Soya is a regular kid in high school: he’s got amnesia, lives with a giant humanoid cat, and his maid wants him to defeat seven mecha-wielding superheroes.

I’m contractually obligated to lament that this isn’t the Biscuit Hammer I wanted, but I’m still willing to stick with Planet With on a combination of its own merits and the creator’s proven track record. It’s got a bunch of Mizukami’s hallmarks: a squad of super-powered weirdos, an early-00s vibe, super goofy-looking monsters, jokes that don’t ever quite land, and surprisingly effective emotional gut punches. I imagine the plot will follow Soya’s returning memories as he takes down each of the other mecha “pilots”, who’ll each get their little focus segment in turn. Unfortunately, the fights are riddled with mediocre CGI, so what it’s going to come down to is how invested we become in the characters. Here’s hoping Mizukami can pull it off again, yeah?

Jel’s verdict: I’m With It

Even before taking the author into consideration, I can see a lot of potential in Planet With. I think this first episode struck a good balance of establishing what’s going on while also leaving a lot of questions to be answered. I am mostly intrigued by how the show makes us wonder who the heroes and villains are. Based on the information we have now, it kind of seems like the main kid and his oddball companions are the bad guys as they use his weaknesses to manipulate him. Meanwhile, the seven heroes appear to at least have good intentions and you can’t help but lean toward taking their side, but there are still too many questions to know if they’re in the right. What are those giant floating teddy bear things and are they friend or foe? Same goes for the maid and the purple cat monster sensei thing. We just don’t know.

More important than leaving us with questions though is leaving us with questions we want to answer. By diving into our first hero’s head and seeing what he is fighting for, we manage to establish an emotional, personal connection with this story in just a few minutes. I think this is where I would factor in the author. Mizukami’s greatest strength is developing satisfying emotional payoffs and you can see the foundation for that being built in this episode. There are a few minor things I could nitpick like the rushed first half and some rough looking CG in some spots, but so long as Planet With can build on this foundation those are all details we’ll forget in time. I’m really looking forward to seeing more.

Zigg’s Verdict: Once More, With Feeling

Even leaving aside its illustrious pedigree, I found a lot to like about Planet With, and some things which concern me too. The big, broad mix of goofy comedy and more genuine, heartfelt emotion is typical of Mizukami’s work and is a good vibe that’s generally pretty well balanced between the two extremes in this episode. There’s already the makings of a decent conspiracy to be unraveled and I look forward to some ambiguous tension around who the good and bad guys really are. The bizarre animal robot designs are pretty neat too and there’s some solid, if limited fight choreography happening. I will say the show looks kind rough, even outside of the obviously jarring CG segments, and the character and environment design could probably best be described as ‘workmanlike’. There’s also always the chance that the show could slip too far into saccharine melodrama or unfunny comedy, but that’s something to be seen in future installments. I’ll definitely be watching for a least a few more weeks. 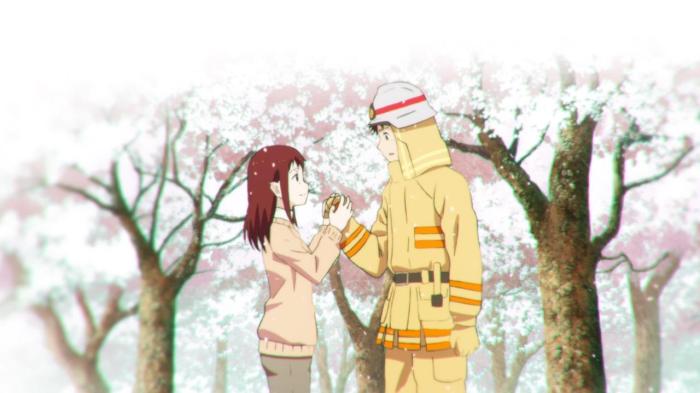 Gee’s verdict: Literally The Only Reason I’m Going To Keep Watching is Because of Satoshi Mizukami

Let it be said, Planet With leaves a middling first impression as far as mecha anime go. Soya is kind of an unlikable protagonist and barring some good emotional moments involving side characters that have nothing to do with the main cast, there isn’t a ton to work with here. Throw in some really shitty CG mecha and a surprisingly weak art direction and I would totally understand why someone wouldn’t be immediately enamored. That said, there is one single factor that keeps it all together, and that is its writer, Satoshi Mizukami. For those unfamiliar, Mizukami is responsible for writing some of the most compelling and charming manga of the last 10 years, such as critical darling Lucifer and the Biscuit Hammer, Spirit Circle, and Sengoku Youko.

Every Mizukami work is a rough but gleaming gem, filled with oddball concepts and huge ensemble casts of memorable characters. I have zero doubts in my mind that Planet With will eventually come around. Why? Ironically, because of Mizukami’s biggest weakness: He’s not great at writing opening chapters. Mizukami’s work unilaterally have some of the most satisfying endings I’ve ever read, they’ve filled me with all kinds of emotions that most manga struggle to evoke in their entire runs. They also almost always have fairly weak openers. My suspicion has been that while Mizukami is the uncontested master of juggling a large cast and making them work off each other in interesting ways, he sometimes struggles at the start when he only has two or three primary characters to work with. But as he’s given more time to introduce more characters, they almost always inevitably start playing off each other in increasingly fascinating ways.

And so that’s why despite my initial misgivings about Planet With, I’m still ready to believe in it. Lucifer and the Biscuit Hammer is one of my favorite manga that isn’t Golden Kamuy and that also started off with a really unlikable protagonist, so I have a lot of faith in Planet With’s ability to eventually pull back the curtain and reveal the ultimately satisfying long game Mizukami is playing. This wouldn’t be the first time he’s tripped at the starting line only to reveal that tripping was part of his master plan to tell a heartfelt story about friendship’s power to save us from ourselves, that children shouldn’t inherit the sins of their parents, or love and forgiveness overcoming lifetimes of hardship that leaves you misty eyed by its closing pages. He’s just that good. Now does this mean that if you really didn’t like Planet With, you should keep watching? I can’t answer that definitively, but I think if you found pieces of Planet With that you enjoyed, I’d encourage you to stick with it a little longer. Like a diamond in the rough, time only makes Mizukami’s stories shine even brighter.