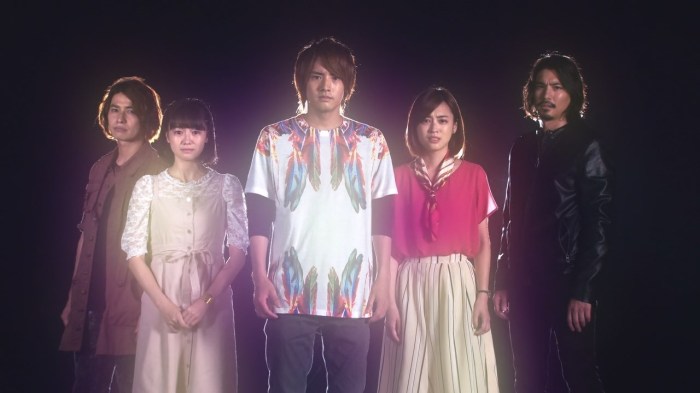 It’s the final showdown between Build and Evolt! No, for real this time! Honest! It has to be, it’s the last episode!

All along I’ve been pointing out that it’s really difficult to care what happens to our plucky gang because the show is inevitably heading towards a finale where the universe is rebooted. Guess what, that’s exactly what happens here, and the result is just as underwhelming as you’d expect it to be. It’s not impossible to write an ending like this well, but Build has never had the necessary level of nuance and structure to its plot to engender that reaction, and consequently what this finale inspires is mostly apathy. It’s not bad enough to end the show on a sour note, but neither is it good enough to leave me with anything other than a negative impression.

Build doesn’t really help its case by deciding to spend a good chunk of this final episode on, you guessed it, a fight between Evolt and Build. Look, I get that it wouldn’t be much of a finale if you didn’t have a fight between the hero and the bad guy, but as noted before the show has just drained all the novelty and tension out of this particular confrontation by doing it over and over and over again. It doesn’t help that they also hurriedly write out Banjou through yet another overused gimmick, namely Evolt absorbing him. It’s so sudden and the presentation is so slapdash that it’s almost comical, the toku equivalent of Banjou having to go because his planet needs him.

As it is the fight is…fine. Sentou going backwards through his various forms is a neat touch, but yet again the show decides to double down on one of the sins that has dogged it throughout the entire run. In this case, it’s too many bullshit powerups, as they somehow cram in one final form here, courtesy of Banjou somehow turning into a bottle? Yeah, I’m just as baffled by that as you probably are. Regardless, the subsequent Rabbit/Dragon form is utterly terrible, partially because it’s just a palette swap, but mostly because Toei commit the mortal sin of cheaping out and going all CGI for this form. I don’t think it’s too shocking a statement to say that the CGI in Kamen Rider is mediocre at best, and the cool suits are consistently one of the best things on the show, so to deny us even that is pretty rough.

Another thing which is pretty rough is how much this final battle decides it wants to lean on the Sentou/Banjou partnership, presenting them as best buds forever and a united force that can defeat Evolt with THE POWER OF FRIENDSHIP, and I’m sorry but it all feels totally unearned. Sentou and Banjou’s chemistry has been tepid at best, and though the show has constantly tried to paint them as bickering buddies who’ll come through when the chips are down, it’s never really delivered true camaraderie or anything approaching emotional honesty. That’s partially due to poor writing, partially due to some limited acting ability between the two of them, and mostly because the show just can’t stop pivoting to dumb comedy anytime anything remotely meaningful happens. The net result is that none of this finale rings particularly true from a character perspective and mostly feels like a shoehorned emotional arc inserted in an attempt to add gravitas.

As it is, even the ‘perfect parallel world’ conclusion is disappointingly half-baked. Given the shot at an entirely new reality, the writers do just about the the safest, most boring thing possible and just have everyone in the ideal version of their starting role. So Gentoku is back as his father’s assistant, Sawa is back on the reporter’s beat, Misora and Isurugi are back to the cafe business etc. There’s no attempt at re-imagining any of the characters at all really, and no heed given to the consequences of what completely rewriting reality might entail (aside from a few admittedly funny in-jokes, such as Utsumi trying to break a metal rod across his leg). There’s also no attempt to address the idea that anything was lost or sacrificed in this transition (especially since we never saw the ‘other’ world that the show reality merged with) and consequently the entire scenario just comes off as the simplest, most consequence free use of the reset button you could possibly imagine. Oh and Banjou showing up makes absolutely no sense whatsoever, especially since the entire point of his attempted sacrifice was he’s still part Evolt…somehow. Sentou’s attempt to frame the entire show as a story he’s been telling is cute but totally unnecessary, and though the writers are doubtlessly shooting for a satisfying feeling of coming full circle, instead I just got what I’ve been getting from the show for quite a while now – a sense of smug satisfaction that’s entirely unearned.

Join me on Sunday as we finish the fight and put the lid (ahem) on Build for good in our Final Thoughts post!