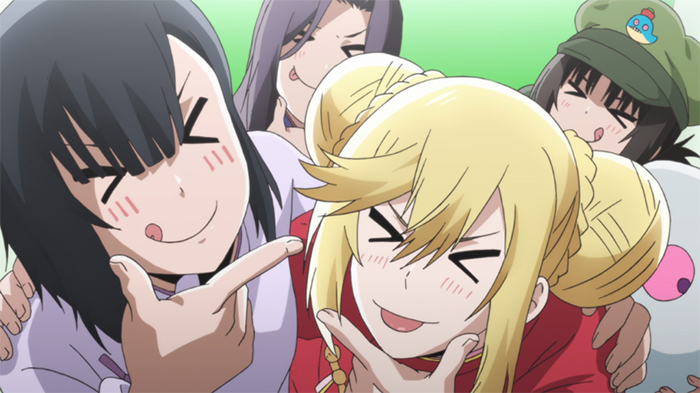 Apologies for the late post, I’ve been away from home the past few days. But hey, we’re back now and we even have Artemis with us this week! As for the anime, the Roundup shows were mostly solid across the board, although you may notice the conspicuous absence of Revue Starlight. Sorry folks, it was time.

Artemis: I’ll admit it, I’m still a little salty about Shorter’s forced betrayal of Ash – a betrayal that would have been so much more impactful if the OP itself hadn’t given the game away right from the start. But then, I’m also profoundly glad that neither Max’s ex-wife nor his son were killed off (or worse) just for the sin of being of being a woman and child respectively in this series, so that does work to balance things out a bit. Meanwhile, Yut-Lung is still my favourite character of the show, if only because neither his motives nor his emotional reactions are as clear-cut as any of the others. He’s an antagonist because of his current actions, but he also has a very personal score to settle and isn’t just another leering, abusive-for-the-fun-of-it bad guy with zero qualms. Banana Fish could definitely use some more complexity, and I think Yut-Lung brings that to the table.

Jel: Even with the handful of fan service shots, the first two segments were pretty solid comedy. Adding Yuki as a catalyst to get Chio and Manana at each others throats is one of the show’s better setups. The second segment was maybe a little long but the bit on the roof in the end was worth it. It’s the third segment that is the real curveball. Momo’s backstory is the first time we’ve had an unironically serious moment. I spent the entire time waiting for the shoe to drop and it never did. I guess I’m OK with that every now and then, it will certainly make her next showdown with Chio and Manana more interesting. Unfortunately it seems like we’ll be getting less of that and more of criminal pervert homeless man next week, so prepare for more complaining in the next Roundup. 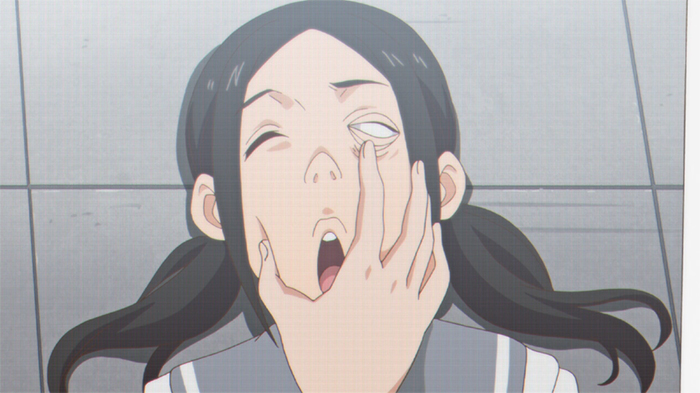 Marlin: This was really the worst time to try and sell the new MHA movie with a tie-in. This arc was already moving along at a leisurely pace at best and deliberately sandbagged at worst, so to stop what seemed to be a fun action bit for a lackluster promo put a cap in the show’s already beleaguered momentum. As Iro pointed out to me, I couldn’t be too mad at the setting’s apparent lack of internal consistency, as non-canon storytelling has been a hallmark of Shounen Jump movies since Dragon Ball Z. What’s really disappointing is how bizarre the characters act and how nonsensical the resolution to the story is. Bakugo has barely shown any good teamwork, so to have him give the good idea to Uraraka out of nowhere just felt wrong, and to have him just burst in afterwards made the whole scene feel very schizophrenic. Then, with the detective story, we’re supposed to expect that Deku can figure all this out despite the fact that Midnight’s character is completely unfazed in questioning, or that no one else could have called the cops when this villain barged into the store looking like a Mad Max reject. Overall, an unwelcome sidetrack. Let’s get back to the real deal.

Jel: This episode was so gloriously stupid that I was legitimately laughing out loud through most of it. A lot of that stems from Hanako being barely believable as a human being. I don’t know if she’s just dumb or years of lies from Maeda have messed her up that bad, but either way it’s hilarious. It’s interesting too that most of the episode was taken up by the third segment, in which the girls were just doing stupid random dares and there was nothing really special going on. Early on I complained about this show needing some bizarre, crazy elements (like the fake bacteria themed Pokemon GO in the first segment) and yet the girls just hanging out proved to be best part. 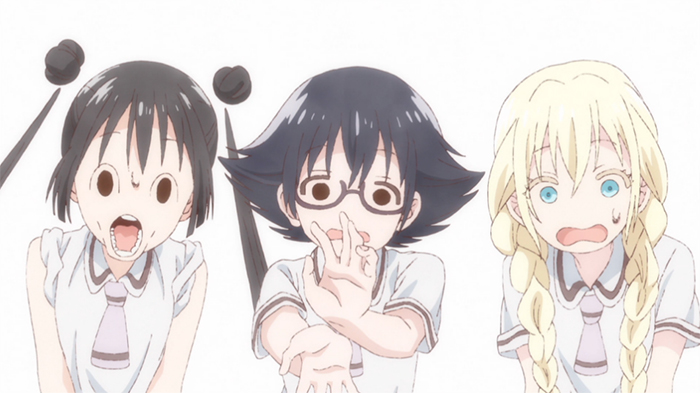 Jel: This episode took us exactly in the direction we were expecting with everyone’s real power being inside them all along, and yet it was still a pretty great episode. I’m glad the former Paladin members still have a part to play and we learned a lot more about Benika, which was badly needed. Probably most important was breaking down Soya a bit. He’s been in bad need of an attitude adjustment since the first minute he’s been on screen so letting him crack a little was great. I particularly love when they yell at him to stop acting like a child and he reminds them that he still IS a child, what do they expect? It made me find him a little less annoying for now, and I just hope they continue to move in that direction.

Jel: This episode was WEIRD. It was almost like they decided to pretend the first time we met Connie never happened. She doesn’t seem like the same character. I don’t know if they are supposed to be like, reversing her role with Ayano from the other episode or what they are thinking. Ayano herself was back into airhead mode, although that seems pretty normal for her whenever she’s off the court. I think I would have actually liked this episode had Connie been characterized like this in her first appearance as her efforts to be Ayano’s sister would have been kind of sweet, but with the context we have it’s just bizarre. All I know is I am glad Ayano’s mom finally showed her face and maybe now we can move forward.