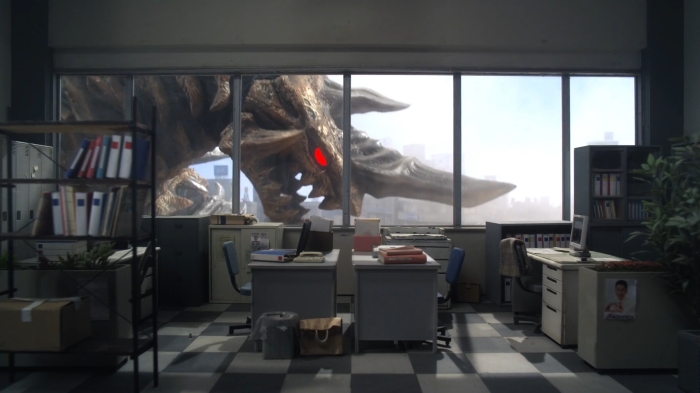 First things first, I wanna address the Asahi stuff very briefly. Yep, we didn’t put the hints together, and we don’t follow any Ultra-loving communities to see the idea from others, so our thoughts are accurate to an Asahi plot twist that, to us at least, came out of nowhere. I went back to episode one to check out the Asahi oddities that had been mentioned in the comments (thank you, by the way!) though I don’t think I agree on her acting strangely enough for us to have noticed back then. It’s absolutely correct that she’s not mentioned at all and just shows up out of nowhere at the end, but you have to bare in mind that she appears in the opening credits, and having a significant character show up suddenly like that is pretty in-line with other toku shows. The small moments that happen between that and episode twelve’s reveal were noticed, but I think went largely ignored because actual foreshadowing is so unexpected alongside hammy acting and a swathe of undeveloped characters – we were too busy looking for someone to walk in with a picket that outright said it. Credit where credit is due though, the foreshadowing was there.

Onto the episodes themselves, though there’s not much to say about 13. For the most part it’s a recap episode, explained in universe as Blu and Rosso telling Asahi about what they’ve been up to as Ultramen. It does push the story along ever so slightly though, as we get more confirmation from Papa Minato that Asahi hasn’t been around for as long as their memories of her suggest, and he outright asks her who she is. It’s quite a strong note to end an episode on, so it’s rather unfortunate that it’s attached to a recap episode a lot of people aren’t going to watch, and that it’s pretty much hand-waved away at the start of episode 14. It makes sense that it happens, but I wonder if there’ll be a bigger confrontation later on, even though Asahi doesn’t seem to know more than he does.

Episode 14 is a lot better than most of our recent episodes, even setting up some larger plot points. As insignificant as the fight was, the early battle versus the space narwhal was a good bit of fun, and I think I want to keep one as a pet. The rest of the episode was all about Asahi and the goth alien, where we finally see the two of them interacting. We’ve seen some shots of goth alien staring at Asahi from a distance in previous episodes, so I’m pretty certain there’s more to their relationship than is being let on. During their brief meeting, Asahi is repeatedly asked questions about how she knows that her brothers are, in fact, her brothers. This doesn’t seem like alien curiosity in the same way she mention Asahi was warm and smelled nice, and given Asahi herself has now twigged that something’s not quite right, the two may end up chatting again pretty soon.

Goth alien herself spent much of the episode up to no good, giving Asahi two powerful Ultraman Pogs knowing they’d find their way to Rosso and Blu. On this, it is possible that she doesn’t have a particular interest in Asahi and only chatted with her to give the Pogs over, but given how that conversation ended up going I don’t think this is the only reason. She definitely wanted those Pogs in the possession of the Minato family though, to see them used against Aizen who’s been given a more powerful monster and a stronger transformation device. Goth alien’s motives are still unclear, but she does tell Aizen that she dislikes weak Ultramen. Given he is currently unable to transform into Dark Orb, I find that an interesting comment to make. She’s certainly testing Rosso and Blu, but what is the test in aid of?

With Asahi and Papa Minato finally having something to do, plus seeing Goth Alien actually doing things, the show does feel like its character development is starting to come along. I still think that Rosso and Blu are getting the short end of the stick, and no, Blu’s reiteration that he’s a space archaeologist in episode 13 really doesn’t move the needle on that, but they continue to have intriguing surroundings. Asahi’s origin appears to have taken centre stage over the missing mother plot, which is fair enough, but I hope we see that pay off in a good way soon. Assuming, of course, that we haven’t missed all the clues already.

I am nothing but questions.

Is the cute gay whale a riff on Godzilla’s whale pun name? Is it okay to kill it, when it does nothing to actually harm anyone? Is asking your daughter who she is a super shitty thing to do? Are Goth Alien’s eyes canonically behind contact lenses, or is that actually what they look like? Will we get a name next time? How complicit in her role is Asahi? Is only painting the nails on your thumb and index and middle finger a good fashion strategy? If so, do good fashion strategies help you hack Aizen’s computer?

I guess I wouldn’t be surprised if the drone that we’ve seen being the interface to Aizen’s network has been programmed to respect fashion above all else.