Hello, and welcome to All Your Monies, where The Glorio Blog’s resident toy and figure collecting crew (and Iro) will run down the last week’s new pre-orders, turning a loving or scathing eye over what’s been put out for you to spend your hard earned cash on. This week we have cats, motorbikes and Wobbuffets! A quick programming note also – AYM will shift to Wednesdays from next week.

Zigg: Saitama is a fantastic character but his design is by nature very simple and so he doesn’t really make for a stunning Nendoroid. His giagantic bald head is very charming but it’s kind of limiting expressions and accessories wise, and overall this feels curiously underwhelming. Bonus points for being a rare male Nendoroid but I’m still not quite totally onboard with it.

Jel: I know this is a perfect rendition of the character but the bald head and blank expression make this a pretty visually boring nendoroid. It’s definitely they type you buy because you’re a fan and not because you want something pretty on the shelf. Personally I think anything OPM related is better suited for figmas but this is reasonably priced and I know there are tons of fans, including our staff, so still might be worth it.

Iro: Saitama’s cartoony design works well as a Nendo, but I’d argue it would work way better as a figma. That way you could have one silly cartoony head and one super serious head, just like the show.

Zigg: I’m a defender of The Rolling Girls so I’m thrilled that any sort of merch is coming out and even more overjoyed to see something as nice as this. Nozomi herself is as cute as a button in the way all the best Nendoroids are and her outfit works really well shrunk down to scale. The bike is the real star here though, and I’m already gleefully considering the possible pairings we’ll see out of this acessory. A bit pricey but very much on my want list.

Jel: I have to admit, I did not believe any of the Rolling Girls related merch was ever going to see the light of day after how spectacularly the show fell apart, both from a technical standpoint and in popularity. I’m still sticking to my prediction on the incredibly ambitious scale figure, but I’m glad we got this at least. Obviously the bike is the highlight, but Nozomi herself looks adorable with her giant nendo helmet and cute dress that *gasp* is not a school uniform. My only questions now are can we fit another nendo body in the sidecar and how will I ever get this song out of my head?

Iro: Maccha Green or nobody!

Zigg: I’m not really too fussed about Bulma being used as cheesecake here because, let’s be honest, that’s also what she spent a large part of the Dragon Ball manga doing. But this is a bad sculpt, what with the extreme back-breaking pose and comedy anti-gravity breasts. It’s not like Toriyama’s art style is especially suited to beautiful ladies either. Pass.

Jel: Forgive me if I can’t remember if this ever happened throughout the course of the hundreds of episodes of Dragon Ball that aired 20-30 years ago but that kind of seems like an outfit Bulma wouldn’t be that enthusiastic about. I also don’t remember her being that uh, well endowed. I guess there is room in her character to attempt a sexy figure, but I’d much prefer something where she’s getting her hands dirty.

Iro: It isn’t really Toriyama without bunny girls (see also: Dragon Quest) and I’m pretty sure this probably happened in Dragon Ball? On the other hand, she’s got the Vanillaware pose going on, which is always kind of off-putting. 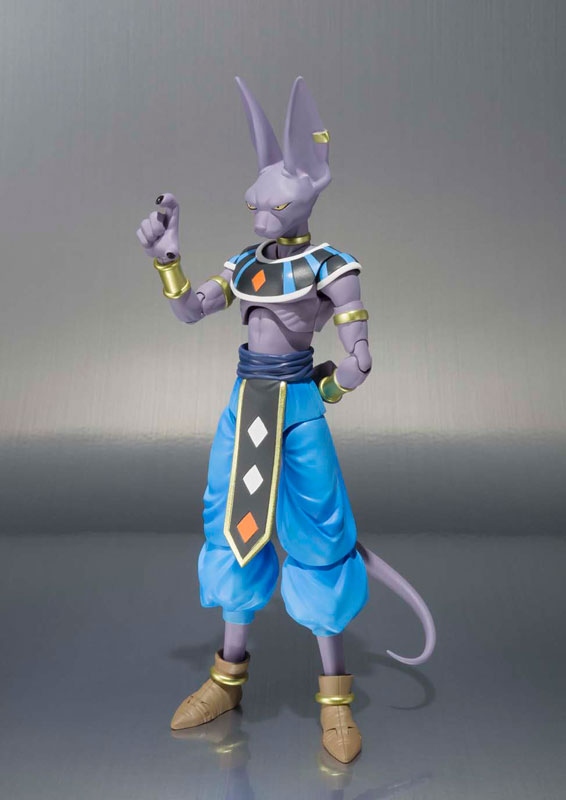 Zigg: I think Beerus has a pretty cool design and there’s some great accessories to spice up this figure, like the angry face and especially the yawning face. It definitely seems they’re scraping the bottom of the Dragon Ball barrel now but it’s still a nice little figure for those who are somehow really into the new movies.

Jel: Does anybody actually like Beerus enough to spend money on a figure of him? The sleepy yawning face is pretty great though.

Iro: As far as Dragon Ball‘s movie characters go, Beerus isn’t the worst, but he’s also not the best. That honor probably goes to Icarus the dragon. What ever happened to that guy, anyway? 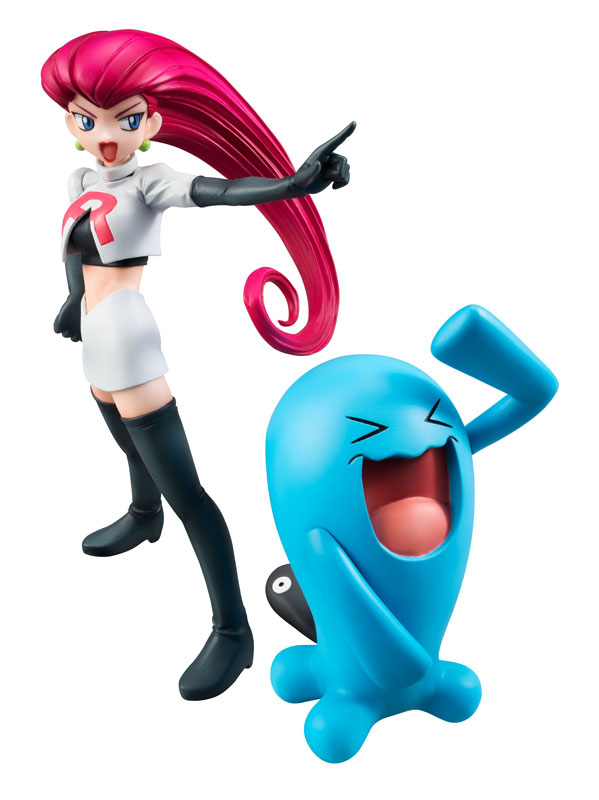 Zigg: Even after all these years Jessie is still ap retty great design and she’s reproduced in jsut the right day-glo cartoon tones here. It seems pretty rough to split her and James into two separate products since you’re obviously going to want both, but at least we get the wonderful Wobbuffet to make up for it. Definitely recommended with the proviso that you buy the other two too.

Jel: Hey it’s uhhh Team Rocket and uhhh don’t they rhyme or something when they introduce themselves? I don’t know, I was too old to watch the Pokemon cartoon but hey, this does look pretty cool. I think it’s the poses that really make this work. Having Wobbuffet fit nicely under her arm makes the set look good together. Now we can just patiently wait for James and Meowth to complete the group.

Iro: Wobbuffet’s a pretty cool dude, and at this point he’s probably just as iconic to Team Rocket as Meowth. Anyone picking this up is probably picking up the James and Meowth combo that Jel linked above, so you can pantomime their motto and attempt to relive your childhood and stave off the cold, encroaching realities of growing up. Fun!