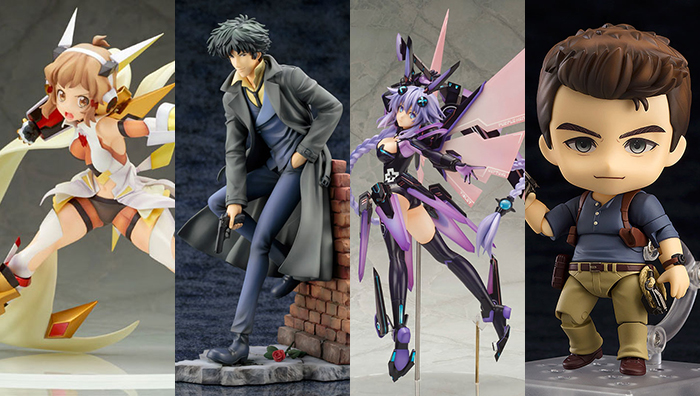 Hello, and welcome to All Your Monies, where The Glorio Blog’s resident toy and figure collecting crew (and Iro) will run down the last week’s new pre-orders, turning a loving or scathing all-seeing eye over what’s been put out for you to spend your hard-earned cash on. This week there are lovely ladies and handsome men, but also a disappointing absence of half-tucks.

Zigg: It’s kind of crazy to me that there haven’t been more figures of Hibiki given her awesome magical girl-cum-robot armour design. This figure handily solves that problem and pairs it with a simple yet awesome pose and a hyper-agressive expression I’m 100% into. Then there are those giant flowing scarves which add the all needed sense of movement to everything. Hobby Stock are still a young company but judging by this they’re on the right track.

Jel: I love this. It’s one of the best figures poses I’ve ever seen, with the energy amplified by those awesome giant scarf ribbon things. The Symphogear designs are not terribly original, but they look decent and are considerably less skeevy then some of the competition. The only other complaint I’d have is the price, but other than that it’s pretty great.

Iro: I’ve heard that Symphogear is awesome and infuriatingly stupid in equal measure, and this figure falls firmly into the former. The mecha musume aesthetic has potential to be really weird and skeevy, but this hits a good balance of action-y while still seemingly vaguely magical girl. I like the big twisting ribbons in particular.

Zigg: I really like that Kotobukiya is still mining older shows for the ARTFX line and this figure of Spike really captures the spirit of the show and its elegant, almost Lupin-esque artwork. There’s a wonderful level of detail in the sweep of Spike’s coat and the crinkles of his suit, and the whole thing just radiates the sort of 90’s cool the series built its reputation on.

Jel: I probably would have bought this instantly 15 years ago before I kind of fell out of love with Cowboy Bebop. It’s a fantastic rendition of a classic character, perfectly capturing Spike’s personality in his expression and pose. The detailed base and the rose are also nice touches as well, you really couldn’t ask for more. Well, I can ask for more, more figures of characters from old shows please.

Iro: This seems fine. Cowboy Bebop has a mythical reputation in the West that few shows can match, so I can’t be too surprised they’re still cranking out figures for it. If you still think Bebop is the best show ever made, I guess you could drop the cash on this? 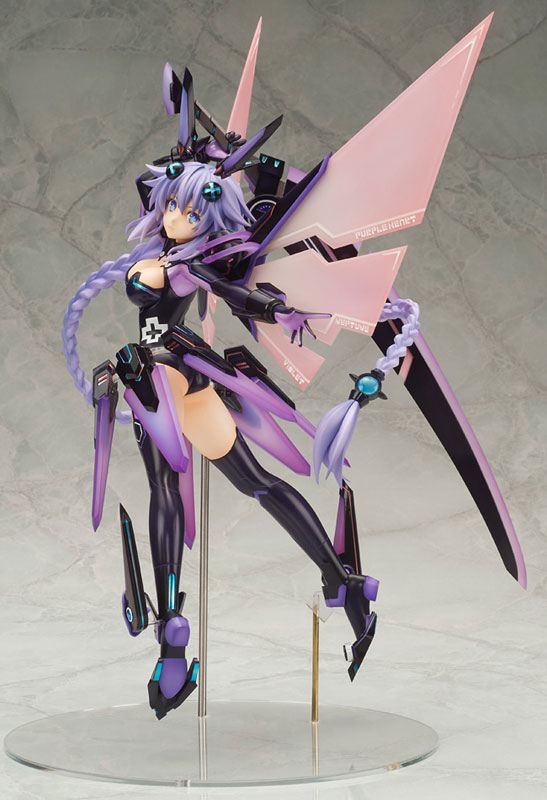 Zigg: This figure perfectly encapsulates the two sides of the hobby two me. on the one hand it’s an extraordinary looking, incredibly complex design don superb justice by Alter, who bring their trademark level of detail land craft to deliver a superlative rendition. on the other hand it’s as bland as bland can be, an unmemorable figure of an unmemorable character from a duff franchise that keeps getting more merchandise because it’s packed full of scantily clad girls. Brilliant but boring as sin.

Jel: While this is an extremely well made figure, I would take the Hibiki from earlier over this in a heartbeat. Sure the design is totally bonkers, but it feels so lifeless by comparison. The flat expression and extra skin showing turn what could be a cool, powerful figure (like Hibiki) into plastic waifu bait. I probably wouldn’t be so hard on this in other weeks but when we have a better example of how to do this type of character design in the same post I have to point it out.

Iro: Remember how I was just talking about how the mecha musume aesthetic can be unpleasantly skeevy? Despite being actually pretty similar to the Symphogear figure, this is actually way lamer because it emphasizes her T&A instead of what could have been a cool action pose. This is why we can’t have nice things.

Zigg: This is an outstanding Nendoroid but Bakugo is such an abominable piece of shit I just want to buy this and then repeatedly stomp on until its nothing more than a bunch of plastic splinters.

Jel: THIS little punk… I want to buy this just to smash it with a hammer.

Iro: Bakugou’s grenade costume is still incredible but man is Bakugou still a shithead. Plus, this can’t hold a candle to Deku’s crying face. 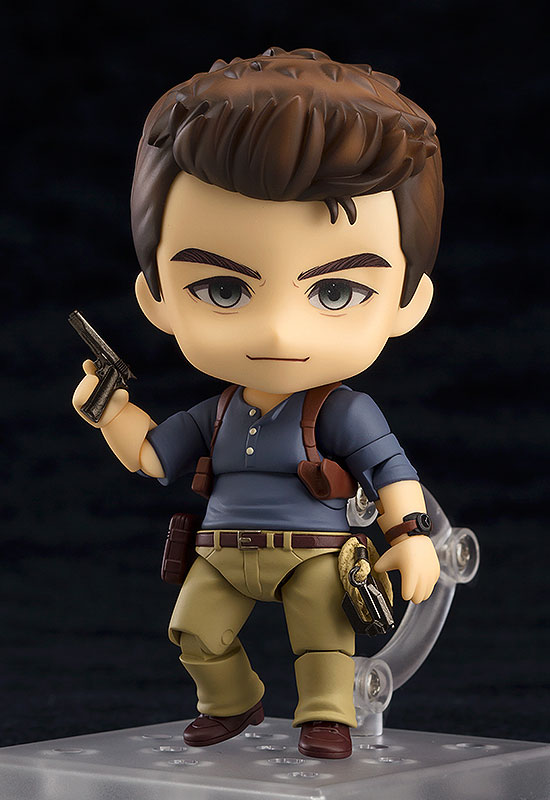 Zigg: It’s always fun when Nendoroids take a sharp left turn out of anime & manga but choosing one of the most boring and cliched characters from one of the most boring and cliched game series of the last decade is not a great move. That default face is just unbelievably dull and has a hint of Tim Buckley-style sameface, something I wasn’t even sure was possible in 3D. But if you bough this and started putting, say, Love Live character heads on it…

Jel: It’s well-known among the Glorio crew that I hate the Uncharted series, so I kind of also want to smash this with a hammer. Or maybe punch it in its smug face. That said, my favorite nendoroids that I own is the original Iron Man with moe Tony Stark so I do love when nendos step outside the anime world. So if you do like Uncharted for some reason, this is pretty nice.

Iro: Where’s the half-tuck? Without Nathan Drake’s iconic half shirt tuck (c) this is actually just a nendo of a shithead white guy who murders hundreds of people while making bad one liners. Nathan Drake wouldn’t do that.