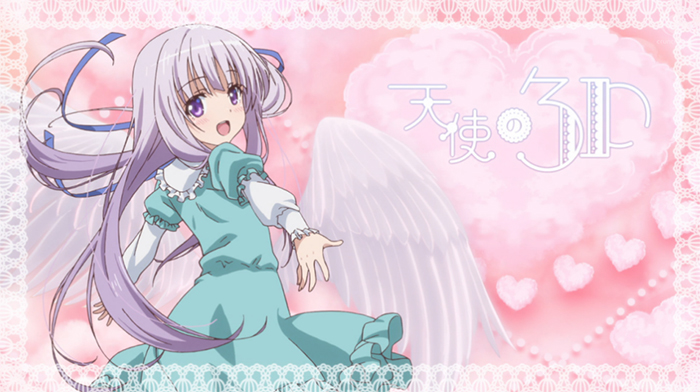 Kyou is a shut in who can barely speak above a whisper, but he’s so passionate about song writing that he posts his music online. A fan asks to meet him for a collaboration and to his surprise it turns out to be an elementary school girl. The girl and her two friends ask for Kyou’s help to set up a concert for their orphanage.

I thought it was going to be a long time before we had any series approach the level of fury that Eromanga Sensei inspired in me, but Angel’s 3Piece sure is coming close. Let’s get the least worst thing out of the way first: I am already fed up with socially inept shut in protagonists but making this dude barely able to form audible whispers drove me completely insane. Couple that with the first girl he meets being unable to stammer out complete sentences and their dialogue was like nails on chalkboard. I am amazed I survived this entire episode, and that’s before getting to the worst parts of it. 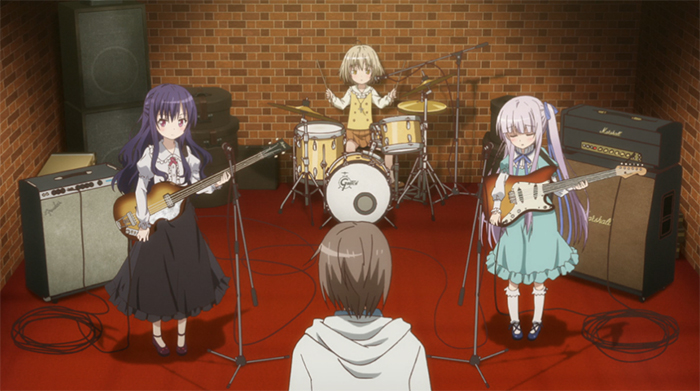 This being an anime involving elementary school girls, you probably know what the worst part was. Angel’s 3piece could have been a sweet, innocent story about a shy boy learning to connect with his community through music, but that possibility goes out the window once the camera starts leering at 10 year old Jun, like literally right after she says “I’m ten years old”. If there was any doubt left by the end, one of other girls offers to let Kyou cop a feel if he helps them. Oh, that and the episode title is “Heart Throbbing for Elementary School Kids!” so I guess that should have clued us off from the beginning.

Hopefully I don’t have to explain why that is bad and we can leave it at that. What I really want to talk about is how these girls have a Fander twin and used it to play that abomination of a song they played toward the end. Good music would not have saved this show but bad music is just a final slap in the face. The only question now is if Angel’s 3Piece has made me angry enough to un-retire #HATEWATCH this soon. Stay tuned…