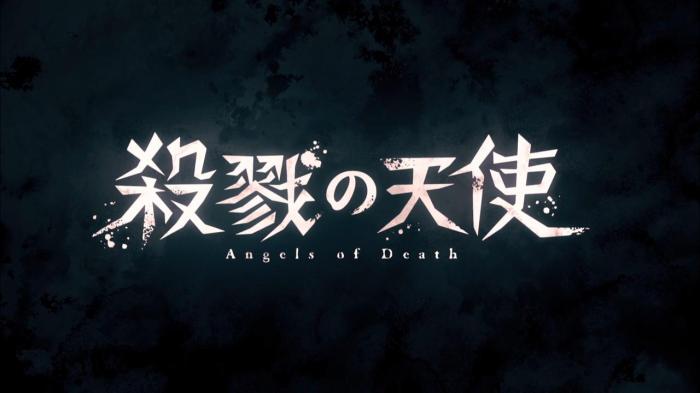 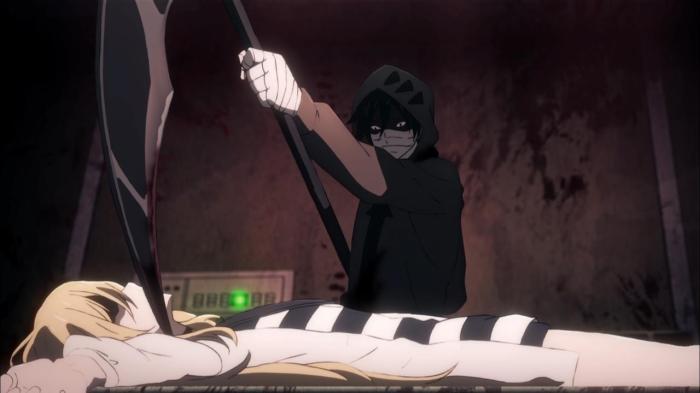 The first half of this premiere was mildly intriguing, with some solid shot composition, unsettling atmosphere, and distinctly room-escape-game feel. The second half was thus rather disappointing, going for cheap creep-factor with Evil Doctor and rape imagery. Plotwise, there’s some clear setup being done for the show to be carried by the odd couple relationship between Rachel and Shouty Scythe Man (voiced by Bakugo from My Hero Academia), and I imagine the two will work their way up the floors and fight various quirky “bosses”, with some kind of dark twist about their true natures waiting at the end. Personally, I’m just not interested in this kind of schlocky slasher stuff, but I suppose it was better than expected; I’ll give it one more for the Masaaki Endoh OP and see if it holds my attention.

There’s definitely much more to this than I expected, and at its best this episode conjours up some classic horror imagery to great effect. There’s overtones of slasher flicks, locked-room mysteries such as Cube or Zero Escape, and a grimy, flickery violence which calls to mind torture porn classics such as Hostel and Saw. The script does a decent job of teasing out the tension and mystery and there’s some neat visual flourishes which add considerable atmosphere to the whole affair. With that said, the pair of killers here are a bit overtly anime for my taste, and do quite a lot to disrupt the atmosphere that’s been built up. The show doesn’t really seem able to decide whether it’s trying to be a serious psychological thriller thriller or something far more cartoonish and schlocky, and the resulting disconnect hurts the show. Still, there was enough intrigue here that I’m tempted to give it another episode.