Asakusa wants to make anime. Kanamori wants to make money. Fate brings them together with Mizusaki, an up and coming model who’s true passion is also anime. The three band together to make their dream anime world a reality. 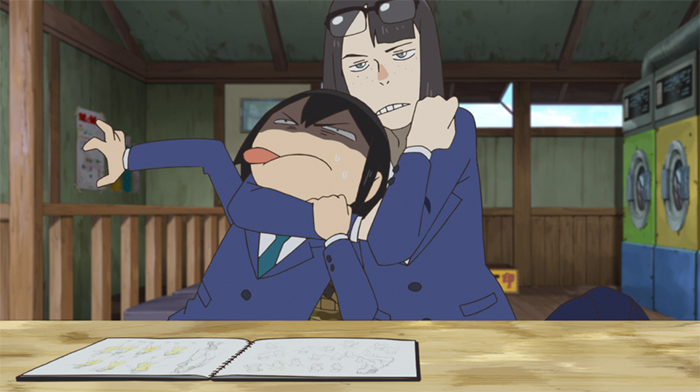 Jel’s verdict: Hang on to this one

I have a personal aversion for fiction about making fiction. I am interested in the creative process, but I guess you could say I don’t care to see how the sausage is made when I’m eating the sausage. On top of that, we’ve seen plenty of other anime about making anime over the years. It’s been done enough. I wish the insane amount of talent behind Keep Your Hands off Eizouken! was applied to almost any other topic.

That said, if you MUST make anime about making anime in 2020, you can’t do it any better than this. It looks stunning. The world of Eizouken is warm and weathered, but still colorful and full of imagination. The hook is when the characters dive into Asakusa’s sketch book, creating some of the most visually striking scenes of anime that I’ve seen in a long time. 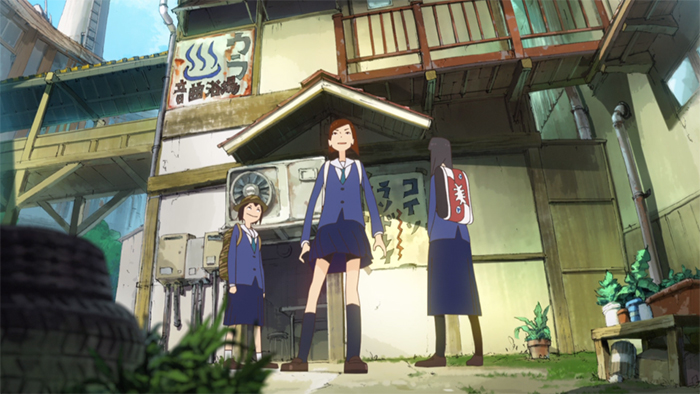 My favorite part though is the characters. Asakusa, Kanamori, and Mizusaki each bring something unique to their group chemistry. I particularly love the inclusion of Kanamori’s cold blooded business acumen as a counterbalance to the head-in-the-clouds optimism of the other two. Whether they are being supportive or delivering some good natured teasing, they’re just fun to watch.

I’m still afraid this show will devote way more screen time to the nuts and bolts of making anime than I care to see, but if it’s going to look this good and be this charming I don’t really care. It still has the potential to be the best show of the season, and it’s definitely worth checking out. 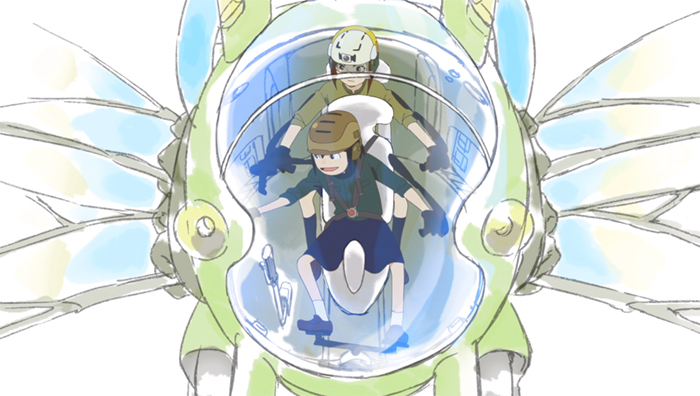 Marlin’s verdict: Keep Your Eyes On It

As Jel said, this kind of topic has worn slightly thin by the year 2020, but knowing this is directed by the legendary Masaaki Yuasa meant it was automatically on my radar. While my opinion on some of the narratives in his works has changed over the years, I’ve never lost appreciation for his unique and dynamic directorial style. Going into episode two, I can already see this is really getting into the weeds on the art of animation, but there is a certain earnestness to the presentation here that makes me appreciate it much the same as I did 2015’s #1 show Shirobako. And while Shirobako was certainly more pessimistic about the life of a modern animator, it’s clear this show is trying to reach back into the roots of nostalgia that fuels their passion.

Yuasa works well with atypical character designs, this show is no different. Our girls are instantly distinguishable and have great gag traits that work well to balance the three of them out. Each one has real smart characteristics that let you imagine the whole character, whether it’s Kanamori’s perpetually clenched teeth that give the instant impression of someone more pensive and cunning, Asakusa’s shortness being easy visual shorthand for her comic relief position, or Mizusaki’s relative normalcy and shorter skirt keying us into her fashion sense. Yuasa also uses a pretty good trick to make these episodes look good: By exploiting the idea of the action happening in the girls’ headspace, his backgrounds can be less detailed while making the foreground more exciting, all without losing that warm pastel effect. I’m definitely sold so far, I think all’s left to see is how good it can get from here. 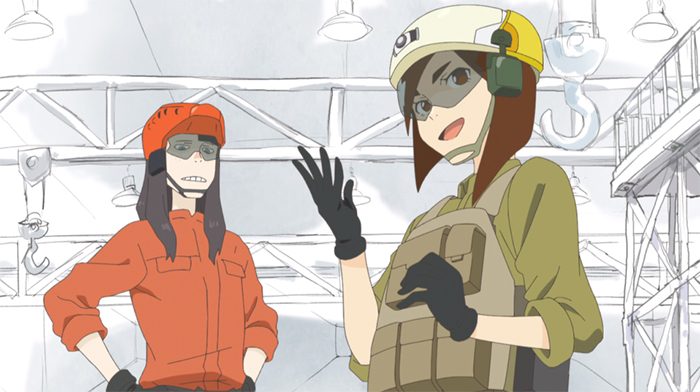 Like Jel, I’m not generally a big fan of media about the making of media. What I am a big fan of though is much loved director Masaaki Yuasa, accompanied as ever by long time collaborator Enyoung Choi. Their remarkable visual talents are definitely the main hook to this first episode, with the imaginary dragonfly ship escape among the more breathtaking sequences I’ve seen in TV anime in quite some time.

Even outside of the visuals though, I think this episode moves along at a nice clip. It helps that all three of our main characters have distinct personalities and that the script avoids getting too bogged down in the nitty gritty of the production process. I think my feelings on this will largely depend on whether they continue with that light touch, or decide to dig deeper into minutiae. While I’m sure that would be fascinating for some, I’d prefer them to stay in the imagination as much as possible.