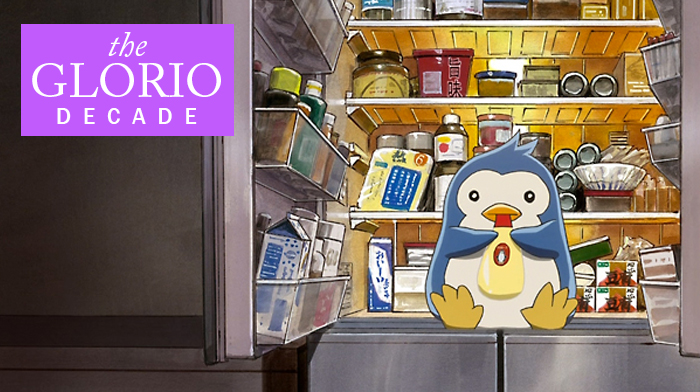 As I look back at all the incredible work that my fellow writers have done on these end-of-decade posts, it strikes me just how hard it is for any of us to quantify what’s ‘good’ and what isn’t. Every year we as a crew struggle and claw and scratch to try and establish a pecking order, and that’s just for the past 12 months. So rather than try and tell you what the best shows of an entire decade were (something Jel has already done rather well), I decided to tell you about moments in time from anime that stuck with me.

To be clear, I’m not saying these are the best shows, or that each one of them would make a personal list from me, but rather that each of these moments spoke to me in a unique and powerful way, and that they persisted long in the memory. It doesn’t matter if what was around them was good or bad, because for one brief moment they were perfect as can be. 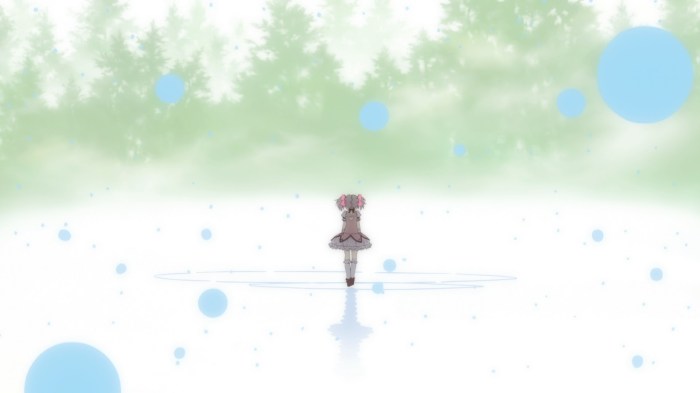 Episode 10 of Madoka is just a string of shocking revelation after shocking revelation, revealing Homura’s true objectives, her unshakable resolve to save Madoka no matter what happens, and twisty-turny time travel shenanigans that have driven her role in the plot up until this point. But it saves its greatest punch for last, as the credits roll over the opening we’ve seen 9 times before, and you cast your eyes over the lyrics and everything becomes clear. The talk of keeping promises and lost futures isn’t about Madoka, it’s about Homura. The show has been hiding the answer to one of its biggest mysteries in front of us all along, before using it as an incredible flourish to drive home everything this episode has taught us.

All along the show has built these two up as polar opposites – the vain, disinterested and aloof Gilgamesh versus the hearty, boisterous man-of-the people Iskander. Yet when they meet, it’s not clashing of two opposite egos we expect, but instead a quiet, almost reverent show of respect between two warriors who probably already know the outcome of the battle that’s about to happen, but are driven to see it through to the end. In a story defined by backstabbings and betrayals, double-crosses and sneak attacks, the confrontation between its greatest villain and greatest hero has a pathos that can’t be matched. 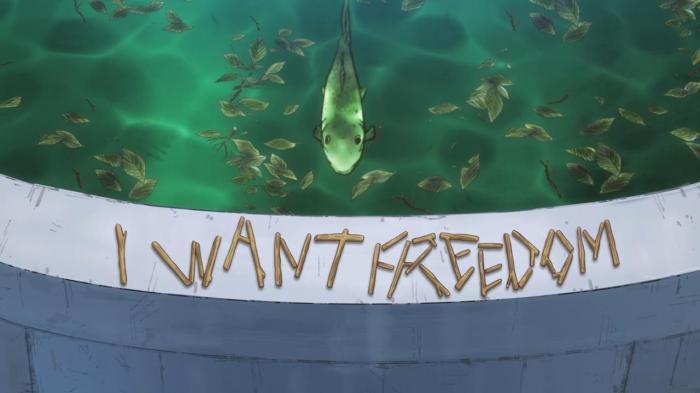 From the sublime to the ridiculous, Classicaloid‘s not short of moments of hilarious surreality. But the adventures of Schubert as transformed into a fish always win out because for me it’ the moment where the show realised it could move beyond its fun ‘composers in the 21st century’ sitcom style and instead embrace all-out lunacy in a way we’ve rarely seen before or since. The impeccable comic timing of the scene, the marvelous semi-broken English, and just the sheer unexpectedness of the outcome make this one a comedy all-timer. 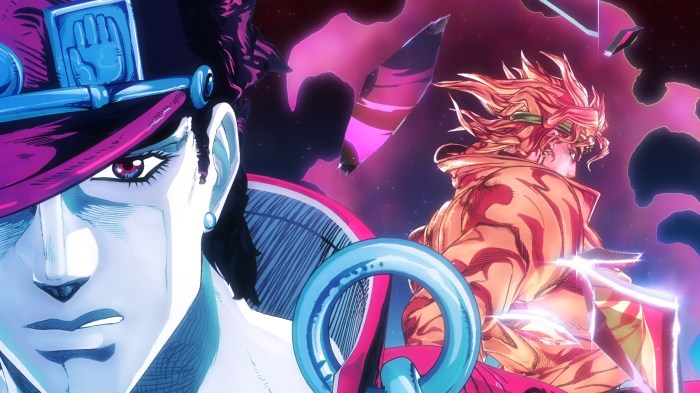 Where Madoka Magica used its ending to make a point, JoJo instead uses its opening for an inspired taste of what we’re about to experience. With the true power of DIO’s mysterious stand The World finally revealed, he demonstrates his power by seamlessly interrupting the opening we’ve been watching for weeks. It’s a bravura bit of storytelling that shows not even the fourth wall can protect us from his awsome power, and whets the appetite for the iconic battle to come.

My Hero Academia – “You Can Become a Hero”

What makes this work is that, even though we’re only two episodes into the My Hero Academia journey, those two episodes have given us a pitch-perfect insight into our young hero Deku. We know that he loves heroes. We know that he desperately wants to be one, but not out of vanity or self-aggrandizement. He wants to be a hero because he wants to help people, and he proves that even without powers he has a true heroes heart. His burning desire to help people is held back only by his own lack of ability. All Might’s statement here is no lazy wish fulfillment, but instead the righting of wrong that Deku has had to live with throughout his young life. Finally, he’ll make a difference. And we’ll get to go along for the ride.

There are so many moments I can pick from Space Dandy but I keep coming back to this one because it’s the first real laugh-until-you cry moment of the series. While the show’s two opening two episodes had been funny, touching and supplied some eye-popping animation, this was the point that Space Dandy let us know just how scattershot and irreverent it would be, the culmination of an episode long joke that just got weirder and weirder, and funnier and funnier, until this perfect punchline capped it off. It’s the template for many of the masterful episodes which followed. 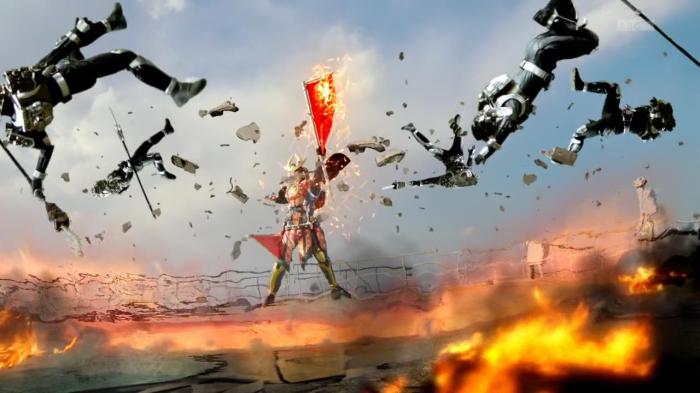 Heroic comebacks are part of the staple bread and butter of fiction. They’re the air that tokusatsu shows breathe – you can barely go a handful of episodes before we come across the hero being beaten down and then rising up again, preferably with the help of a sweet new powerup. But, as ever, it’s different when Gaim does it. Here’ it”s more than a beatdown that hero Kouta is trying to recover from – it’s the knowledge that he, however unwittingly, killed his best friend. That’s heavy stuff for any show, and yet somehow Gaim does a better job of articulating self forgiveness and making mistakes than a dozen serious dramas. And by marrying Kouta’s comeback to a spectacular battle on top of Yggdrasil Tower the show demonstrates our hero is alive and kicking again in the most emphatic fashion. Yes, the CGI is awful but who cares? This is delicious kick-assery in the most satisfying possible manner.

Kunihiko Ikuhara’s return to anime in 2011, after a hiatus of almost a decade, brought anticipation but also a certain amount of trepidation. Had the time away tamed his famously eccentric style? We didn’t even have to wait until the end of the first episode to realise that that fear was unjustified. In the space of two spellbinding minutes Ikuhara unleashes an audiovisual assault of stunning beauty and spectacular weirdness that proved he still had the capacity to delight and dazzle. Equal parts humourous and mysterious, it established Penguindrum‘s breakneck mixture of drama, comedy and symbolism in dazzling style. An apt way to begin what I personally consider the best show of the past decade.

Made In Abyss – The Death of Mitty

The pitch behind Made In Abyss was always that it was cute but DARK, and when that label gets applied to an anime I’m always instantly super wary, because the outcome is almost invariably ‘children get naked’ or ‘children commit acts of heinous violence’. Actually, those are both true of Made In Abyss too come to think of it. But in its closing arc, the show delivered truly adult content by forcing us to gaze directly at the terrible consequences of cruelty and the suffering it brings. Mitty’s death is necessary, because her life is an abomination and this is the only release that she has, but the show never pretends that killing her isn’t also a terrible act, and a sin which will always stay with all involved. It’s a question without any good answers, and we keep thinking that perhaps, as stories do, a fairytale ending can be found. When Nanachi stops Reg one last time before the final blow, there’s even the slightest sliver of hope that this might not have to happen. But it does, and Made In Abyss commits to the act in every way it can.

With SSSS Gridman, Trigger brought finally managed to bring together their unmatched eye for style and passion for animation with a script that delivered pathos, meaningful questions and emotional resonance. Nowhere was this better shown than in the character of Akane, whose journey through torturous self-hatred and bitterness at our heroes eventually arrives at an ending which shows some hope for the future. Even as Gridman gloried in the past and its multiple cheerful nods to the tokusatsu franchise which spawned it, it asked us questions about the nature of reality and the way that stories work. Akane’s awakening is the ultimate gambit in the game which Gridman plays from the start, beautifully using a live action shot to emphasise that the show is done and we’ve ‘returned’ to reality. It’s a sequence which casts everything before it in a new light, and the perfect ‘eureka’ moment to end a story on.

For her, the dream is over. For the rest of us, it’s still going strong.

One thought on “The GLORIO Decade: Ten Years, Ten Moments”