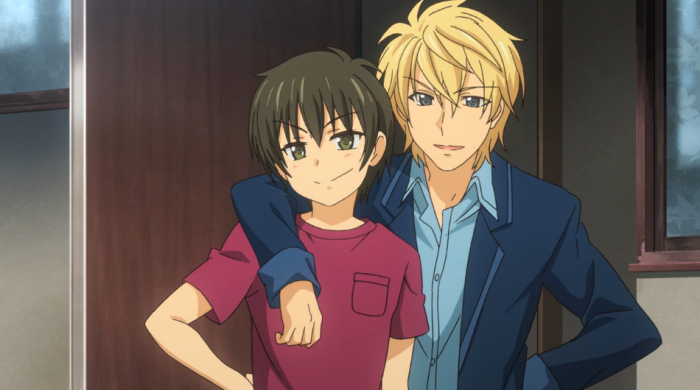 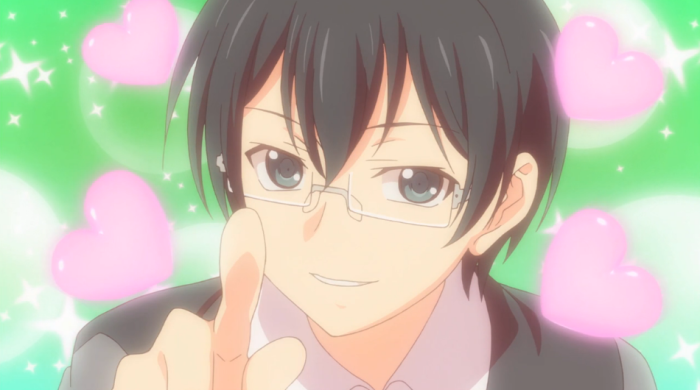 Recap: Banri does Mitsuo a solid, and later tries to patch up things between him and Chinami. After a great day chilling out with his friends, Banri has another talk with Linda that may be more than it appeared.

Golden Time continues to be the highlight of the week for me. That scene with Mitsuo was just pure gold. I don’t think the animators could have put a better grin on Banri’s face if they tried. Add Koko’s signature bit of crazy in her reaction to Chinami and I had a smile on my face the entire episode. It’s nice to see some resolution to that more minor of debacles that arose from the tumult of Episode 6. Chinami really does care about Mitsuo, even if it isn’t romantically, and it really hurts her that she won’t let her have a say. I’m not sure why amusement parks seem to be the only place outside bars anime characters want to go to, but seeing them on the carousel, bonds mended, was really sweet.

Idno about you guys, but even before this episode I’ve been a big fan of 2D-kun. By far the most secondary of characters, he still has a life of his own. You can tell the only reason we don’t know more about this guy is that he’s just not the focus character. He’s just as funny as Banri, he’s just as personal. It just seems that after the Tea Club incident he grew an Otaku’s cynical heart about romance, otherwise he’s a fun guy to be around. Do you see him up on that giraffe? I cannot tell you the amount of joy I got from watching him. It’s like I could feel how happy he was to be bro-ing out with Mitsuo and Banri.

It looks like the Linda issue isn’t going to go away immediately. This episode’s flashback kind of clashes with the message of the old one, where Linda seems genuinely torn about the idea of dating Banri. If she really meant the opposite, then why does she have so much trepidation? Even so, you can tell when she’s talking to Banri at the very end that she’s holding something back. It makes sense, when someone is in a relationship it’s kind of unfair to just go and tell them you actually liked them. It’s hard to tell for sure, but the end may be implying some Natsuyuki Rendezvous-style ghost possession, as it almost appeared as if the spirit was speaking for Banri. It would be the logical inclusion of even having him hang around, it seems farfetched that he exists solely to explain old Banri’s frame of mind. Will he be able to take more control as the season goes on?