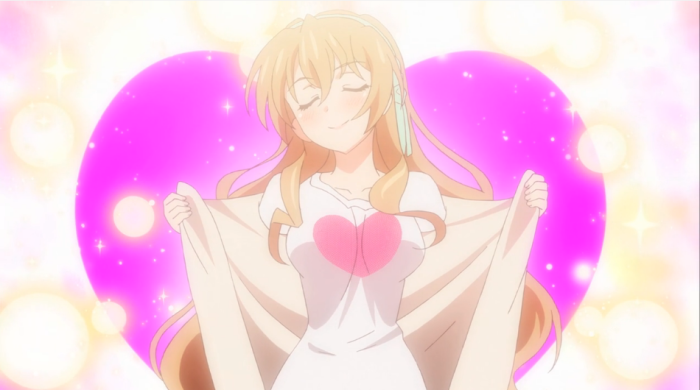 Recap: Koko is as crazy a girlfriend anyone would expect. After the world’s greatest trolling, she becomes worried at the strained relationship between Banri and Linda. With the help of everyone’s favorite punk rocker, the two finally talk things through.

Nice to see Koko actually get in trouble for that stunt last week. One must wonder how slow she had to be riding for that guy to catch up with her, but I feel like the main character just stealing a bike has been used way too often without the guilty party ever even getting punished for it. What follows is some of the best dialogue all show as Koko goes full-on crazy clingy on Banri. It’s exactly the kind of lovey-dovey nonsense you’d expect to see from such an inexperienced pair. I also loved her little scene with Mitsuo. It was absolutely cold-blooded, but that joke had me in stitches. 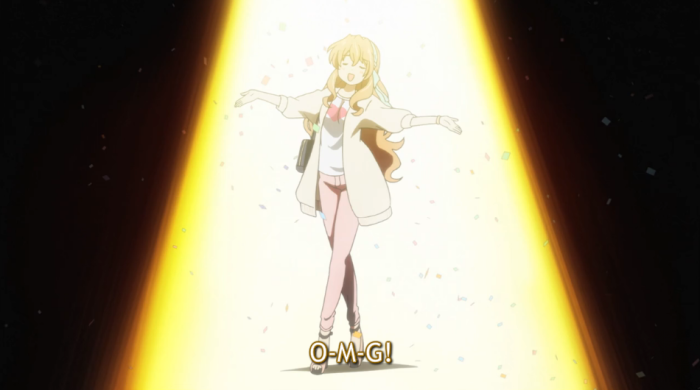 While it was cute, the way the two of them are treating this relationship is obviously not normal. The only word to describe the way Koko is treating Banri is immature. It almost feels like she’s trying to sell herself the idea that she’s wholly in love with Banri. Just the fact that she already has plans for losing her virginity, in Paris no less, shows she is romanticizing every aspect of this relationship instead of taking it seriously. Admittedly watching the two of them basically go I TOTALLY WANT TO BONE YOU was hilarious, but it felt like they don’t have the maturity to talk about that issue like adults. I feel like this won’t last very long before something comes to test their new love. As much as Koko wants to say Mitsuo is in the past, such intense feelings won’t go away immediately. With Mitsuo failing to get Chinami, he may even come to envy Banri and Koko. 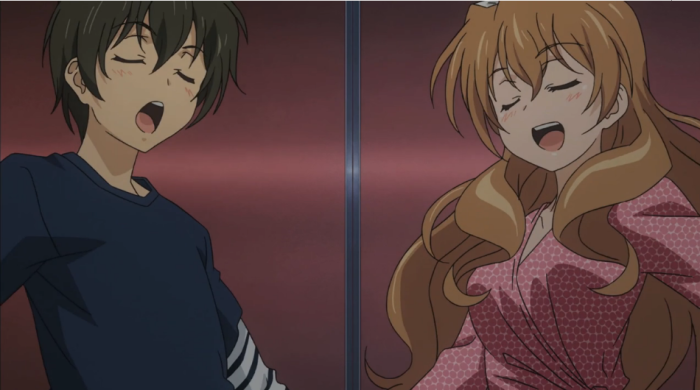 I’m glad we didn’t leave Linda hanging. As entertaining as Koko’s antics were, Banri really left her in an awful state. The fact that he decided to just ignore her instead of face his problems shows Banri still has a lot to work through. He is justified in his anger initially, but it doesn’t excuse his behavior. I’m glad this wasn’t what caused the aforementioned relationship conflict. While the old Banri may have loved her, the new one obviously doesn’t have that connection. It was a great talk that let us see both sides. This episode was the best yet, and I’m confident Golden Time will be able to ride this high on.

One thought on “Golden Time Episode 7”