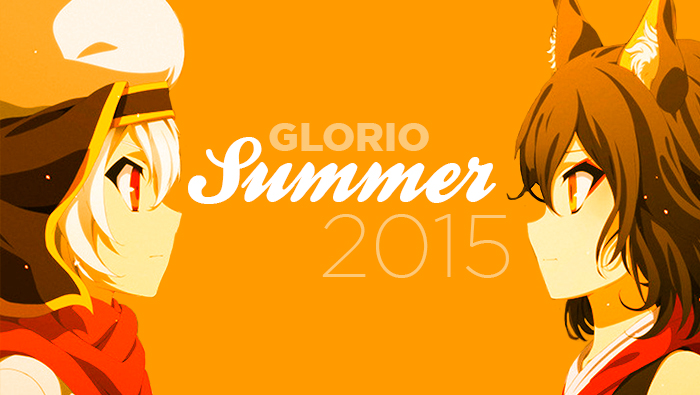 Can you believe Summer 2015 marks three complete years of GLORIO blogging? It feels like only yesterday we were covering modern anime classics like Kingdom while somehow skipping what turned out to be one of my favorite anime ever. Twelve seasons and nearly 300 series later we’re still going strong and, if I can say so myself, putting out some of our best content yet. Thanks goes to all you loyal readers out there, some who have been with us through all of it. Your likes and comments are always appreciated!

Looking at this particular Summer season, we have our work cut out for us. Those pesky light novels are making a comeback and a lot of the new series are leaving us uncertain at best. Part 1 of our guide is headlined by the hopefully glorious train wreck that is Chaos Dragon while shamefully hiding Shimoseka, the front runner for Worst Show of the Season. Somewhere in the middle we have the return of Aquarion and Symphogear, the hot blooded action of Gangsta and Ushio & Tora, and some unknown romantic comedy potential with Classroom Crisis. With that kind of lineup maybe “glorious train wreck” is the best any of these shows can hope for, but surely we will find the surprise hits like we always do. Take a look, judge for yourself, and let us know what you’ll be watching.

The Castle Town of Dandelion