Inspired as a child by the witch, Shiny Chariot, Akko Kagari enrolls at Luna Nova Magical Academy to achieve her dream of becoming a witch. Unfortunately, she has seemingly no magical powers, putting her at odds with the school and its students. Undeterred by this, Akko, along with her friends Lotte and Sucy, embark on the path to magical mastery. 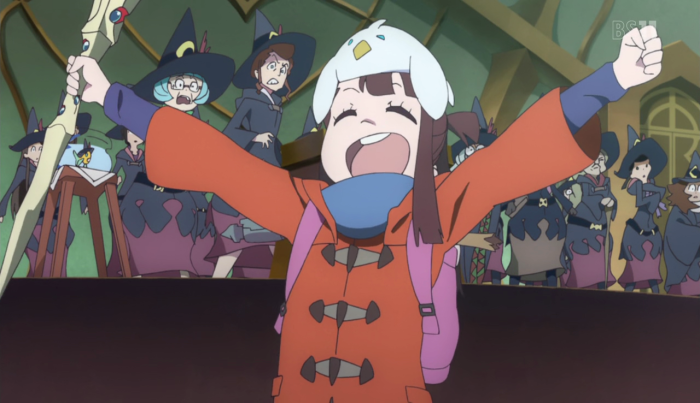 What can I really say? We all knew what Little Witch Academia was going to be, and Trigger did not disappoint. While it inevitably doesn’t have the same sheer technical polish of the OVAs, Little Witch Academia still nails all the things that made the original OVAs so charming. Akko continues to be the loveable go-getter that never gives up that won our hearts back in 2013. Supported by a fun cast and an interesting setting, LWA is just an inherently enjoyable anime. But really, I can’t talk about LWA without talking about its animation can I? Yoh Yoshinari and the Trigger crew prove they know exactly what they’re doing and some smart aesthetic choices make the transition to TV a smooth one. The characters bound and bounce with elastic kineticism reminiscent of Disney’s best. Some excellent comical timing allows Trigger to get away with some of its “classic” tweening, showing that Trigger is still the best in the business at cutting corners in the best possible way. Point is, it’s good looking no matter how you slice it.

Overall, Little Witch Academia isn’t going to bring the house down. It’s a charming and wonderful little thing about a girl striving to make her dream come true. For better or worse, you know exactly what you’re going to get. There will be charming characters, kooky adventures, and fantastic animation. But in a season like this, there’s no doubt that Little Witch Academia is the anime to watch.

I firmly believe that the Little Witch Academia OVAs are the best of Trigger’s works, and the TV broadcast is probably our most highly anticipated show (and the most known quantity) this season. I’d say this version captures most of what made the originals so charming, though it remains a question as to whether Trigger can keep it up. The change in format means a loss of spectacle and novelty that came with the movie format, but also carries the opportunity for longer plot arcs and larger payoffs as time passes. If Yoshinari and staff can maintain the level of quality across the board that we’ve come to expect from Trigger-original shows, we’re in for goofy, charming, magical adventures, and I wouldn’t have it any other way.

At the risk of my potential assassination by the rest of the Glorio crew, I’ll come out and say that I’m not the biggest fan of this franchise. By which I only mean that although I have absolutely nothing against Little Witch Academia and enjoyed watching the two short films back whenever they aired, it’s not my favourite anime of all time and never will be. While everyone else was getting seriously hyped about the upcoming TV adaptation, I was simply preparing for a nice, charming little series I could relax to.

And judging by this first episode, that’s exactly what we’re going to get. ‘Charming’ is exactly the right word for Little Witch Academia, because while I don’t believe it’s any kind of revolution in storytelling or the best thing since [insert your favourite anime here], it’s a perfectly lovely show with a perfectly lovely cast. The setting, in terms of this particular medium at least, is also fairly original; sure, there are plenty of anime out there dealing with kids going to magic school, but nearly all of them draw primarily from Japanese cultural tropes. Little Witch Academia, on the other hand, is digging straight into Western mythos – winged dragons, bubbling cauldrons, broomsticks and pointy hats. We all know these codes and conventions, but with perhaps a couple of exceptions, anime really hasn’t until now. That should be a reason in and of itself to check Little Witch Academia out. 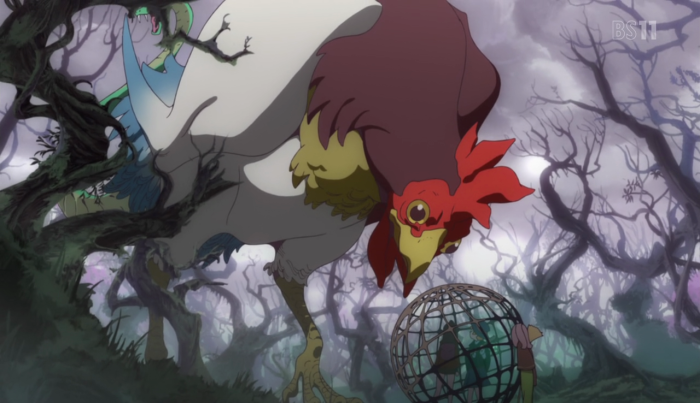 The other point that makes it worthwhile for me is that it’s nothing more or less than what it appears – a sweet and unpretentious show that pretty much anyone can enjoy regardless of age or gender. The series isn’t suddenly going to get hella dark, it won’t try to pander to anyone by hitting the fanservice button, and there won’t be any especially deep or profound hidden messages. No, Little Witch Academia is just going to be consistently nice. And I for one am very okay with that.