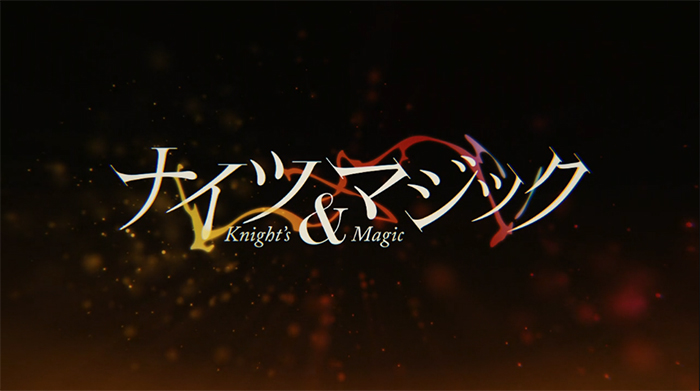 A gunpla nerd and programmer extraordinaire is killed in a traffic accident then reincarnated into a fantasy world. Despite being reborn, he still remembers his past life and his love of robots inspires him to become a Knight Runner – pilots of giant magical armor that look a lot like anime mecha.

Much like the grammar in the title, something seems a little off here. For starters, it’s kind of weird that our adult main character goes back to being a child. The episode settles in with him at about twelve years old. Other than making him annoyingly precocious, I don’t feel like that added anything we wouldn’t have gained by just dropping him in the other world. That leads me to my bigger point that using the “other world” concept at all is a waste of time. Had our hero just been a smart kid who liked the giant knight armors, nothing would have been lost. I guess there’s the nerd fantasy of seeing your mundane hobbies and life skills turned into something powerful, but they hardly reference those at all.

That aside, we’re left with a middle of the road fantasy anime with pleasant visuals, serviceable characters, decent action… it’s all fine but nothing that really pops. The main kid is kind of obnoxiously good at everything, but grading on a curve compared to other shows of this type it’s bearable. And so as we always say, the worst thing a show can be is boring and that’s what this first episode of Knight’s & Magic is. Good fantasy anime is rare so this MIGHT work if you’re desperate, but otherwise there are better things out there to watch.