Kobayashi and Tohru are confronted by a new chaos dragon named Ilulu. Tohru manages to stop her from destroying the city, but now Ilulu wishes to learn more about Tohru’s relationship with Kobayashi. 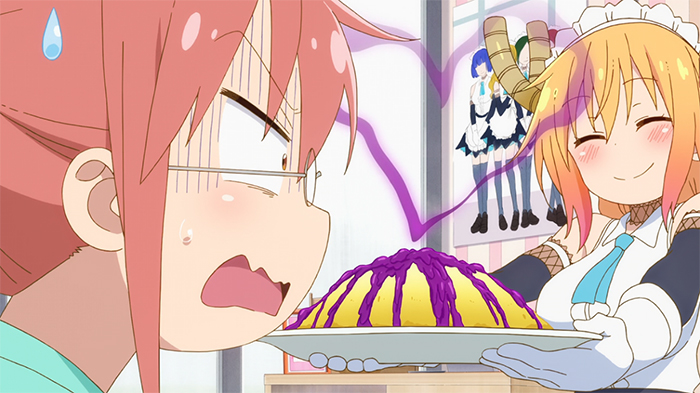 [Brief note before getting into the review: I want to say I’m very happy to see Kyoto Animation returning with their first TV anime since the arson attack in 2019. It was bittersweet seeing Yasuhiro Takemoto posthumously credited as series director, but I am glad they are carrying on with it.]

I already had a complicated love/hate relationship with Dragon Maid coming into this new season. This first episode made things even more complicated. At the very least, it’s driving me into conversations I was never expecting to have related to this series.

First, let’s talk about the good things: Kobayashi and Tohru’s common law marriage and found family with adopted daughter Kanna is great. There were plenty of reminders of this in last season’s series of short animations, and we see some of it sprinkled into this episode. At this point Kobayashi and Tohru have complete, unconditional love for each other, and it’s very sweet to watch. 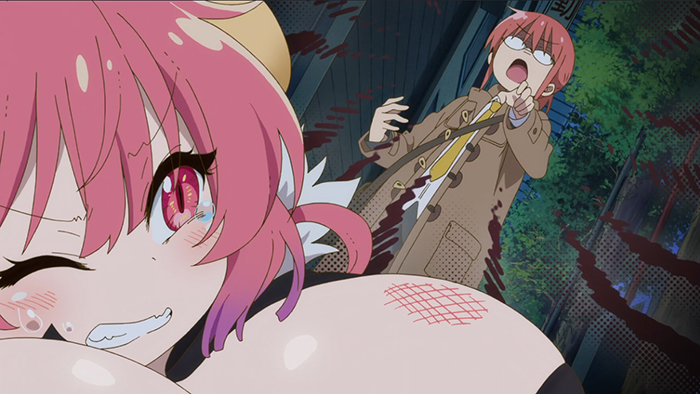 Unfortunately, their relationship only takes up a certain percentage of screen time, and everything else in this show is hot garbage. This is especially true for the new character, Ilulu, who has one of the worst character designs I’ve seen in recent memory. It’s almost like they tried to top Lucoa as a joke, which I might think is pretty funny if they did. I was also disappointed that her questions about Kobayashi and Tohru’s relationship seem to be retreading the exact conflict with Tohru’s father in season 1. We really don’t need to go over this again, please just let these two ladies love each other.

What really concerns me though is the direction we take at the end of the episode. I’m not going to spoil it, but I have seen in my research the manga takes this particular twist into potentially transphobic territory. To be fair to the anime, KyoAni has a history of fixing up bad source material in the past. We also haven’t actually seen anything happen on screen yet, so I don’t think it’s fair to pass judgement. I’m just saying, I have my concerns.

And so Dragon Maid continues to be the very definition of a “problematic fav”. I can’t in good conscience recommend watching it without some serious caveats, but I continue to find it interesting enough to keep watching. For better or worse, I want to see what to see where they go with this latest development and I’m sure I’ll have plenty say about it in the future. Stay tuned!