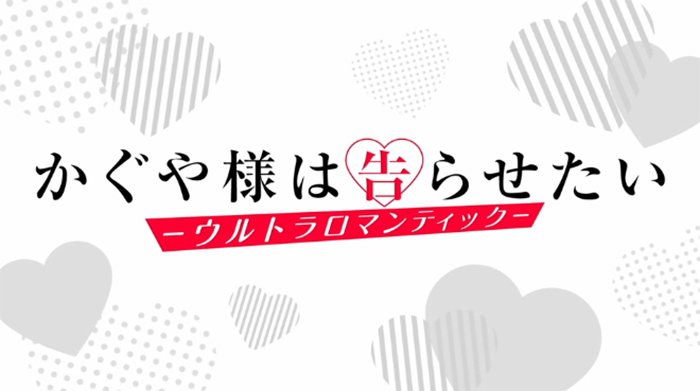 The student council is back from the dead! Will Kaguya and Shirogane finally hookup? Will Ishigami earn Iino’s respect? Will Fujiwara ever stop stealing every scene she’s in? All these questions and more will be answered in season 3.

Is it really necessary to do a first look post for the third season of a show that last aired about a year ago? No. But I do want to acknowledge the return of arguably the best all around anime comedy in the past ten years. The fact that a series of any genre, especially comedy, can still be great after so many episodes is a testament to how good this show really is.

And so I’m happy to see the first episode of Kaguya-sama season 3 pick right up where season 2 left off. Quite literally, since season 2 ends with everyone dying and there’s a quick gag about that. There’s no setup for a big plot arc just yet, instead we are eased back into things with three great segments that bring observational humor to its most extreme. Delivering gags about mundane but terrifying life events like not realizing you sent a read receipt for a text message are one of the things Kaguya-sama does best.

If you watched the first two seasons of Kaguya-sama you don’t need me to tell you it’s good. You’ve probably already seen this episode. So for anyone who hasn’t watched it, now is a great time to start. If you have any interest in anime comedy at all, I highly recommend it.