This time: Monster Musume no Iru Nichijou, by Inui Takemaru 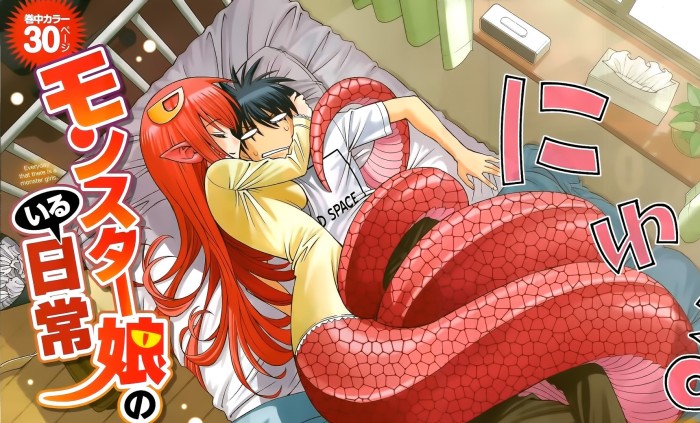 After the frankly monstrous amount of hits last week’s Random Manga Theatre got (catapulting it to our most viewed post ever in about 48 hours), I figured I might as well sell out and pander to the base again this week, featuring another monster girl manga that I found a few months ago. While they provide interesting contrast with each other, I can honestly say that the pit of dread in my stomach grew yet larger with every passing page of this week’s feature. Oh boy.

The idea in Daily Life with Monster Girls is that these monster species were discovered by normal man only recently, and each culture is trying to fold itself into the other. Various monsters are placed under the care of human handlers in a sort of exchange program where they try to learn about each other. Predictably, Kimihito, our hapless male hero gets saddled with hot monster bitches to take care of – a lamia, specifically, though a few others decide to join in on the action. However, since the diplomacy between the two cultures is still a bit sketchy, sex is forbidden, or our lamia friend gets deported back to her home and Kimihito gets arrested.

Not that this already contrived drama matters after the first few chapters, of course. Once the main harem trio of lamia, harpy, and centaur gets established, the government lets Kimihito know that he’s the first test subject for an interracial human-monster marriage, and that he has to choose one of the three ladies living with him. Cue harem antics upon yet more harem antics, with a side order of tits, boob groping for a beverage, and compromising poses for dessert. 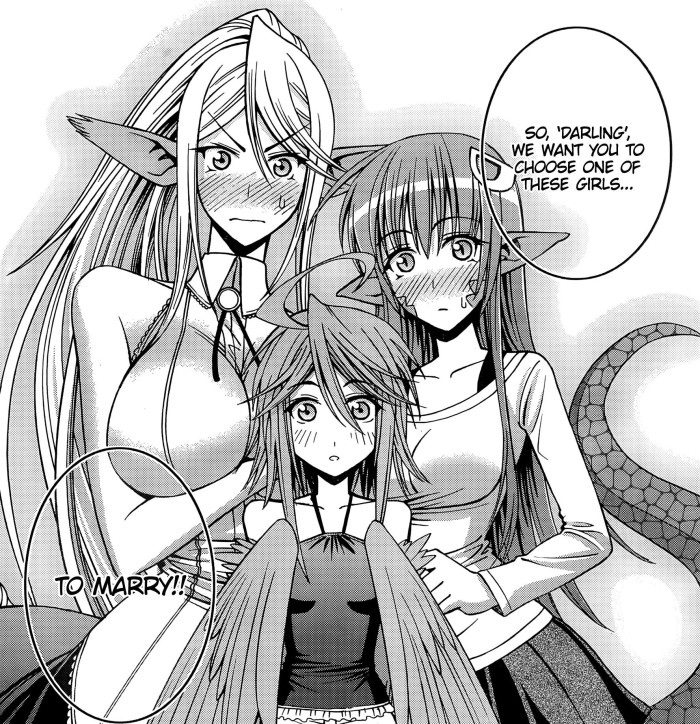 Besides obviously pandering for more blog hits from the monster girl crowd (check out my other Random Manga Theatres, as well as our other features!), I figured this one would make for a good comparison with last week’s manga. While Centaur’s Worries was fairly low key, mostly about a bizarro world where humans are weird monster species, Daily Life with Monster Girls doesn’t give any thought to that other than the bare minimum required to establish the premise. It’s directly fetishistic, drawing the monster girls as erotically as possible for only sex appeal. It’s creepy, in the “this makes me feel dirty inside for reading this” way, a whole other kind of creepy from Centaur’s Worries. A worse kind.

For all the flak I gave last week’s feature for being disturbing and unsettling, it still had a sense of dignity about it – there was honest effort put into making a working setting where it was somewhat plausible for all of these different kinds of monster people to exist, and it was about their normal lives, made interesting because it was in a strange new setting. While I found that to be off-putting, I could still respect it. This manga, on the other hand, has practically no redeeming value whatsoever. It’s about providing wanking material for people who have a specific fetish, and that’s all. 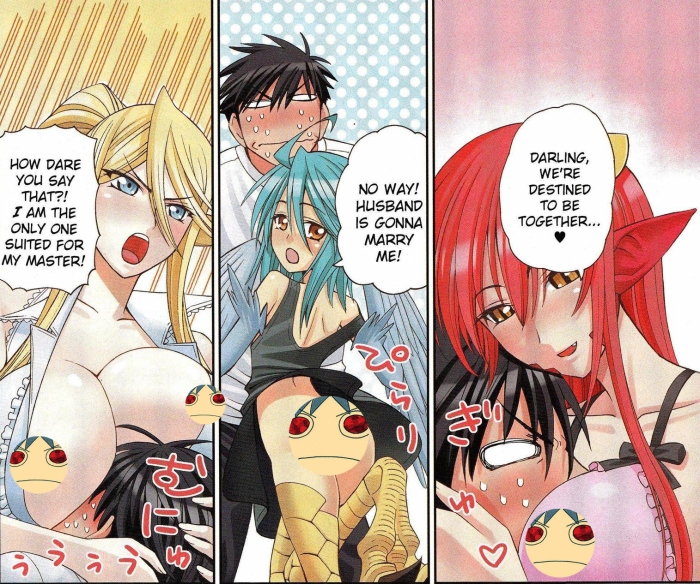 Verdict: Avoid At All Costs (Or Don’t)
Look, I say “If you like this type of thing, check it out!” every damn week on this feature. By now, you already know if you want to fap to monster girls or not. Knock yourselves out, whatever your preference be.