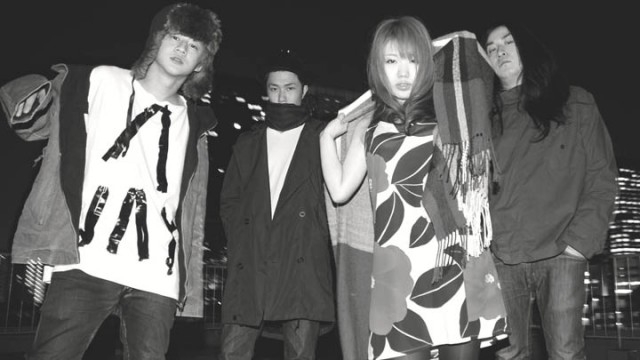 Believe it or not, Japan can make other music aside from peppy pop! It has a vibrant underground music scene, which over the years has developed into an influential force to be reckoned with. In Jukebox, we take a look at the versatility of the Japanese music industry — beyond the realm of anime and other geekery. Last time, we learnt about Matryoshka and their whispery ambient music. As is already becoming a habit, now is the time for a completely different band: Mop of Head.

Why doesn’t anyone remember nu-rave? … If you are not a nostalgic hipster ponce like I am, allow me to explain. Nu-rave was a short-lived, controversial and pretty much exclusively British musical fad that originated in the distant past of 2006, characterized by a hyperkinetic, psychedelic fusion of modern electronica, breakbeats, eighties synths and indie rock. In layman’s terms, think retro video game music played on actual instruments and a cocktail of every ill-advised party drug imaginable. The nu-rave movement spawned some — literally and metaphorically — insane albums, ranging from absolutely brilliant to ear-cancerously terrible, but is nowadays usually remembered only for the fact that it died almost as soon as it arrived. Most bands associated with the genre did not survive their first album, and from most of the ones that still exist we have not heard a peep in quite a few years.

That’s why I was surprised when I pressed the play button on Mop of Head’s sophomore record, Breaking out Basis, and immediately felt fifteen again. Hyperkinetic breakbeats, funky bass licks, unashamedly cheesy synths, bizarre digressions, and a relentless energy all constitute the signature of this relatively charming little band from Tokyo. While Mop of Head do not sound as frenetically balls-to-the-wall as some of the bands that inspired them, it is hard not to fall in love with their funky, highly danceable jams. Mop of Head make club music, and some darn great one at that. While keyboards and synths still feature front and center, the quartet eschews the hollow drum machines and uninspired laptop production that have brought mainstream club music to a creative standstill in favour of  a mostly live instrumentation. It gives them a genuine edge over the David Guettas and Skrillexes of this world, and you a reason to care.

Back when he was still called Takashi Wakamatsu, Mop of Head’s quirky frontman and creative spill, a literal mophead who goes by the name of George, had his entire view on music altered when he heard British house duo The FLF’s wacky 1997 track “Fuck The Millenium”. Inspired by that song’s “freedom from any specific style”, George took his more than ten years of classical piano training with him to middle school, where he recruited Mop of Head’s first of three drummers. In high school, the duo was joined by guitarist Takuma Kikushi, and in university rounded out with the inclusion of bassist Hitomi Kuramochi and new drummer Kenji Sakuraoka. George initially recruited his bandmates only because they shared his taste in music, regardless of talent, but when their initial performances took off, the band decided to started pursuing a full-fledged musical career.

Mop of Head’s debut album, Retronix, a zany homage to the band’s favourite artists, was initially only sold at their live performances, but in 2011 finally received a nationwide retail release. The album’s succes caught the attention of many noticeable names in the industry, ranging from Taku Takahashi, composer of the brilliant Panty & Stocking With Garterbelt soundtrack, to BBC Radio 1 DJ  Gilles Peterson. In the same year, George and co. got to play Fuji Rock, the greatest Japanese outdoors music festival, alongside bands like Coldplay and The Chemical Brothers. Their succeses culminated in a headliner spot for the Urban Nomad Festival in Taiwan, which fulfilled the band’s lifelong dream of getting to play on foreign ground. In an interview with the Taipei Times, George once again asserted his love for “real” instruments, a sentiment that is most certainly not unique. Even Daft Punk, the godfathers of 21st century house music, recently directed some snide and, admittedly, rather bigoted remarks at laptop producers. It is no coincidence that Mop of Head have stated their ultimate goal as being able to become a source of inspiration of their own. They are not the only ones who recently decided to aspire being the forerunners of a new, more “human” movement in club music that uses the past to look at the future. 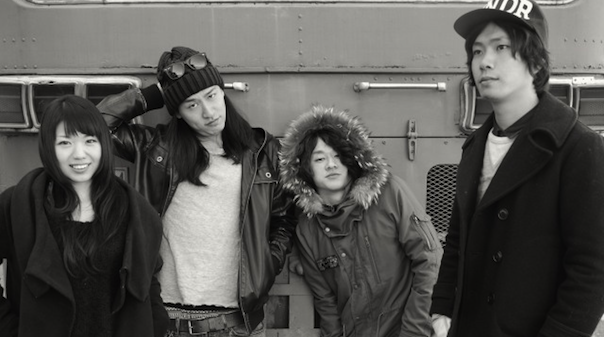 This determination is often reflected in Mop of Head’s distinct musical eclecticism. George and his crew want to make the music they like to hear, producing new, original tracks “based on studying and listening to the past.” Just like the bands of the nu-rave scene, Mop of Head glean from almost every recent music genre imaginable. Their debut album kicks off with agressive guitar chords and ends with the peppiest little funk jingle imaginable. “The World” is a cosmic swoop supported by a brooding industrial beat, “Hocus Homage” a deliberate callback to Blur’s “Boys and Girls” and “Love Pop Dance Music” sounds like post-rock of all things. Earlier this year, Mop of Head, with new drummer Satoshi Yamashita, released their second album Breaking out Basis, which sees the band exploring territory beyond the British dance bangers that inspired them. “1988” features a warm piano tingle that will carry any self-respecting gamer back to Inaba, the surprisingly smooth “Zamora” even manages to incorporate flamenco, and “Waltz of Paradiso” is exactly what it says on the tin: a waltz. After all, that is dance music as well.

Due to their indie sound and eclectic hijinks, Mop of Head will probably never end up topping the charts or ruling the clubs for people who wear baggy trousers, but it remains to be seen if that is what they actually want. Right now, I’m more than happy to see an energetic band looking for an identity to call its own, doing only and exactly what it wants. Then maybe, one day, they might be able to carry us back to the glory days, before everyone started being so damn serious.

Take note: If you have ADHD, but no ASBO.
Take cover: If you swore never to listen to music again ever since the invention of the synthesizer.
Essential tracks: “Superhuman”, “Uncontrol”, “Breaking Out Basis”

All music by Mop of Head is available internationally on iTunes. Their brand new album, Breaking out Basis, is on sale for $6.9o as we speak.