This time: Taihou to Stamp, by Rasenjin Hayami 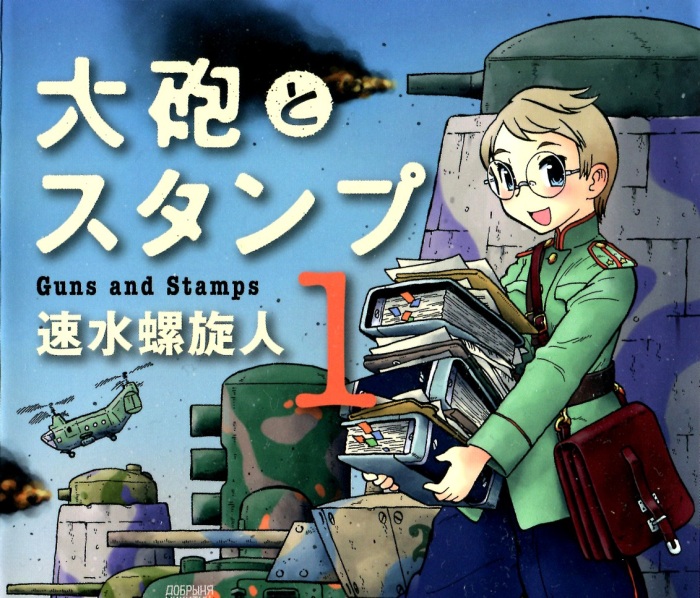 In a weird, Ghibli-like pseudo-20th-century, the Great War rages between the Grand Duchy and the Republic, a conflict which started for reasons that seem unimportant now. There are several divisions in the Grand Duchy military, including tank commanders, infantry men, the air force, the navy… and lastly, the logistics division. The men fighting in the trenches consider those in logistics to be “paper soldiers”, doing nothing to fight for their homeland. Of course, they’re clearly all morons, because I’d think that anyone with a brain could realize how logistics is one of the most important things to consider in any large-scale military operation. “An army marches on its stomach,” after all. But I suppose it all sort of works out, because the army in this manga has got to be the most incompetent one I’ve ever seen.

In any case, Guns and Stamps follows Lieutenant Martina, who is assigned to a base in Agezoko, a city near the front line of the conflict. The series seems to mostly follow her misadventures in trying her damndest to make sure everything runs smoothly, including battling against the corruption and laziness that plagues her colleagues (“It’s a problem of accountability!”). While this sounds like a great premise for a relatively down-to-earth, almost detective-like narrative, this manga takes much more of a comedy route. Often, Martina has to come up with some zany plan to avert disaster, like dressing as the enemy and pulling a train heist to appropriate funds. The rounded art fits well with this direction, and honestly it would probably be a little too dark if we focused on the actual horrors of front-line warfare. 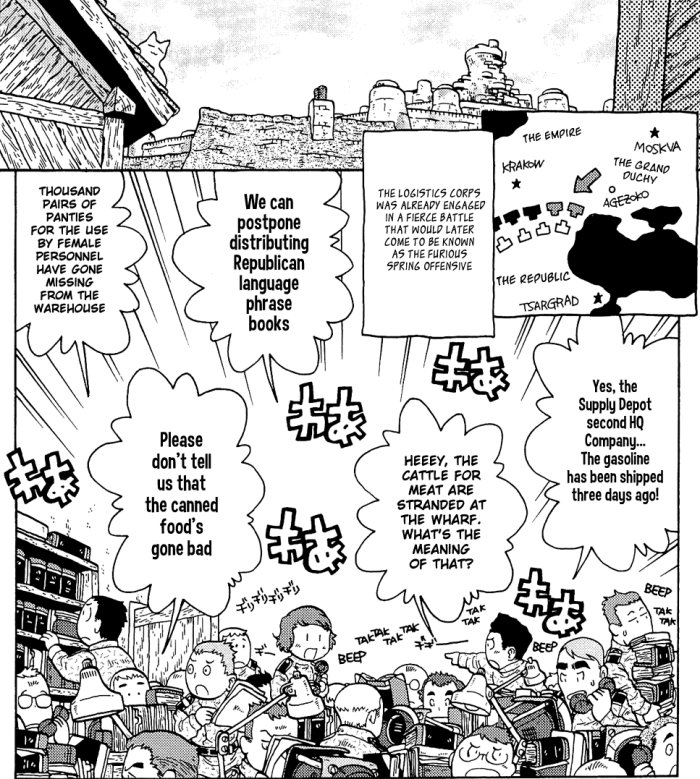 Despite the novel premise, there isn’t too much to set Guns and Stamps apart from the crowd, even though a novel premise actually counts for a fair amount these days (especially in a world of romantic comedies and incest shows). Still, I can’t help but want more than episodic antics from something that has as much potential as this. That said, I’m only judging based on the first volume or so of this manga (which seems to be all that’s scanlated at time of writing this), but it does seem like a larger myth arc might be starting going forward. If Guns and Stamps can tighten up and get a bit more serious, I could see it being quite good.