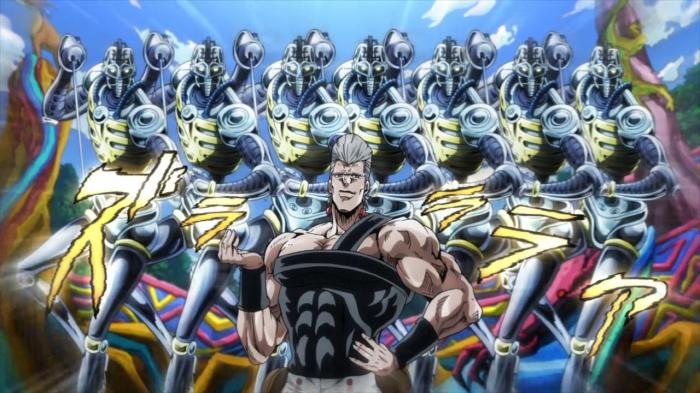 Jean Pierre Polnareff makes himself known to the group, and he battles Avdol with his Stand: Silver Chariot.

Presumably if you’re watching this episode, you know by now that JoJo is all about silly fights and long bouts of exposition during those fights. For better or worse, this episode certainly delivers on that. I feel like Polnareff halting the fight to tell Avdol that the due rules of chivalry only make it natural that he should explain the secrets of his Stand is perhaps the logical conclusion of such things, though. Where else can we go from here? Well, I know the answer is “even crazier Stands”, but still. On the bright side, our five man band is finally assembled and their powers made known. From here on it should be smooth sailing (relatively speaking) as more enemy Stand-users continue to attack.

Fun note: a weird-looking eagle/hawk/whatever is seen perched on Dio’s shoulder in Polnareff’s flashback. In the manga, it was a generic bird, but much later in the arc we’ll meet this special animal again. I appreciate the anime staff’s foresight to include early-bird cameos (see also: the Joestar birthmark in the previous two arcs), and it definitely put a smile on my face. Eagle-eyed viewers may notice a few details in the OP and ED, as well. 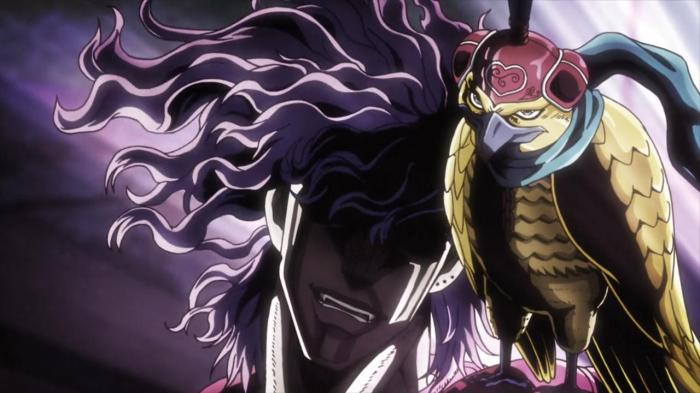 As expected, Avdol and Polnareff’s fight plays out in perfectly JoJo fashion, rife with expository descriptions, crazy poses, and ridiculous abilities. The crazy Frenchman and his badass stand has always been one of my favorite characters in Stardust Crusaders so it’s fun to see they get their proper dues. It is somewhat interesting that Polnareff ends up being both the character with the most dramatic backstory as well as the goofy comedy relief. I suppose it’s just an aspect of JoJo itself, to play gravitas and absurdity side by side.

With the crew assembled, I think we’re all going to see how Stardust Crusaders ended up being the original monster-a-week shonen, as they inevitably fight characters with increasingly weird stands and end up in increasingly weird situations. Still, even if Part 3’s premise is quite routine by today’s standards, I’m confident it’ll be the outlandish execution that makes JoJo such a classic to this day. 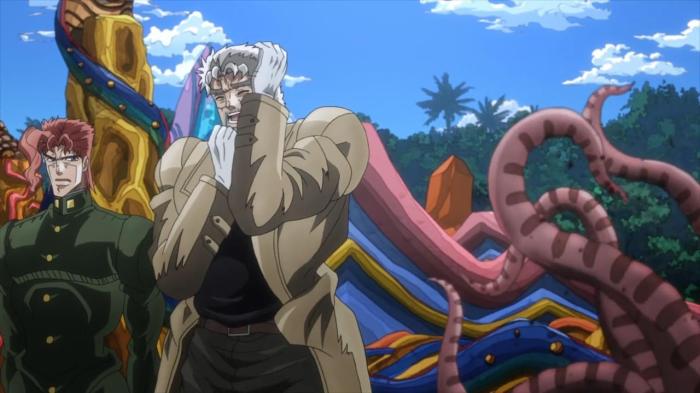 This episode was totally hilarious, but I will admit this is about as far as I can go on the whole ‘we are going to precisely describe what is happening on screen through dialogue’ thing. The exposition through talking in this episode strained even the highly extended  credibility of the JoJo universe, and also slightly bogged down what could have been a pretty cool, pacy battle. I’m hoping that since this is the last time we need to do the ‘he’s a good guy really!’ dance (at least as far as I know) that future battles will be at least a little less talky.

That being said, there’s still enough overblown silliness here that it’s a lot of fun to watch. Polnareff is a cool character, but I’m not entirely sure where they’re trying to position his character. Is he stoic seeker of revenge or flamboyant ladies man? The lingering trace of campness around him seems purely the contractual obligation of a French character. His backstory is one of those weird reminders that JoJo sometimes gets very nasty, so shockingly dark and disturbing is it. Still, it’s an effective introduction and I do like the fact that Avdol gets the win over him, doing a lot to establish the Egyptian as a legitimate badass. With the gang together now, let’s see where this journey takes us. 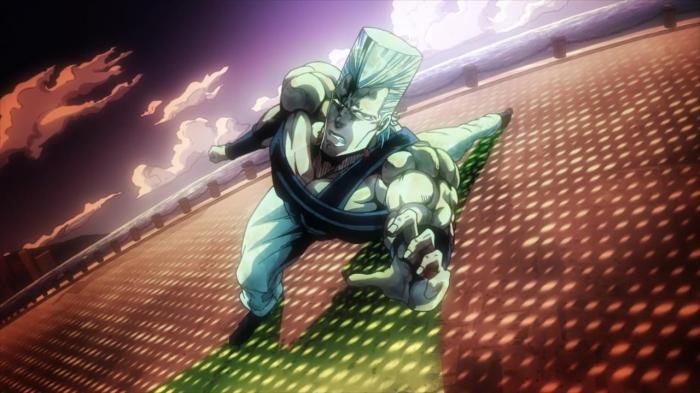