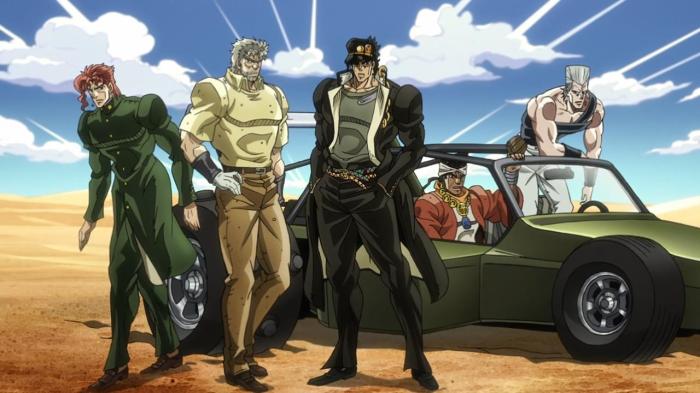 A bunch of Stand-users attack the crew, Avdol’s still alive, there’s a yellow submarine (ja-jan), and the show’s taking a break for the Fall 2014 season.

It’s been a while! And not that much has really happened in said while. That’s the big problem with the Stardust Crusaders arc, I guess: it’s monster-of-the-week all the way down, and Araki didn’t always do much to make things interesting. Not that the fights weren’t interesting at all; Death 13 is delightfully creepy, trapping our heroes where they’re completely powerless, and Polnareff’s utter inability to consider that Cameo might be a Stand is amusingly dumb. The High Priestess episodes were fun just because of the ridiculous situation it traps our heroes in, and for the immortal moment of Jotaro attempting to hit on Midler (his speech bubble even had a ❤ at the end in the manga). 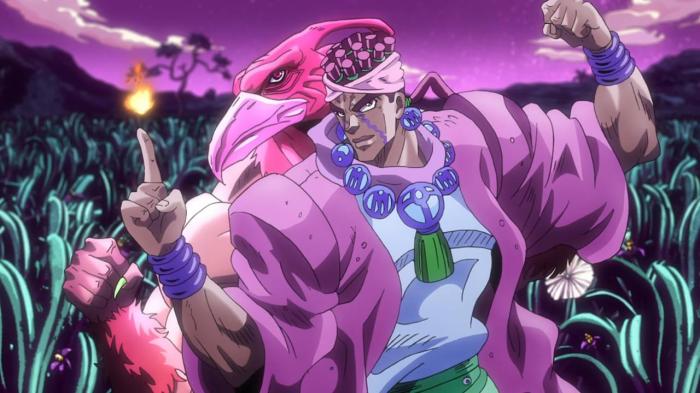 While some might be mad that resident badass Egyptian Avdol wasn’t actually dead, I’d say that if you ever thought he was actually dead in the first place, then you need to brush up on your shonen tropes. That said, back when the manga was running, he was supposed to be properly dead, and Araki reintroduced him into the story due to fan outcry. On the bright side, we’ll have Magician’s Red and the full five man band back on board. Good thing too, since one of my favorite upcoming battles features Avdol quite heavily.

Alas, JoJo has to take a break next season, where I’ll basically be switching off to watching the new Fate/Stay Night anime instead. Knowing what I know about the number of Stand-users there are left to fight, we can expect to see a lot of two-parters in the Winter 2015 season. I think around here is when Araki starts to really come up with fun and crazy Stands, so I’m definitely looking forward to it. 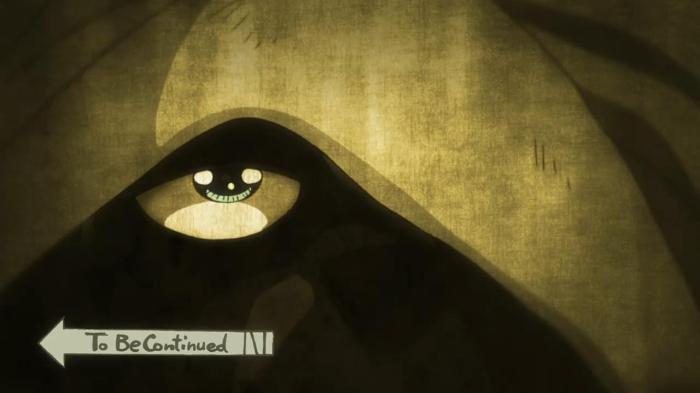