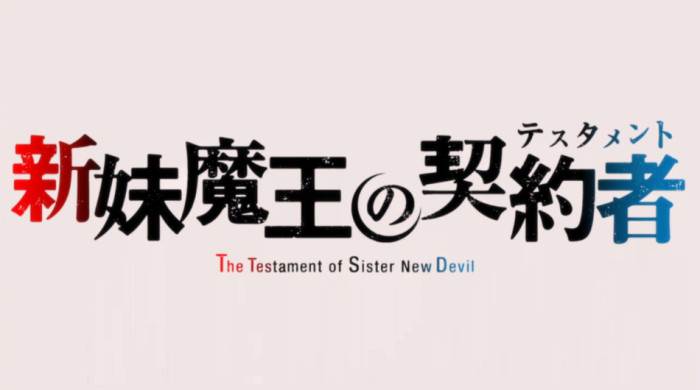 Basara meets with his father one day to a surprise. His father is remarrying, and he’s now going to have two brand new step sisters! Hijinks ensue, but the two of them actually have a terrible secret: this anime is incredibly awful! Oh wait, that’s not a secret.

Marlin’s verdict: How I Learned to Hate Anime Again

There is no hyperbole in my words friends, this show was straight up terrible, and happened to be only the first in a cavalcade of terrible, terrible shows that we’ve been subjected to this season. With a ridiculously broken name that hurts my very soul, boy was this ever one to start out with. Boring characters, horrible animation, uninspired direction, everything about this show just screams cheap LN cash grab. That’s not even getting into the absolutely tasteless fanservice that apparently wants to make you believe pinning a girl down and covering her mouth is a perfectly innocent thing to do. It has such little respect for its characters that a scene is literally described as existing solely for fanservice and it’s disgusting. I wish I could say this is the worst that this season has to offer but somehow I am wrong and I am baffled at how this is the case.

I hated every second of this. You could argue that the cliché scenarios like the sister waking you/morning wood joke, etc. were just there to lull you into a false sense of security, but they were enjoying the bouncing and grinding a little too much for me to buy that. Even when they do flip the script and reveal the sisters’ true nature, it just plays into another dumb overused light novel trend. Evil devil satan lords that are actually decent people are so 2013, get with the times people. Throw in an invincible hero protagonist to cover your power fantasy angle and the ugliest, most off model animation I’ve seen this season and there is not a single positive thing I can say about this episode.

8 thoughts on “First Look: The Testament of New Sister Devil”