The plot thickens as Tachibana reveals his true motive behind acting as Judge, and the team have to race to find the decisive clue that will help convict the killer.

Let’s not mince words here – this was the very best episode of Drive  yet and the first to really hit the level of true excellence that the franchise is capable of in its best moments. All around, this two part arc has had the show operating on a refreshing new level, one that gives me hope for this story going forward. It was genuine, laugh out loud humour and fist pumping excitement, and that’s the shot in the arm we needed after wallowing in mediocrity for a while now.

The key thing that makes this episode (and by extension, the previous one also) so good is that it remembers that although it’s a kids show, that doesn’t mean that it has to be stupid or pandering. Thus we get a welcome boost in complexity here, something which benefits the show’s status as (ostensibly) a detective story. Accompanying the increase in plot complexity is a refreshingly more nuanced take on alignment.  So Tachibana isn’t *really* the bad guy, but he’s not exactly a good guy either – he’s let his noble intentions be perverted into something beyond his control. Debates over where justice stops and vigilantism begins is cop show 101 but the subject still makes for great story material because it’s a question with no clear answer. The writing does a really good job of making his frustration apparent too, with both the (slightly over-the-top admittedly) plight of Akie and the complete scumminess of Utsugi being powerful emotional backup to sympathis with the ‘by all means necessary’ approach. Of course, going by the book wins in the end, but it’s to the show’s credit that it manages to pain effectively in shades of grey.

Accompanying this newfound maturity in storytelling is improved handling of the characters. It is of course Gen who gets the biggest rub, as he overcomes his shock at his mentor’s betrayal, fires himself up and gets the perp. But this episode is about mroe than jsut him and for the first time I feel the Drive crew clicking as friends and partners in the way I want them to. Everyone has a role, be it to carry the plot, provide background or comic relief, and the relationships are well established enough that we’re beginning to see natural flow and interaction between them all, It’s critical that ensemble casts have chemistry with each other and finally I feel we’re reaching that stage. The culminating sting, with everyone working together to trap the real culprit, is totally satisfying and a great combination of action and character work.

Speaking of action, this is also an extremely well directed episode, and definitely a step up from the usual fare. For a start the excessively jerky, smashmouth editing that usually plagues Drive fights is gone, replaced by a welcome return to longer shots that let the excellent fight and stunt work shine. It’s not just in the action that the directing stands out though, with plenty of dramatic angles and great cuts used to enhance the weight of any scene. Check out Chase and Mach’s intercut transformations, or the excellent shot of Judge appearing over Tachibana’s shoulder to see what I mean. 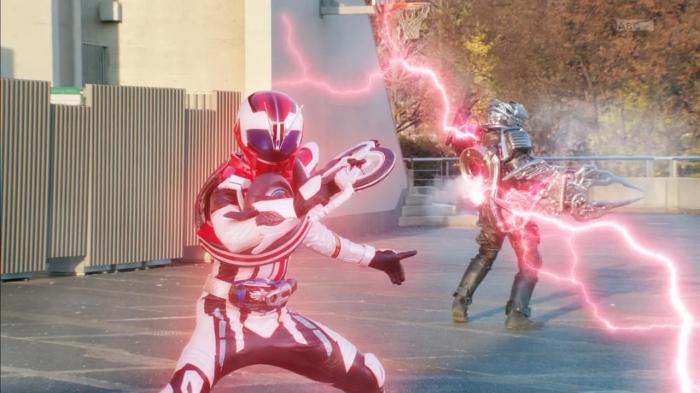 Overall then this was an outstanding episode of toku action, with character development, great fights, tender moments and punch-the-air excitement. In this arc Drive has proved it has what it takes to live up to the best of what the franchise can opffer. The question is was this a special one-off or the building block for consistent excellence? I’m keeping my fingers crossed it’s the latter. 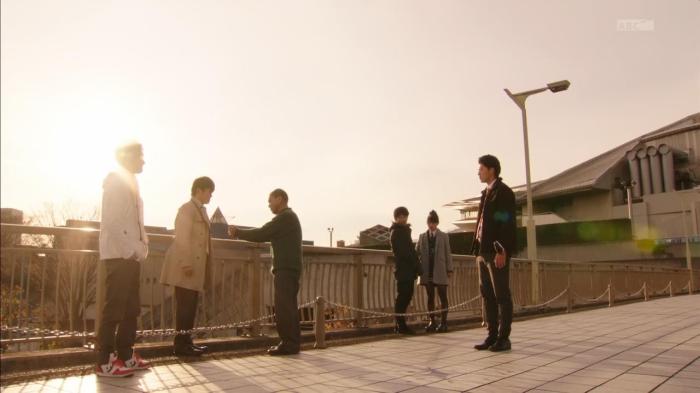