Ultraman X pulls the biggest plot twist so far by having a genuinely good episode.

We knew the rugby episode was coming, thanks to last week’s episode preview, but nothing could have prepared us for it. No, not even eight weeks of casually showing a Gilbert-branded rugby ball on a desk at Xio headquarters, which blended in quite well behind the trading card, figurine and Microsoft Surface™ adverts that have been crammed into this show.

Toku shows are certainly not averse to weird crossovers, shameless adverts and the like. Even Kamen Rider Gaim had awful episodes involving football matches (because of a movie) and a ToQger crossover (because no one was watching that show). There was also that weird not-pepsiman thing, which surprisingly turned out okay. 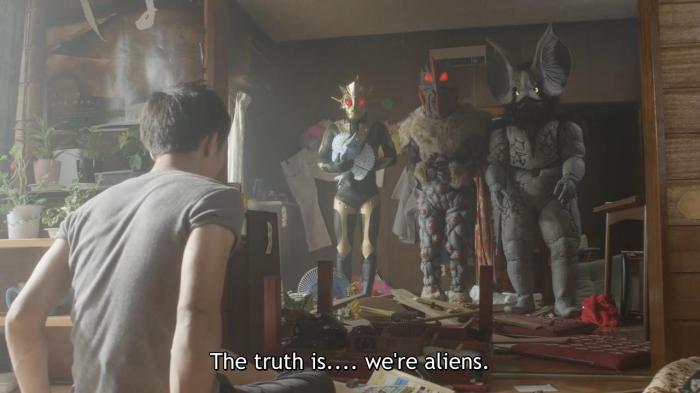 This is it. This is what I want Ultraman to be. We’re treated to a group of incredibly dorky and likeable aliens, meet equally dorky and completely ridiculous bad guys, with the episode culminating in a rugby match to decide the custody of a shark-whale. It didn’t matter that this was an obvious and strangely placed advert for rugby merchandise, what mattered is that it was crazy good fun and completely refreshing.

It’s a shame that we have learned more about these three aliens in the space of 15 minutes than we have about anyone working for Xio in nine whole episodes. Every human character is so unbelievably boring, and that shouldn’t be the case when there are at least a few intelligent alien species out there to liven things up. Xio being far too hasty to pull a gun on the good aliens also raises a few questions, given they literally work with an alien. Ho hum.

I’m sure fans that find themselves attached to this franchise might disagree, but given what I’ve seen of it thus far, this would be the episode I’d point towards if asked what’s good about Ultraman.

I fear for my standards when such a clumsy racism parable can be met with such unbridled delight on my part, but unbridled delight is what I had. Euri covers it above; this is a good episode with likeable characters and a plot with actual stakes that I, the viewer, can understand. It is a genuine pity that it is delivered as a joke episode and that next week is no doubt going to be back to the uncaring slaughter of any confused aliens arriving on Earth. I hope I’m wrong. I’d put money on not being wrong. 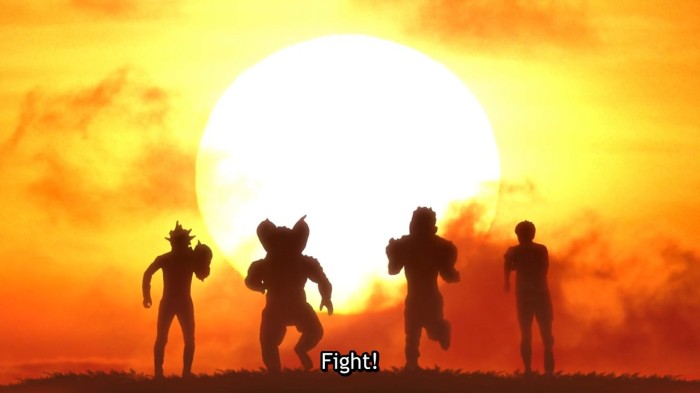 We’re never going to have another episode as beautiful as this.