Hello, and welcome to All Your Monies, where The Glorio Blog’s resident toy and figure collecting crew (and Aqua) will run down the last week’s new pre-orders, turning a loving or scathing eye over what’s been put out for you to spend your hard earned cash on. This week Kotobukiya and Phat try really hard to get all your cash while everyone else slacks off. 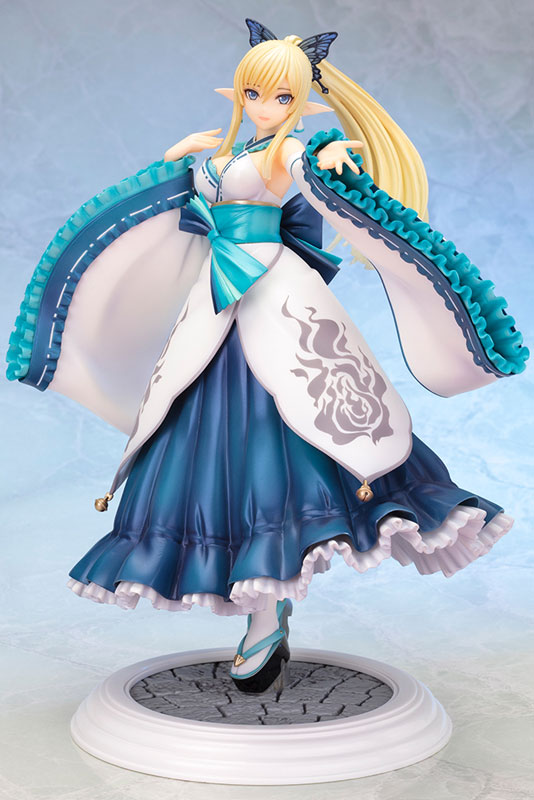 Timmy: Tony and Kotobukiya once again try to assault my wallet with another pretty girl, and I am actually surprised it took this long for the pair to give Shining Resonance’s main heroine the scale treatment. I really like her color scheme, and especially the “rainbow” of blues used in her front ribbon is something that really stands out to me. I am tempted, but I might hold off and see if Kotobukiya releases a orange version of the outfit from the artwork they used the pose from, which they will if they know what is good for them. Other then that it is their usual fare. The pose is nice but not overly exciting, the sculpting and paint work is rock solid where it counts, and the face, well, either you are a fan or you have shit tastes. Interestingly enough Kotobukiya are doing that thing again where orders from their store get a little something extra, which in this case is an alternate skirt piece so you can show off those pretty legs and kneesocks, if you don’t mind spending the extra cash.

Jel: Tony Taka Same Face Why Does He Have Butterflies On Everything Now etc. etc… OK seriously though I do like the color scheme, the fiery flower thing on her dress, and the cobblestone base. And hey, she is almost fully clothed! Other than that though, kind of boring.

Timmy: My Little Vampi Can’t Be this Cute… or something. Seriously though, not only is Kotobukiya tearing though their assigned portion of this Bahamut line but they are doing a stunning job while they do it. I love the floating pose, the base that enables it, and her face with it’s cute expression. Sculpt and paint wise there are tons of awesome things going on, though if I had one qualm it would be that the bricks, rubble, and pillars could use a bit more color variance between them. Still that is definatly a small issue on an otherwise stellar addition to the line, and another reason why I should cave and preorder them all already.

Jel: This is a fine figure and all but when do we get our Rage of Bahamut: Genesis line? This easily could have been Rita. I will say the base is outstanding, and I particularly like the way they used the broken glass as a stand for the little bat. Well played.

Timmy: I haven’t bothered watching Paradise yet so I really don’t know much about Angela, or  Frontier Setter for that matter. I have always kind of liked her design though, especially her super long hair and the transparent green bits of her outfit, both of which Phat have expertly realized. Also note the careful detail and shading put into the spots where skin and outfit meet, especially that ring around her leg, as an example of the thought and craftsmanship at work. Finally she sports a nice, alluring expression that definitely fits her pose, which itself is heavily accented by the inclusion of her little blocky friend. Phat’s Angela is certainly a nice choice if you are a fan of the show, and if I eventually get around to watching the show and like it I might consider picking her up.

Jel: Because I am 12 years old I always read her name as “ball sack”, which is probably appropriate since she looks like she was designed by a teenage boy. I’ll never understand how these talented artists can make such intricate, otherwise believable designs and yet still think massive, basketball size breasts are OK. Let’s be honest though, we’re all looking at the little block dude, which is the only visually interesting thing here. Pass.

Timmy: I am not really sure how many School Live figures we are going to get but at least now we have something, and while Yuki here isn’t the most extravagant thing I still think she looks pretty nice and pretty damn cute. Unfortunately Di molto bene doesn’t really have any Bishoujo figures under their belt to really give an indication of what they can do, since they sort of mysteriously canned the only ones they had up for preorder. So I guess that is a thing they do. If you even just sort of want Yuki here it is probably best preordering her to show your support.

Jel: That sure is Yuki. I’m not sure what else to say as this is a perfectly competent rendition of the character. It’s not bad, it’s not great, it just… exists. If you’re a huge fan of the anime or manga, it’s nice that there’s an option at least but otherwise this isn’t a terribly exciting figure.

Timmy: I want to say this dude’s design is all over the place but somehow it works really well, especially in the context Kotobukiya have put him in. The colors look great, the face and hair combo is really unique and looks stunning as well, and the base is a great example of just how well a clever design can accent a figure. I especially love the way the smoke on the background corresponds to the pipe he is holding. I haven’t watched the show so I don’t know why he is dressed like this, but I am glad he is as it gave us a really nice figure to gawk at.

Jel: Everything I know about design is screaming “NOOOOOO!!!” when I see those colors but wow, what a visually interesting figure. The pose, the expression, the base, it’s all very unique. I bet this will make for some stunning photographs with a little light coming through that background screen.

Timmy: At first glance this dude is really damn expensive for a figma, but on closer inspection that car he comes with at least partially justifies it. Sherlock himself looks pretty great as well with a few other neat accessories to accompany him on his automotive powered journeys. I certainly want to scoff more at the price but honestly I am really glad that this guy exists.

Jel: I am loving this trend of figmas getting away from school girls and into broader territory. Please click the link at look at all the accessories because the real story here is that he comes with a full size old timey car. Still not sure it’s worth 8000 yen, but that’s the current figma market for you.