Hideki Nishimura is an MMO-addicted teen who once professed his love to a fellow gamer only to discover ‘she’ was actually an older man in real life. Now he firmly believes that all the people he encounters in the game are actually dudes but what will happen when he discovers his party members are actually all beautiful girls from his school and oh no not this shit again. 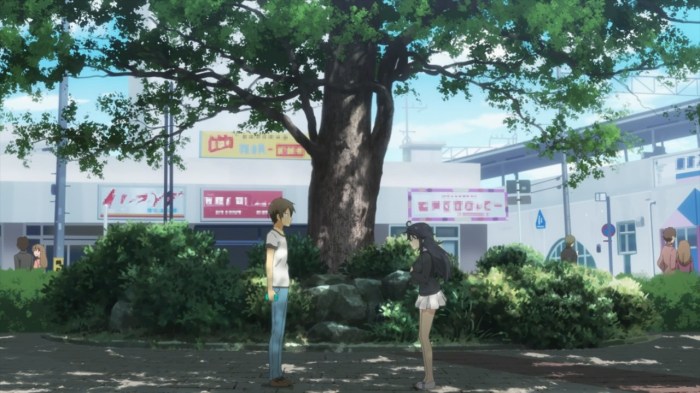 This is far from the worst spin we’ve seen on this idea, but the basic idea remains that we have seen this idea so many times at this point that it’s nearly impossible to make interesting. It’s nearly impossible for me to write anything interesting either. What is there to say? I could criticise the blatant otaku pandering wish-fulfillment, the effortless misogyny, the shallow and stereotyped characters, but is there really any point in all of that? The thing I will say here is that the videogame aspect seems even more superficial than usual. There’s no reason this couldn’t have been a perfectly standard harem comedy, with everything that implies. Otherwise, you sort of already know if you’re into this or not. Personally I couldn’t be less interested.

This might be an even creepier tween gamer fantasy than Sword Art Online. You thought there was never a girl online? But wait, all of your cool MMO buddies are hot girls who are also conveniently in your class! And one of them is super in love with you, with the implicit promise that all the others are to some degree as well! It’s just another boilerplate-ass harem fanservice show with the way-too-popular-nowadays RPG aesthetic draped over it. We can do better than this.

3 thoughts on “First Look: And You Thought There Is Never A Girl Online?”