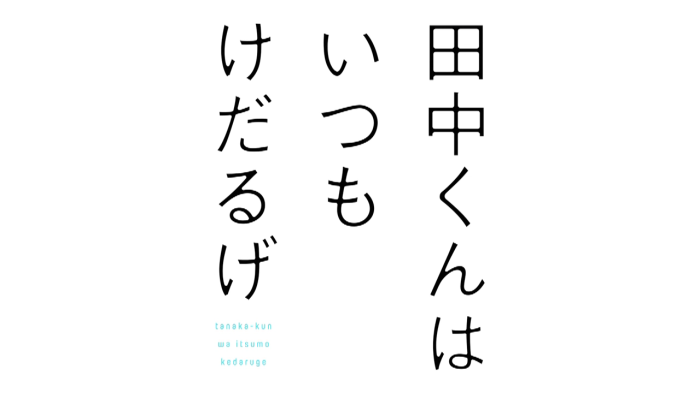 Tanaka is, well, always listless. While his classmates go about their regular high school lives, he mostly sleeps his way through it, much to the concern of his loyal friend Ohta.

The problem with these slow-paced, pastel-coloured slice-of-life shows – known to the initiated as iyashikei or ‘healing’ – is that your appreciation of them mostly depends on your mood. At eleven on hot summer’s night outside, there’s nothing I’d rather watch, but when I feel I’ve got better things to do, shows like Tanaka-kun is Always Listless are pure torture. With its impossibly long-held shots of nothing, gags spread out thin as film and one-note main character, Tanaka-kun does little more that preach to a choir of the already relaxed and/or stoned out of their mind. It is the exact opposite of healing, it is sedating – serving little more purpose than to extend saccharine bliss rather than inducing it. Yet if you don’t welcome what Tanaka-kun is trying to do, it becomes insufferable very quickly. Like, five seconds in quickly.

There’s nothing inherently wrong with a show being appealing only when you want it to be, but truly good stories will manage to rope in even the unbelievers. Accepting the Gospel of Tanaka-kun, Wise Man Of The Unoccupied Patch Of Grass Under The Tree, will however require the patience of a saint. Shinya Kawatsura of Non Non Biyori fame obviously knows his way around adapting slice-of-life, blessing Tanaka-kun with all the usual pastoral fare you’d expect, and appreciably alternating between snappy, super-deformed skits, intermezzos and longer, pseudo-philosophical sequences in order to shake the damn thing alive, but in the end he cannot save this series from being irredeemably boring. Besides, for being all about relaxing, Tanaka is a surprisingly frustrating guy to be around. I’m usually not too hard on shows like this, but even my patience has limits. As a short, Tanaka-kun is Always Listless might have worked. But as a full-length series, it’s dang near pointless.

The synopsis sounds mildly amusing at best, and even thinking back on most of the jokes, none of them should have been that funny either. So when I say that I literally ended up crying from laughing so hard – particularly in the episode’s latter half – I can’t properly explain why. Maybe it’s because I’m all too familiar with Japanese schools myself or maybe I was just in exactly the right mood at the right time, but whatever the reason, I found this episode absolutely hysterical. I suppose it wasn’t the gags themselves as much as it was the timing, which I get is an extremely subjective point and so won’t be trying to force anyone to watch this. I swear though, I haven’t laughed this much or this hard at an anime since Nozaki-kun. Give it a try, you might be as surprised as I was at how well it works for you.