Hello, and welcome to All Your Monies, where The Glorio Blog’s resident toy and figure collecting crew (and Iro) will run down the last week’s new pre-orders, turning a loving or scathing all-seeing eye over what’s been put out for you to spend your hard-earned cash on. This week, the Nendoroids are here to take over.

Zigg: It’s somewhat surprising to me that Thunderbolt Fantasy was popular enough to inspire a Nendoroid, but I guess Urobuchi’s name carries a lot of weight. In any case, this is a remarkable rendition of such a complex design, and as such it’s one of the most detailed and extravagant Nendoroids in quite some time. All credit to the designers and sculptors for pulling it off, but I remain uncertain. To me at least a major part of the appeal of the show was the glorious clothing and aesthetic design of the puppets, and as hard as you try you can’t capture that in Nendoroid form without watering it down into a somewhat simplistic anime-esque style. great effort but perhaps a little off base?

Iro: I guess the enormous, beautifully carved puppets used for the actual show are too complex to make salable replicas of, but does anyone care enough about Thunderbolt Fantasy to buy a nendo of this guy? The SD nendo style barely translates from the actual show, and other than the writing pedigree there seems to be hardly any reason to purchase this. Maybe if you only buy figures of people who are into weed, I guess?

Jel: I’m kind of disappointed they just made a regular nendoroid of this and didn’t switch up the style at all. Maybe I was sort of expecting something specialized like the Kirby nendo that would play off the fact that he’s a real life puppet and not just another anime character. At the very least maybe they could have switched up the style on the eyes or something? Should they have even bothered making a nendo in the first place? These are the kind of broad, high level questions I suspect he would be contemplating while smoking whatever is in that pipe. 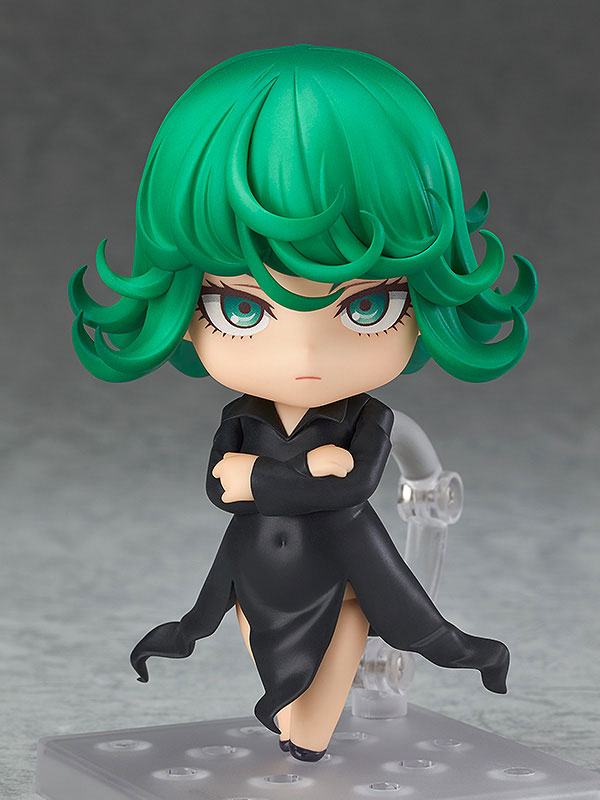 Zigg: As has become relatively common with Nendoroids, this is a fine reproduction of the character let down by uninspired accessory and expression choices. Admittedly it’s pretty hard to come up with bonus bits and pieces for Tatsumaki, but it still makes this a less attractive package overall. One for the fans only.

Iro: Queen Bitch of One Punch Man might as well already be a Nendo with her basic design, so this seems particularly unnecessary. Alas, from what I remember she’s one of the more popular characters in Japan, so this will probably sell tons.

Jel: As one of the few Glorio members that has not seen One Punch Man, I have no idea who this is. I have seen her around though and I do like her design, or at least her hair is really cool. She has wind powers or something right? The bits of rubble could be used with some other nendos so I guess there’s some extra value there. Otherwise, not too exciting if you don’t like the character. 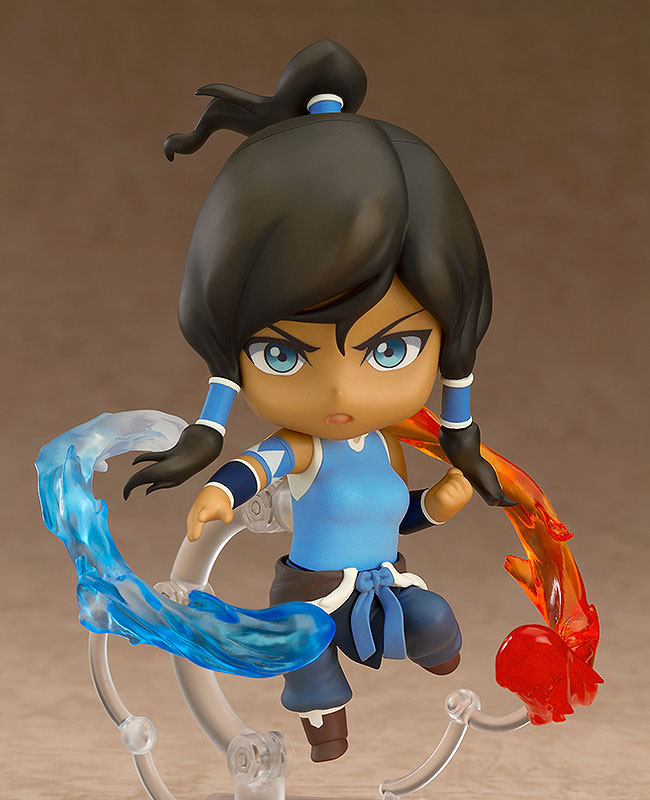 Zigg: This was previous that very rarest of things, namely a region-locked Nendoroid. Korra was only available in North America in her initial release, presumably due to licensing restrictions, so it’s great to see her finally make it out to the whole world. It’s a pretty bang on depiction too, with the face particularly good, although the alternate Avatar State face part doesn’t really work when you have such enormous eyes. The effects parts are neat too, but it’s a shame they could have bundled osmething else, like a platinum robot or something. Now stop messing about and give us Aang.

Iro: This seems fine, apart from the horrifying Avatar State face. I assume Korra is more popular in the Japan market because of the greater quantity of sexualized fanart, so I’m not exactly surprised, but where the hell is our Aang nendo? He’s got the bald head and everything, and there were the goofy chibi-style shorts for the original series, AND there’s potential for way more accessories for him. Also, the first two seasons of The Legend of Korra are bad. Fight me.

Jel: Hey, now the rest of the world can buy everyone’s least favorite avatar! Allegedly; I’ve never watched Korra…. anyway this is a pretty cool nendo as Korra’s design is rock solid and those fire and water effects are pretty cool. Other than the alt face though, not too much going on. It is cool to do such a fast re-release since the original was U.S. exclusive. Now if they can just get on making an Aang nendo, that seems like such an easy choice.

Zigg: I really love the idea of this in principle – Jack Frost is a simple and iconic design and he’d look great on a shelf or desk at this time of scale. The problem is this is something that should be cheap and cheerful rather than this quite frankly silly price. It’s not like this design needs a great deal of fine detailing and in the end this just makes it unattainable for people like me who’d otherwise be tempted.

Jel: I…. I think I want this? I missed out on the Jack Frost nendo so I’m feeling kind of left out. That said, as much as I like Jack this is pretty huge so not sure I want to commit that much display space, let alone pay that much money for it. Minor detail, but I’m also kind of annoyed at the little seams on the end of his hat antennae things. What are those anyway? 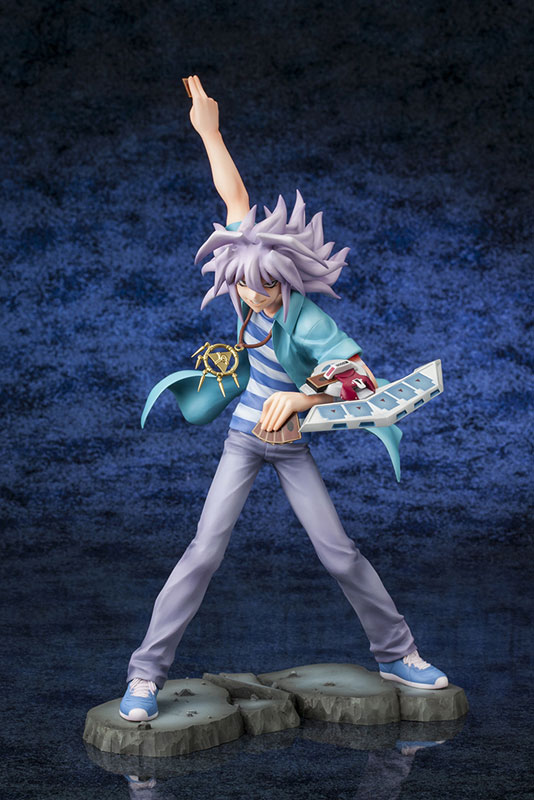 Iro: I’ve been asking this ever since Zigg put up the draft post for this edition of AYM, but did Bakura ever actually use the Battle City Duel Disk? I don’t think he was actually involved in that arc, and I feel like by the time he resurfaced as the main villain they were already to the point of just summoning actual monsters with their spirit energy or whatever. Either way, this seems like standard enough fare for a show that’s got to be nearing 15 years old.

Zigg: My counter argument to Iro was that once they start using the Battle City Duel Disks they never use another design throughout original Yu-Gi-Oh! and while a lot of the Millennium World arc is set in Ancient Egypt (don’t ask) there’s enough of it that’s present day that Bakura had to have this version at some point. It’s been a long time OK? Also all of Kotobukiya’s YGO stuff has been fantastic and this is no exception. I particularly like the fact they’ve captured Bakura’s axe murderer face very accurately. Rapid re-releases are also a very welcome feature of this line.

Jel: I know nothing about Yu-Gi-Oh but this guy looks like a jerk, I don’t want him on my shelf. Those blue shoes are sweet though.