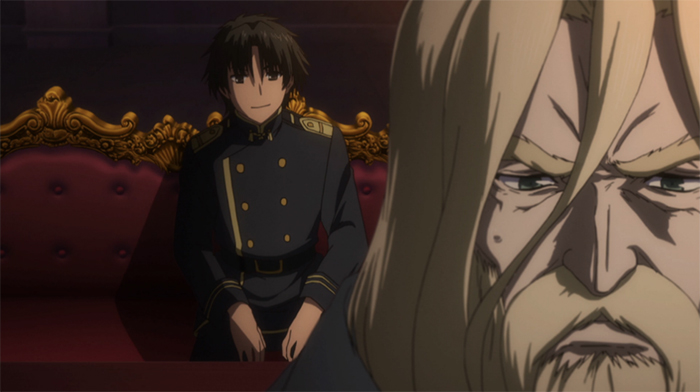 “No News Was Good News”

Tuesdays at 12:00 pm EST on Crunchyroll

​Willem is reunited with some old friends but the visit turns sour as he learns more about the fairies and the current state of the world. Ctholly is upset that Willem did not return home with the group, but has bigger issues as she struggles to keep control of her mind.

Bringing back characters from Willem’s past is interesting. I appreciate they did not jump into an extended flashback, but instead gave us enough of a glimpse of the past for us to fill in the blanks on Willem and Souwong’s relationship. I also feel like it was better to leave the background info on the former villain guy vague as well. Those kinds of things often end up better in our imagination. Still, I hope they leave it at that as bringing back more characters from 500 years ago kind of makes Willem less unique. Even in this case they needed to throw in the line that Souwong can no longer be considered human just so we can be clear Willem is the last one.

I guess it was more important to establish the totally not shocking revelation that the fairies are created from the souls of human children. This is clearly a bad thing to do, but Willem’s reaction does seem to tie into my rant last week about not taking action. I can understand his desire to protect the girls but they’re ALL going to die if no one does anything. Really the decision shouldn’t be up to Willem or his tsundere old man necromancer friend. If the point is letting these girls experience life as humans with free will, then shouldn’t they be the ones decide to fight or not? I’d bet most of them would. I suspect that’s the direction they will go eventually.

As for the ending, I really hope they continue to keep Ctholly’s puppy love crush one sided. That became painfully more obvious as she confessed the shallow details of her “love”. I’m still fine with her feeling that way as she’s just a sheltered kid, just saying I hope it stays that way. Judging by Willem’s reaction I think we’re good, but I dunno, this is anime and stranger things have happened. If I had to guess I’d say next week we’ll be getting a lighter episode after all the heavy plot bombs this week, but we’ll see how it goes.

4 thoughts on “WorldEnd: What do you do at the end of the world? Are you busy? Will you save us? Episode 6”