In August of 2016, I bid farewell to Japan for what I thought would be a long time. I had lived there for four good years and so as you’d expect, it was an emotional leave-taking. That said, I was leaving for good reason – to expand my job horizons and my life experiences by choosing to live in another totally different and non-English speaking country for a while – and I was hopeful about my immediate future. And so I flew out of Japan with both tears and a smile.

I came back this year in March with tears again building up, this time out of sheer relief. I’m not exaggerating when I say I could have kissed the ground after making my way through customs and getting outside the airport at something like 10 or 11pm. Still, I checked my enthusiasm until I had gotten on the train, dragged my suitcase from the station to my hotel, and locked myself in my room – where I promptly started bawling (as quietly as possible, so as not to disturb my neighbors).

See, it wasn’t just that I had missed Japan. It was that it felt like I had come home. And with this came a whole lot of incidentals that had been building up over the past several months – the things I tried not to let myself think about too much while I was away lest it all become too much for me. I’m not even talking about the big stuff here, like missing my friends or being halfway literate again. I’m talking about the everyday things – the stuff people don’t usually think about because it just doesn’t occur to them to think about in the first place.

I realise that the following list is possibly going to make me sound like some overly privileged first-worlder who doesn’t know the first thing about what it’s like to live the hard life – and that’s actually fairly accurate. Still, I feel compelled to continue anyway because a) how I might come across doesn’t make the list any less true, and b) it’s a list of things I’m truly thankful for, and continue to be thankful for even though I’ve been back in Japan several months now. Every time I wince at the annoyances of Japanese bureaucracy, every time somebody praises me for my amazing chopstick skills, every time I want to throw a fax machine out the nearest window, I take a deep breath and remember what I also came back to:

– Flushable toilets (with cool buttons!)
– Drinkable tap water
– Hot showers (and onsens!)
– Walkable footpaths
– Reliable public transport
– Clean air and general surroundings (plus castles, temples and shrines, oh my!)
– Not being kept awake every night by thumping music courtesy of the neighborhood street parties
– Not being woken up at every day at sunrise by the roosters on the street
– Being able to walk outside at any time of the day or night without fear for my own personal safety
– Not having to be very careful about what I say at any time or place regarding politics or religion

Not all of these are specific to Japan, of course, and it probably bears repeating that no country, however much anyone may love it, is perfect. Even in my first year of living here, I don’t think I was ever guilty of looking at the place through rose (or otaku)-tinted glasses. But it was only after leaving Japan and living in another new country for a while that I became aware of how very much I had missed it – and that, quite possibly, Japan might even potentially be my (second) home for good. Only time will tell with that one, but for now, I’m still just incredibly grateful to be back. And now that 2017 is drawing to a close, it’s as good a time as any to remember it. 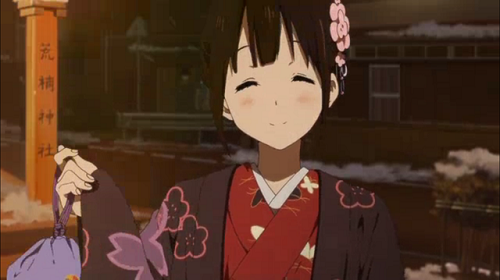