“The Judgement of Kiryuu Sento” and “The Weaponized Hero”

The true fate of Katsuragi Takumi is revealed.

These two episodes share a common flaw, which is that they revolve around a twist which the show treats as absolutely stunning, yet could be seen coming form quite a distance away if you kept your wits around you. In fact, our very our Euri guessed a minor variation on it as far back as episode 7. So yes, our lovable tousled-haired genius main character is in fact arch-evildoer and Faust founder Katsuragi Takumi. Gasp! 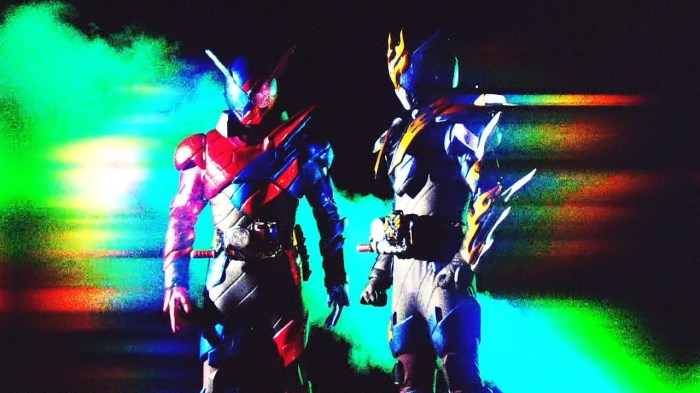 Sarcasm aside though, the predictability of the twist isn’t really the issue here. No, it’s the fact that it kind of doesn’t really have any effect on anything happening. Ideally when you deploy a shocking twist it should be something which fundamentally affects the structure of the show, or at least the character which it’s deployed against. None of that happens here really. Instead, Sento mopes about a bit before receiving the obvious moral (the person you are now is a completely different person to the person you were then) and proceeds to shape up and prod buttock. 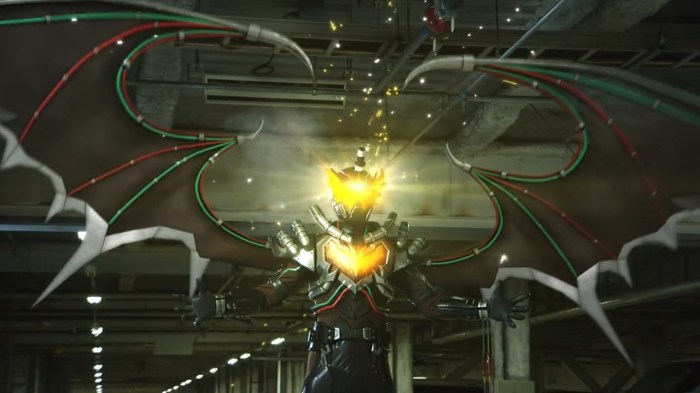 It’s not a terrible bit of narrative but it does highlight a growing issue with Build, namely the lack of cohesive character writing. The overwhelming impression I’ve gotten from the show is that it largely relies on big clichés and melodrama (such as Ryuga’s endless corny flashbacks to his girlfriend) in lieu of actual character development. Now granted, this is true of an awful lot of toku, but the best shows manage to inject enough little endearing characteristics and quirks into characters to keep them interesting. That’s something I’m finding consciously lacking from our main two Riders, and much of the cast to be honest. Only Soichi and Misora really pique my interest, though that’s as much a function of their superior acting as the script. This is excellently illustrated in their shared scene, where each is lying to the other but determined not to show it. Their banter is at the same time touching and hypocritical, and Maekawa and Kaho Takada get to flex their dramatic chops a bit more in one of the most compelling sequences across the two episodes. 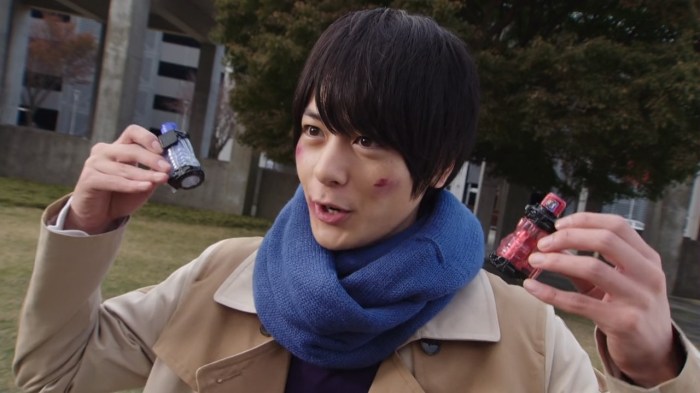 Back with the main characters, what’s most interesting to me are the large-scale plot developments hinted at in the final minutes of episode 16. Not only do we apparently have a new quirky miniboss squad (a Kamen Rider specialty), but we’ve also got a brand new evil Rider, and the possibility of open conflict between the states. Or is it just a front cooked up by Gentoku and the opposing Prime Ministers? Either way it looks to give our narrative a shot in the arm, which is something I think we could do with after this underwhelming pair of episodes. Build isn’t flirting with disaster, or anywhere close to it, but a bit of tightening up in some areas could see it return to the heights it recently climbed. 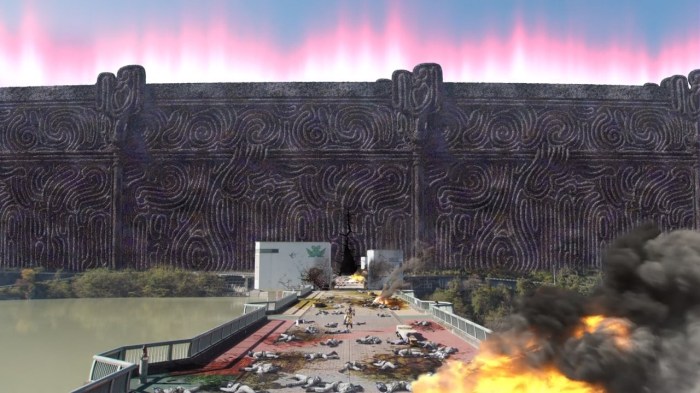