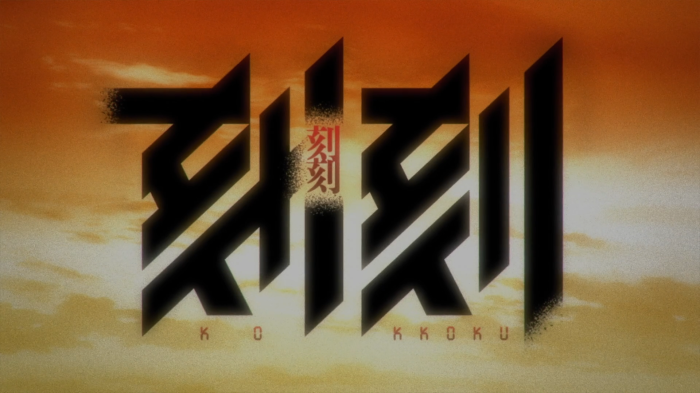 Everything changes for 23-year-old job hunter Juri Yukawa when her brother and young nephew are kidnapped by a mysterious organization, and her grandfather reveals his possession of The Stone, a bizarre artifact that allows him to enter the world of Stasis, where everything and everyone but them has been frozen in time. Using The Stone’s powers, Juri, her father and her grandfather attempt to sneak into the kidnappers’ hiding place while they’ve been rendered motionless — but they soon find out they’re not alone.

Aqua’s verdict: Worth Your Time

Thank the heavens (or Jel) my third assignment doesn’t warrant elaborate nuance à la Citrus — Kokkoku will attract people based on its decisive lack of high schoolers alone. Aside from those “young women at work” shows P.A. Works likes to make every once in a while, we just don’t see proper adults in anime very often, especially not lower-class losers of the suburban war like we see in Kokkoku. Despite being a supernatural thriller first and foremost, there’s an undercurrent of genuine social drama that I hope the show won’t casually leave behind after its move into its more esoteric territory. It makes the cast and their personal stake in entering the world of Statis all the more engrossing — to a point where it arguably becomes this show’s key draw. A similar premise with the usual mix of teen otaku surrogates and their squeaky suitors probably wouldn’t have flown quite so easily, although Kokkoku further distinguishes itself from shows like Erased or Steins;Gate by tossing in a healthy serving of eldritch horror. I mean, on top of the eldritch horror that is job hunting in Japan, that is. 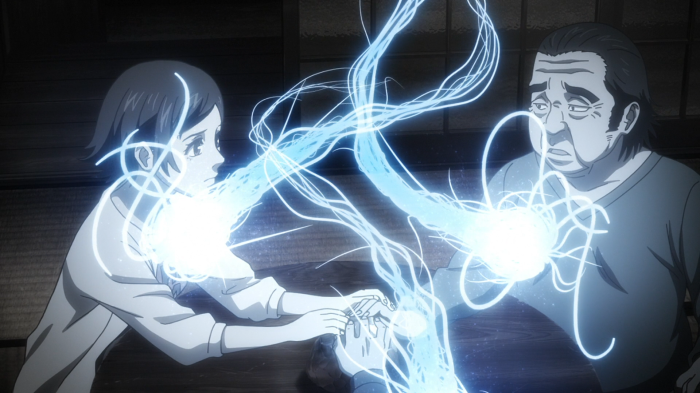 With its heart in the right spot, Kokkoku‘s pilot provides all the fundamentals for a thrilling watch I’m interested to see more of. That’s not to say the series is without its flaws. The dialogue can be a bit expository at times, the CGI is shamelessly flaunted despite its shady looks — heads will roll if Geno Studio’s upcoming adaptation of the beloved Golden Kamuy looks anything like this — and the show’s explanation for how the Yukawas can interact with anything in a world where time stands still raises more questions than it answers. Also, I can’t help but think that unwarrantedly saucy ED is notorious sleazebag Yasuomi Umetsu’s (Kite, Wizard Barristers) compensation for turning Seita Horie’s art into something more conventionally marketable. Nevertheless, it would be a shame to see this one slip under the radar, as Amazon seems to have no intention to promote Kokkoku in any noticeable way. Anime Strike may be dead, its tendency to damn good anime to the oblivions of unavailability is more alive than ever.

This has a lot of potential, and while it’s too early to tell for sure if it’ll cash in on it, this was still one of the best intros I’ve seen in some time. Time stopping is all well and good (and a cool visual effect, even with some iffy CGI), but the real charm here was how it related to the mundane drama of living in a tough situation. Half the episode goes into making the main character sympathetic in a relatable, modern sense, and in doing so also manages to set up a sense of dread and desperation about stopping time where another show might just have it as a cool gimmick or something. Here’s hoping it keeps up with the compelling personal drama and doesn’t become some kind of action show. Kokkoku does a great job of setting up some real potential, but I feel we’ve yet to see the show make good on any of it yet. The interplay of mundane fears and the supernatural gives me some Erased vibes, but we’ll have to see if Kokkoku will keep that grounded drama in the forefront or if they eventually step back in favor of supernatural shenanigans. Still, between the young adult protagonist and some of the interesting mysteries on the periphery, I’m definitely intrigued at where it goes. I just hope we’re not talking about Kokkoku a few weeks later, about how it failed to stick the landing with its compelling premise.