Our heroic Kamen Riders find out that Seito is putting on another winner-takes-all Proxy Battle. Everything comes down to the final round between Build and Rogue.

Programming note: There was no post last week due to a delayed subtitle release. Normal service going forward hopefully!

It’s the same story with Build as it has been for a little while now. There are great moments here, cool sequences and interesting ideas, but there’s an overall failure to unite them into a solid plotline. That’s a tendency that is becoming an ever bigger problem as we proceed through the show’s run and it fails to condense into a strong central narrative. Across these two episodes there were definitely bits where I was interested and excited, but the bigger questions floating around prevented me from enjoying them as much as I ideally could have.

To start with, I’m sorry but I think the proxy battle thing is just really dumb. I understand it’s difficult to tell an actual war story, especially on the comparatively tiny budget of your average Kamen Rider show, but there’s nothing dramatic or climactic about staging a one on one battle in an empty warehouse. In an ideal world you’d be able to write situations where organically growing storylines could lead to big showdowns between the Riders, and that’s mostly how previous series have operated. Having your battles arranged ahead of time just smacks of lazy writing to me, and subsequently it’s kind of hard to get invested, especially since I’ve always most enjoyed toku fights when they embrace their inner Jackie Chan and mess with the environment, which is obviously a non-factor here.

Practicalities aside, this also doesn’t make a huge amount of sense in storyline either. Rogue was powerful enough to bust his way straight into the Parliament building and take Pandora’s Box, and the impression we’ve had overall is that Seito is overwhelmingly stronger than Touto, so why agree to this situation that gives them a reasonable chance to win? Furthermore, why make it three rounds when you know you’ve got the most powerful Kamen Rider by a mile, who can easily take any of the Touto Riders in a one-on-one fight? I suppose they perhaps want insurance after Black Hazard Build almost beat Rogue by going berserk, but it still seems an unnecessary risk. I mean, Grease wins and Cross-Z would have won if Banjou were not a huge idiot. Admittedly, his reason to throw the fight is very in character and it’s a nice super shitty move from the Brothers, so it’s definitely better than the alternative of Banjou just getting beaten down. 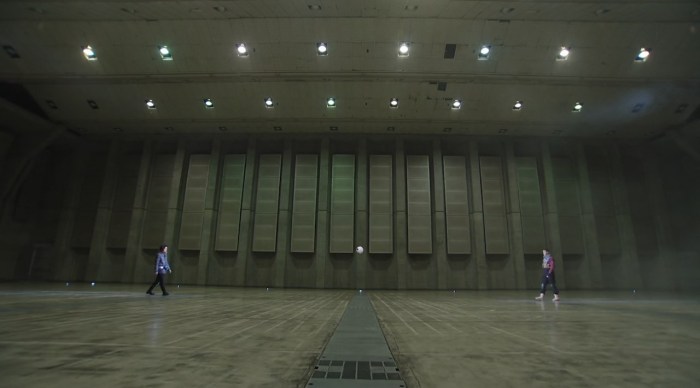 The big reveal over the course of these two episodes is supposed to be that Sawa is actually a mole for Nanba and has been secretly feeding him info on…wait, didn’t we already do this? Honestly, it was super underwhelming the last time this happened, and going back to the well seems almost comically ham-handed. It’s worth remembering that the reason Sawa allegedly turned away from Nanba last time was because he betrayed her and turned her into a Smash, which is a pretty good reason to turn your back on someone. I guess the idea is that Nanba’s indoctrination of his ‘Children’ is so strong even that’s no great shakes? It does look like however that Sentou is onto her so I’m fully anticipating a swerve that she was actually with the good guys all along and just playing Nanba. Honestly, I feel like that’s the only way this plotline remotely approaches something which works but we’ll see. I’d like to be pleasantly surprised!

The other big happening in this pair of episodes is Sentou finally achieving a new powerup and turning the neat looking Black Hazard into something way goofier. OK, that’s a little unfair – RabbitRabbit’s aesthetic is actually pretty unified for a Rider Super form, and overall it looks neat, with the gold and red colour scheme being particularly striking. The problem is Build has already had such an incredible blizzard of powerups it’s hard to take this one as a major advancement, even though it’s meant to be a major step. One problem with Build’s focus on technology is that since Sentou just creates his own upgrades it’s kind of difficult to tie them into big story beats, and sort of raises the issue of why he just didn’t make himself more powerful at any given point. To its credit, the show tries to make this a big emotional moment to heighten the drama, but it also does so by just hammering away at the one moral it’s been repeatedly using all along – Sentou is a different man from his past self Katsuragi, and shouldn’t be beholden to his decisions. It’s not a bad moral, but it’s pretty much the only cogent angle Build has had on the whole thing, and they’d already kind of beaten it into the ground before this episode.

I’ve been pretty harsh on Build here, but that’s only because I’m frustrated about what I see as obvious squandering of potential. My hope is this proxy battle stuff is largely a hiccup on the way to opening out the story, but at this point it’s kind of a toss up as to which way they’ll go. For the immediate future, I’m hoping that the Sawa story goes somewhere, and that we get an outcome which is impactful one way or the other.