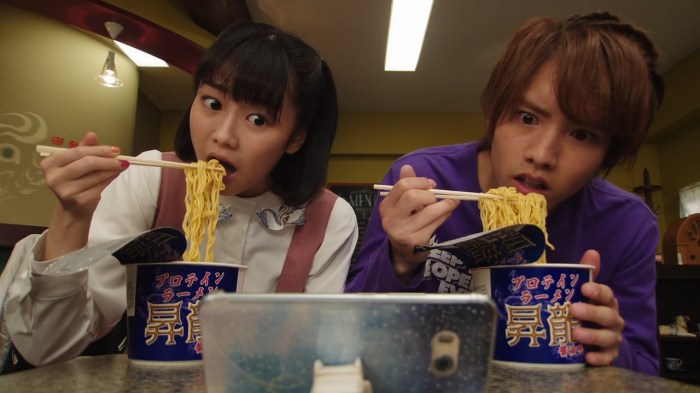 “The Truth of the Pandora’s Box”

Sentou has the government declare him an outlaw so he can take the fight to Seito directly. Also Misora is an alien now! So is Banjou!! And maybe Soichi too??? Who even knows anymore!

Just when you thought that Build couldn’t become any more of a train wreck, it doubles, triples and quadruples down on the crazy, introducing a barrel full of new, completely insane plot points. As I said last week, it’s doing pretty well at ensuring you’re never bored, but that’s at the expense of nearly any sort of plot or character coherence. so I’m not sure the tradeoff is worth it.

Misora’s bodily possession by Queen Vernage is probably the most expected, given it’s been pretty explicitly confirmed that her otherworldly powers come from her bracelet rather than being an inherent ability. It’s kind of too early to say much about Vernage, given how little she shows up in the episode, but she’s already confirmed for one of my least favourite tropes – being frustratingly vague about things when you have absolutely no reason to be. Pretty much the only plot nugget she has to deliver is that Mars’s destruction is the fault of the mysterious ‘Evolt’ who i guess could be an organisation, but is strongly implied to be a person. In an absolutely unconnected plot development, it’s revealed Stark/Soichi actually has a dual personality. Who’d have thunk it?

In all seriousness though, this is clumsy and amateurish writing, only revealing a crucial plot point about your main villain when it’s convenient to corroborate another twist which just happened. The show could have revealed Soichi’s schizophrenic nature at pretty much any point in the last dozen episodes, giving us some decent foreshadowing and a nice mystery to chew on while waiting for this revelation. Instead it sort of just feels like they tried to hit us with all the twists at once for maximum impact, and ended up with what feels like a series of contrived coincidences instead. It’s also a pretty bad undermining of Soichi’s character, since one of the key parts of his appeal has been the contrast between the kindly father figure we first saw, and the scheming manipulator he’s since been shown as. While giving him a super-powered evil side doesn’t erase that interesting duality, it does give the story the easiest possible out when they feel the need to reconcile the two sides at the end of his plot arc. Disappointing to say the least. I’ve got to assume that he’s ‘Evolt’ given his close ties to the Box, but maybe they’ll pull another fast one. 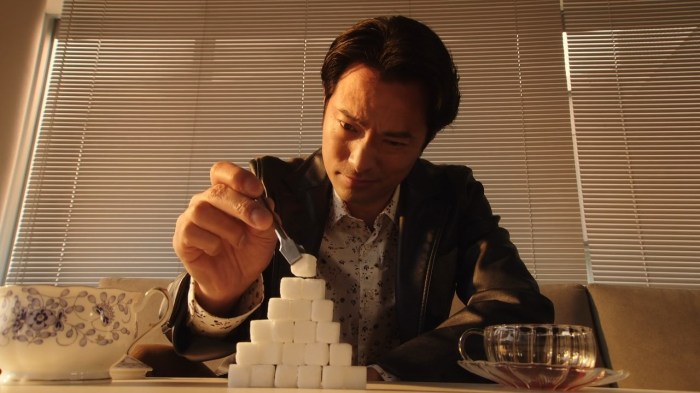 Similar can be said for Banjou’s sudden and baffling plot arc. I’ve not really got any objection to him being painted as an alien messiah, but it’s so completely out of left field and presented with zero foreshadowing that it comes off as an absurdist lurch in the story rather than a shocking twist. Again, the show’s lack of decent long-term writing counts against it here, as there’s been plenty of time to build up Banjou as something odd and/or otherworldly (it’s not like he’s been doing anything plot important lately) but we’ve seen pretty much nothing on those lines. About the only notable trait Banjou has displayed is his ability to rapidly increase his Hazard Level, but I just assumed that was THE POWER OF A BURNING HEART OF JUSTICE, and it’s certainly not enough to hint at potential alien origins for him. Power levels are bullshit anyway. As a bonus disappointment, his ‘power-up’ is amazingly underwhelming and marks a rare occasion where the show can’t even begin to justify a blatant toy for the sake of a toy. I find it pretty amusing they’re basically trying to sell knuckle dusters to kids though.

Overall, I’m very excited to see what comes next in Build, but probably not for the reasons I’d hoped for. The overall low quality of the writing is beginning to seriously affect the way the story is being told and even the action this week was underwhelming, what with the terrible chase scene and overly liberal use of awful CGI. There’s still time to rerail this story into something decent, but there’s also the increasingly large possibility of a total collapse. I guess we’ll have to see which way we go. 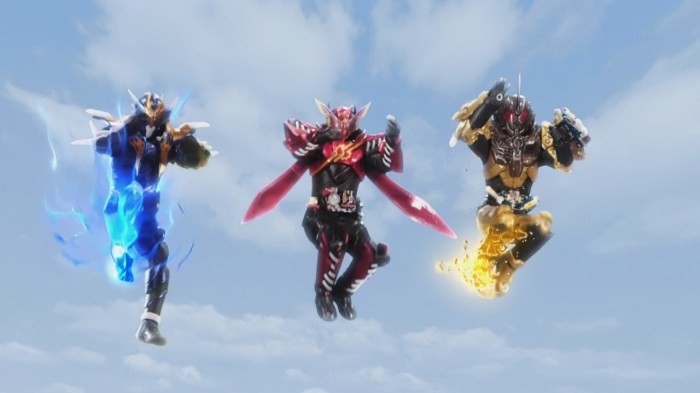