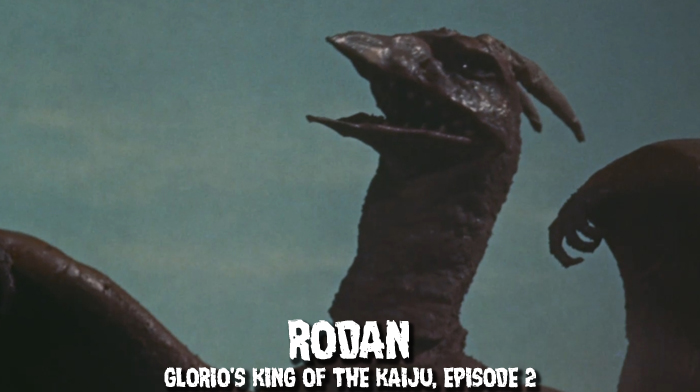 Giant monsters are fucking rad, that’s an undeniable fact. But there are hundreds of kaiju films that have spawned out of Japan and the rest of the world, and we desperately needed a flimsy excuse to watch more of them. So join myself and colons each month as we take a look at different kaiju films, from the famous to the obscure, as we work out which ones are worth your time, and who truly is the king of the monsters.

For episode two, we’ll be taking a look at Rodan. Released in 1956, it followed Godzilla and Godzilla Raids Again in Toho’s slowly-growing catalogue of kaiju movies, and was also Toho’s first colour film. If you want to watch the film before listening to the podcast, you can do so here via Archive.org.

2:07 Running through the feedback for episode one!

21:49 Action figures on string are attacked by the Meganulon

25:11 Shigeru returns, but something’s not quite right

32:10 It’s too expensive to film on location, so we’re using paintings for some shots

46:03 Final thoughts about the film

56:45 That chibi artwork, including Rodan, for Godzilla, King of the Monsters

1:02:02 Adding Meganulon and Rodan to the official GLORIO’s King of the Kaiju monster ranking

Thanks for tuning in! Let us know your thoughts below, and consider preparing for August’s episode by watching the next film on our list; Ghidorah, The Three-Headed Monster. See you in episode three!