“A Father, and a Swordsman”

The young man on the flying carpet introduces himself as Kento Fukamiya, a childhood friend of Touma’s. Before they can get too reacquainted though, another Rider bursts onto the scene, this time with a small child in tow.

OK seriously Toei, what is happening? This episode was possibly even more wretched than the the previous one, but that’s not really the issue here – Kamen Rider has been bad before and will be bad again. No, it’s the way in which this episode was so bad which is major cause for concern.

To put it simply, this episode feels unfinished. Or rather, it feels Frankensteined together from multiple different episodes that dealt with different stories. There’s no continuity between scenes and not even the barest hint of an overarching narrative thrust. Plots uncomfortably jostle together with no apparent connection and appear and disappear almost at will.

Take for example the case of Kento Fukamiya. As teased at the end of last week’s episode he’s the main focus of the cold open, as they establish his pre-existing relationship with Touma and throw a few ominous hints at our hero’s mysterious past. So far, so boilerplate. But after the credits, we’re suddenly in an entirely different place and an entirely different scenario. There’s not even a cursory ‘uh oh, enemy detected, gotta go’ thrown in to establish why this might be happening. It’s just the most brutal of hard cuts. Furthermore, Kento is gone, with absolutely no explanation as to why. Instead, we’re introduced to an entirely different new character, Ryo Ogami, who is also a Rider. Then when we return to the store, Kento is nowhere to be seen, which means he must have left completely unannounced offscreen. Presumably some length of time passed between the cold open and the main body of the episode, but nowhere is that communicated to us, making the introduction of two entirely separate major characters feel muddled and confusing. 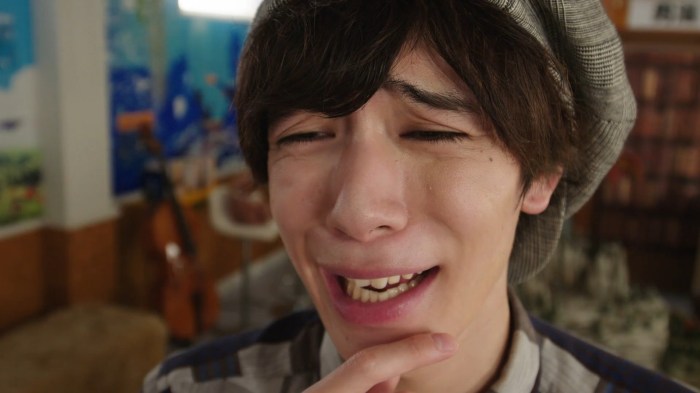 What makes these mistakes even more glaring is that Kento just shows up again halfway through the episode, in the Logos HQ without any sort of introduction at all! Even more egregiously this same scene also introduces another new character, the Logos member Daishinji, without ever telling us who he is, why he’s there, or what his role is. He literally appears from nowhere, speaks one fairly important line of exposition, then disappears again. It’s mind-boggling how out of place and slapdash this all seems. The show really doesn’t help itself structurally either, since the scene order at one point is bookshop – HQ – bookshop – outdoors- HQ – bookshop – outdoors – HQ. There’s absolutely no need for that many scene transitions! A good writer would consolidate a whole bunch of those HQ and bookshop scenes into single sequences and give your narrative a much more direct and connected flow. As it is we’re cutting all over the place without any chance to really get our teeth into the story. 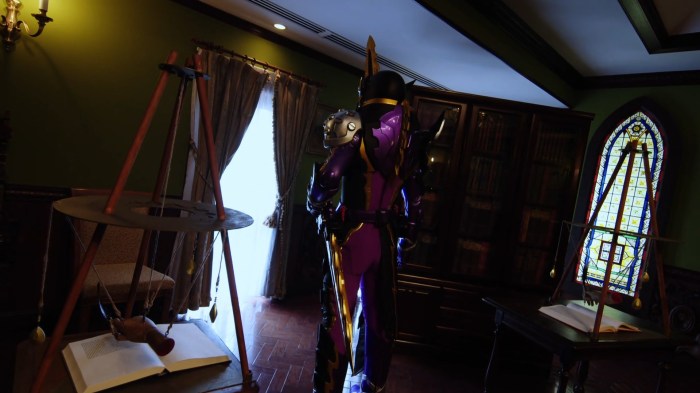 There are two reasons I can think of for this absurdly loose writing, and the first is the obvious and much more likely one – COVID restrictions are having a much bigger impact on the show than we thought they might. If you had to rapidly shuffle your production to accomodate rescheduled filming and unforseen delays, this sort of stitched together mess is exactly the sort of thing that might result. If, on short notice, the show runners had to gather what footage they had and assemble an episode which made as close to sense as possible, that’s totally forgivable. It doesn’t make the final product any more pleasant, but it makes the mistakes somewhat inevitable.

The other reason, of course, is that the show aired exactly as planned and the script is simply really, really bad. Obviously I don’t want to believe this is true but…look, it’s impossible to rule out completely. I think that one way or another the next few episodes will give us a much better grasp of which of these two possibilities is true. A good writer and an able production team (and say what you will about the quality of the show, but the tokusatsu production teams at Toei are nothing if not resourceful) should be able to work within any COVID-based restrictions to deliver a version of the story that’s still entertaining and fun, if compromised. If this was the intended product though, well, let’s see just how low we can go huh?