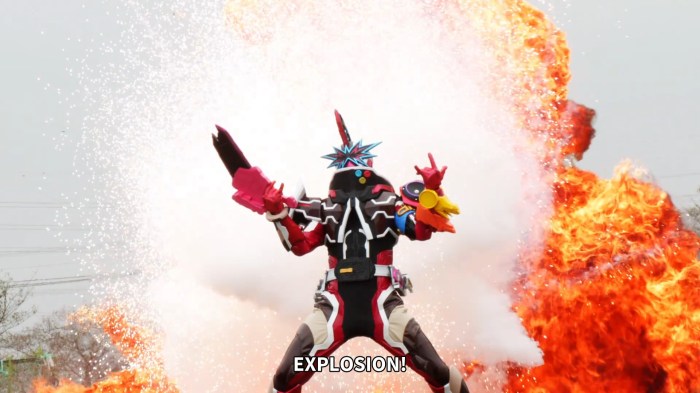 With King of Arthur out of his reach, Calibur plans to seize a new source of power. Meanwhile, Daishinji decides to express himself through music.

This is one of those episodes of Saber that’s better than what came before almost by default, since it largely makes sense and doesn’t egregiously screw up any one thing. By now though, you’ve probably worked out that that doesn’t make it good, merely that its awfulness is slightly more coherent than usual.

On the plus side, this is the first Saber outing for Koichi Sakamoto, one of our favourite tokusatsu directors. He’s renowned for his distinctive fight scenes, and indeed the beginning of the battle which takes up much of this episode is the best the show has looked in some time. You can love or hate Sakamoto’s distinctive visual flourishes, such as his penchant for dutch angles or the extensive use of wire work, but he definitely brings a verve and pace to the action that has been lacking up to now. He shoots tighter and cuts harder and faster, but never at the expense of coherency, and it’s a pleasure to see the Riders do something other than mindlessly flail their swords at each other. 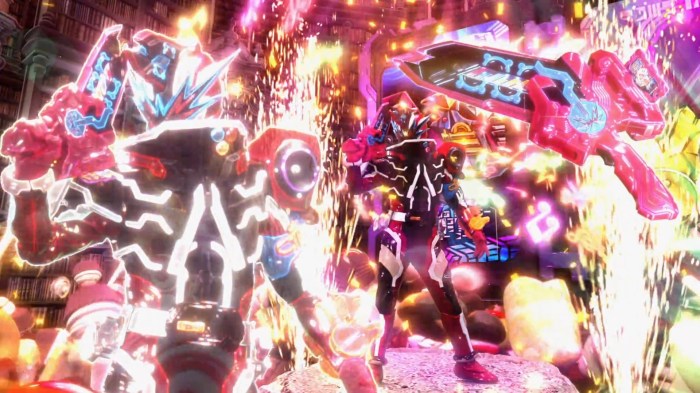 Sadly, not even Sakamoto can save us from the back half of the episode, which introduces us to Daishinji’s battling alter ego Kamen Rider Slash. The previous interactions between Daishinji and Sophia seemed to imply he had given up fighting in the field for some unspecified personal reason, but it actually turns out he just hadn’t gotten around to fixing his belt. That’s a super underwhelming reason to add a new Rider to the fray, and speaks once again of the show’s inability to tie meaningful stories to its powerups, instead just throwing them out there context free. What’s more, the introduction of Slash is just absolutely unbearable, condensing all of the show’s sins into a handy package. It’s just several solid minutes of ugly, garish CGI overload, braying sounds, and fights which consist of one sfx-laden strike.

This should in theory be a big character development moment for Daishinji, and the script certainly tries to make it so by giving him a total personality shift in battle. Problem is, he didn’t really have much of a personality to begin with and so you’re basically trying to draw a contrast with a blank. Daishinji was an introverted jerk before and now he’s an extroverted jerk, there’s not really a huge evolution. What’s more, Slash represents the apotheosis of a damaging trend – he’s the seventh Rider we’ve had introduced in just nine episodes. Even if you’d been conservative on powerups (which Saber has most certainly not been), that gives basically no time to establish each individual Rider and make their characters and powers distinctive. The result is a bunch of Riders who feel totally superfluous and interchangeable, whose characters carry no weight and whose appearances are impossible to get excited for. Past shows have proven that it’s totally possible to handle large numbers of Riders (Ryuki, Gaim), but Saber’s inability to be patient once again fatally undermines it.

The other major issue with this episode is…there’s barely anything to it. A good 90% of the substance of this episode is in the fight and there’s hardly anything else to grab onto. Character development or plot detail is basically totally absent, bar the usual inconsequential villains scene and a truly baffling closing sequence where Sophia confronts Calibur and achieves nothing. Seriously, he shows up, tries to attack her, then leaves, and I’m just utterly confused as to what the point of including the sequence was. Sakamoto at least brings some individual flair to lighten things up, but Saber’s problems are more than skin deep and it’ll take much more work than this to truly overcome them. 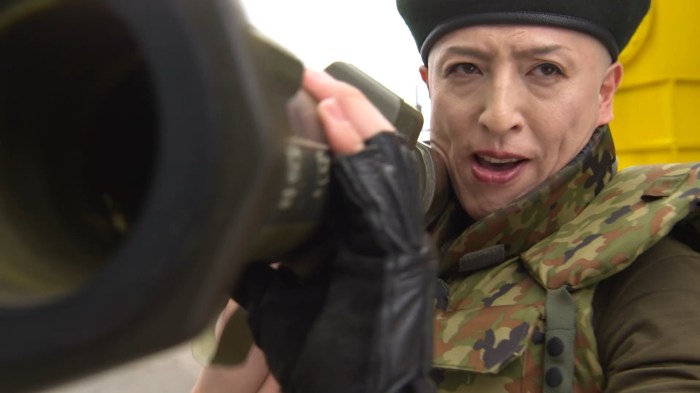 This is the Gaim special which Metal Yoshida and Ryo Matsuda were filming when they cameo’d in last week’s episode of Saber. Produced exclusively for the Toei Tokusatsu Fan Club streaming service (think Netflix but for rubber and spandex), this is a two-part special that, when added together, equals about one full episode of new Gaim-based antics.

The truth is this is a totally throwaway piece of fluff that’s entirely at odds with the generally serious, epic tone of Gaim proper, and also gleefully non-canon as most Rider spinoffs are. With that said, by god it was nice to be able to see characters we actually know and care about, with actual jokes, shot by people who actually know how to film a scene. Maybe Saber has just led to a rapid lowering of my standards but this was a breath of fresh air. 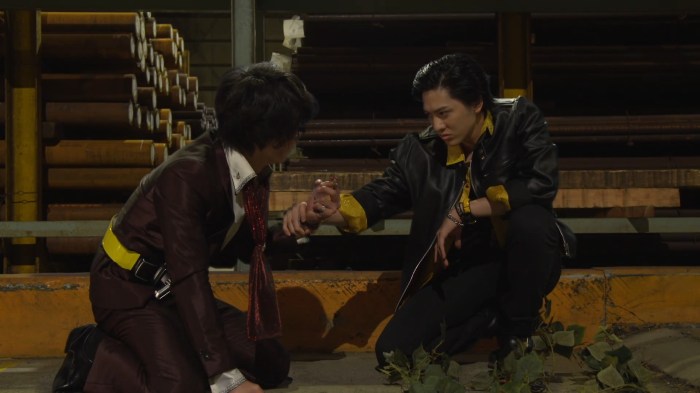 The odd-couple comedy relationship between Pierre and Jonouchi was always one of the most charming, underrated parts of Gaim, and Yoshida and Matsuda prove they’ve still got considerable chemistry together here. Elevating Jonouchi to smug pastry superstar (with astonishing 1980’s suits) is the exact right move to make the character as insufferable as possible, and the show wisely plays Pierre’s attempts to take down his former student almost entirely for goofy laughs.

Yuki Kubota as Taketora is a little flat, and it definitely feels like he’s there just to cash a cheque, but he’s never less than professional and we do get a chance to see Zangetsu’s neat Kachidoki Arms variant, previously exclusive to the Gaim Gaiden stage play. Bringing back Atsushi Shiramata as the dearly departed Hase is also a great above-and-beyond touch that manages to inject at least a little pathos into the finale and makes the subsequent battle that much more satisfying. Ultimately Gridon vs Bravo is a mere trifle, but it’s a tasty one that I’d definitely recommend fans of Gaim give a watch. 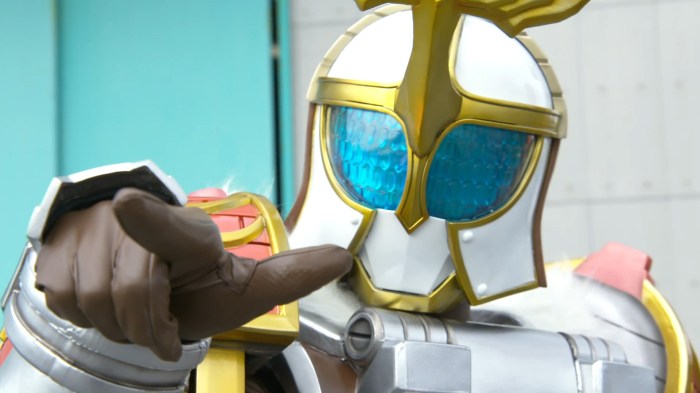