“These Feelings, Dwell Within My Blade”

With the the shield around the portal book weakening, Touma and his allies must confront Calibur and his forces and prevent the dark Rider making his way to another world.

I’m going to keep this fairly brief, because this is yet another episode which is nearly 100% fighting. I’ve spoken before about how Saber is experiencing a similar problem to Kamen Rider Build, in that the entire plot currently appears to be an endless series of battles against the same opponent. Since everyone involved is a major character, nothing meaningful can actually happen and so the fights inevitably end in effective stalemates, only to be repeated the following week.

Saber however is even worse than Build in that regard since we’re still comfortably in the first half of the show, whereas the endless battles between Build and Evolt didn’t truly become an issue until the final third of that story. Exacerbating the problem is the completely throwaway use of monsters-of-the-week in Saber. That means that we don’t really have anyone to job to the Riders except the main bad guys, who should really be kept at a distance right now to protect their power and mystique. Instead, we’ve got to have Calibur get his ass kicked over and over again by our heroes, while still believing he’s an incredibly strong and dangerous force.

“But Zigg!” I hear you say, “Kento died last episode and the death of a Rider and major character is a huge change to the status quo!”. In theory that’s true, but the actual impact on what’s happening is pretty close to zero. We get some perfunctory dialogue to start the episode off (including an unintentionally hilarious sequence where Touma somberly doles out his powerups) and after that it’s basically just three Riders whaling on Calibur and company rather than four. The entire episode is a good demonstration of one of Saber‘s major underlying problems – the fact that it keeps promising huge shakeups but in fact barely anything that happens has actual consequences.

Let’s take a look at Calibur’s plot arc for example. Firstly he’s presented as having been on a 15 year quest to reach Avalon. That doesn’t happen, but we don’t see him frustrated, disappointed or really reacting in any way at all. Then he reveals he’s not actually Kento’s father. This makes Kento mad, but doesn’t actually meaningfully change his relationships with anyone. The show has barely lingered on his former identity as Saber and certainly hasn’t given any indication it’s looking to explore his motivations in the near term. Then, last episode, he was spectacularly blown up in what seemed like a climactic duel. I even wrote that it seemed like the character would be taking some time out, but no, this week he just reforms himself and carries on as if nothing has happened. 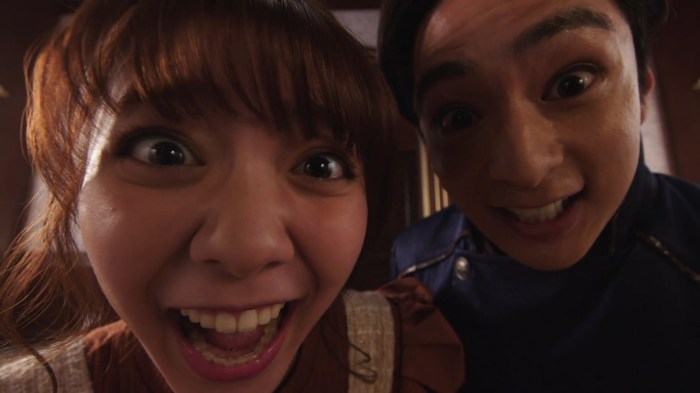 Supposedly the big headline event of this episode is Rintaro gaining a new powerup, but again this lack of regard for long-term consequence trips the show up. Firstly, we’re so grossly over-saturated with powerups (there has been at least one every episode minimum) that it’s hard to really give a damn. Secondly, there’s no sense of triumph because all Rintaro does to earn this powerup is stand around until Daishinji finishes pressing some buttons. There’s no drama because there are no obstacles to overcome. Even his late arrival is purely manufactured, since Touma seems to completely forget he has a powerup which completely wiped the floor with Calibur last episode.

I’ve seen some people argue that a kid’s show shouldn’t be subjected to such high level criticism, and I have to respectfully disagree. Because what we’re doing here is not high level criticism, it’s very basic, nuts-and-bolts story stuff that any narrative should be doing, whether it’s aimed at 9 year olds or 90 year olds. The fact that Saber continues to flagrantly ignore such basic necessities is deeply infuriating and the longer we go, the less forgivable it becomes. 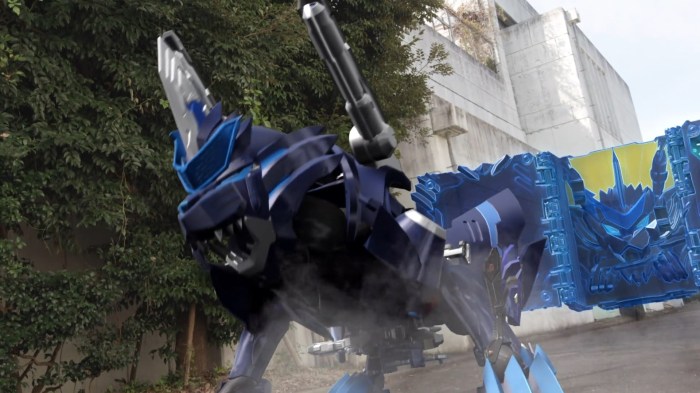