Countless parallel worlds have fallen to the evil Tojitend Dynasty, including the universes containing the previous 44 Super Sentai teams. Now, as the Dynasty’s world of Kikaitopia merges with our own, one human and four Kikainoids are all that stand in their way. Armed with the power of all Sentai, they are the Kikai Sentai, Zenkaiger!

It’s always a bit weird to me that Toei seems to schedule its big Sentai anniversary seasons on the 5’s instead of the 0’s. Maybe they just started the trends with the 25th anniversary show (Gaoranger) and decided to do it once a decade after that? In any case, Zenkaiger is indeed a milestone celebration as the Super Sentai series has made it to a staggering 45 consecutive seasons. What that means in practical terms is an entry that’s heavily self-referential, with plenty of call-backs and nods to past teams and, of course, merchandise associated with them to shill.

With that in mind, it’s probably for the best we’re slowing down the usual frenetic pace a little and introducing our team members one by one. This opener chooses to focus nearly exclusively on protagonist Kaito and red ranger Juran, and they both make a fairly solid first impression. Kaito comes off as a little bit of a nerdy goody-good, but that’s quite typical of Sentai leads and he’s not immediately annoying, which is always a good sign. Meanwhile Juran, with his desire to party and goofy mannerisms, seems like a lot of fun, and of course he gets bonus points for his powers being themed around Kyoryu Sentai Zyuranger, the show legendary to western fans as Mighty Morphin’ Power Rangers. What with all but one of the rangers being nonhuman this time out the suit acting is going to have to be up to snuff but I’m not particularly concerned since that’s always been a reliable strength of these shows.

As usual though the episode is completely stolen by the villains, who are particularly weird and wildly designed this time out. Masanori Takeda’s tank-tracked, wheedling scientist is already memorable, but for sheer evil wattage it’s hard to top Sentai legend Jouji Nakata playing a big bad who looks like a cross between a garden trellis and the Icon of Sin. I’m a bit less impressed with the crossover aspect though, with the idea of using previous teams’ powers implemented pretty uninterestingly here. Hopefully it’s something they can find ways to integrate in more meaningful ways as the show goes on. I’m certainly excited to see them try. 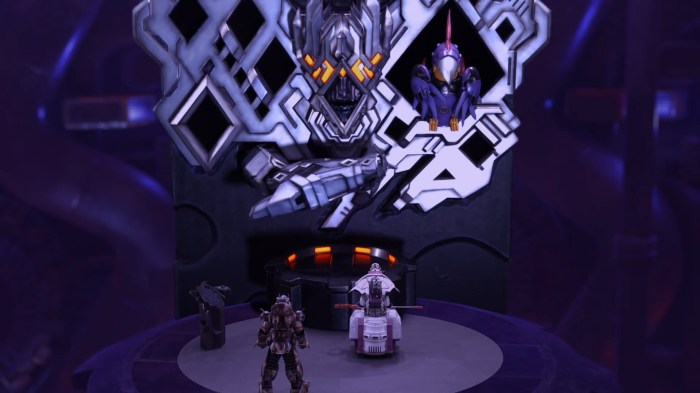 Super Sentai‘s been on a relative hot streak for a while compared to Kamen Rider, so here’s hoping it can keep it up, if only so we have something to fall back on when anime inevitably comes up short. I can’t say I’m exactly a fan of the whole anniversary situation (though I’ve heard good things about Gokaiger), since constantly borrowing powers from older, better Sentai shows casts a bit of a shadow over the current team. How are they going to differentiate themselves when they literally are offbrand versions of the old guard? Moreso than any given Sentai normally is, I mean. The CG Zord mode for Zyuran really isn’t doing any favors either.

Still, the show has some solid gags, including an imagine spot of Granny Ranger and Zyuran opening fire mid villain monologue. Speaking of the villains, there are some great wacky puppet designs; I unironically love the Big Bad being a giant wall with a single gloved hand creeping out (and being voiced by Joji Nakata doesn’t hurt). The staff on board also bodes well: head writer Junko Komura had the same position on personal favorites Zyuohger and LuPat, while director Shojiro Nakazawa’s body of work spans many previous Sentai/Rider shows. He helmed the reviled Ninninger, but the problem with that show was the writing, not the directing.

But really, as always, it’s always difficult to tell much of anything from the first episode of a Super Sentai show. We’re barely 2% in, what’s there to say about how the plot and characters check out? What I can say is that I enjoyed these first 20 minutes, and that’s at least a good sign. 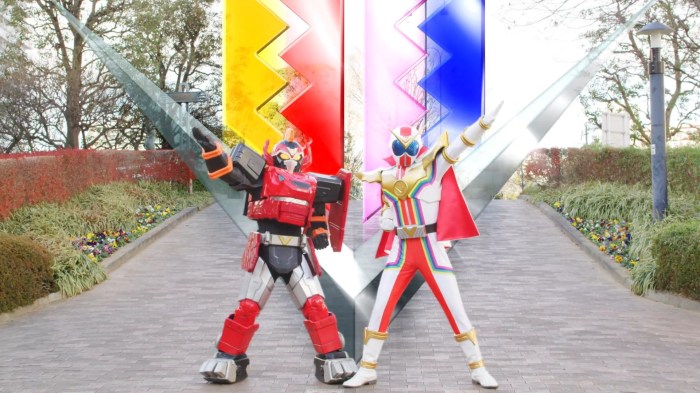 I’m not much of a Super Sentai guy personally, but there’s always something very alluring in checking out the first episode of a new series. I haven’t watched one of these in its entirety since Kyoryuger, but Kamen Rider Saber is ass and I’m more eager than usual to get my tokusatsu fix. Zenkaiger certainly makes a very good first impression.

Having a team comprising mostly of non-human characters is probably what I liked most about Kyuranger, so the mostly-robot cast is honestly very welcome. Beyond that it’s not doing a whole lot to shake up the Super Sentai formula, but it doesn’t really need to either; as much as the deluge of toys during the fight scene got a bit much, the episode was just a lot of fun.

I’m already a fan of Zyuran and his ‘hello fellow kids’ attitude, and we’ve got plenty of time to get more out of Kaito. Seeing the blue ranger working for the bad guys is also an interesting approach, and I’m sure we’ll see snippets of what’s happening there while the other rangers are joining the team. All in all I’m very impressed so far, and I’ll be checking out the next episode for sure. 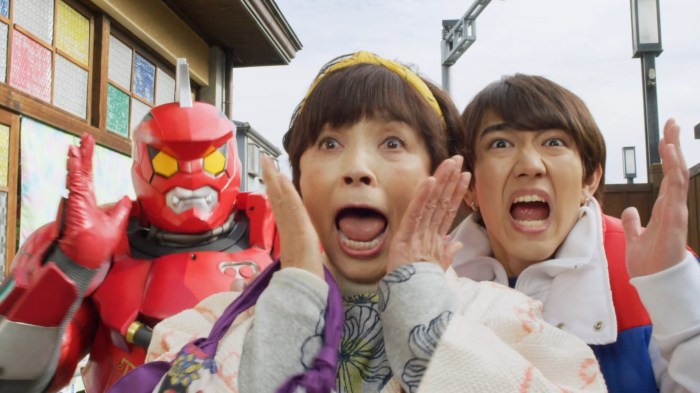