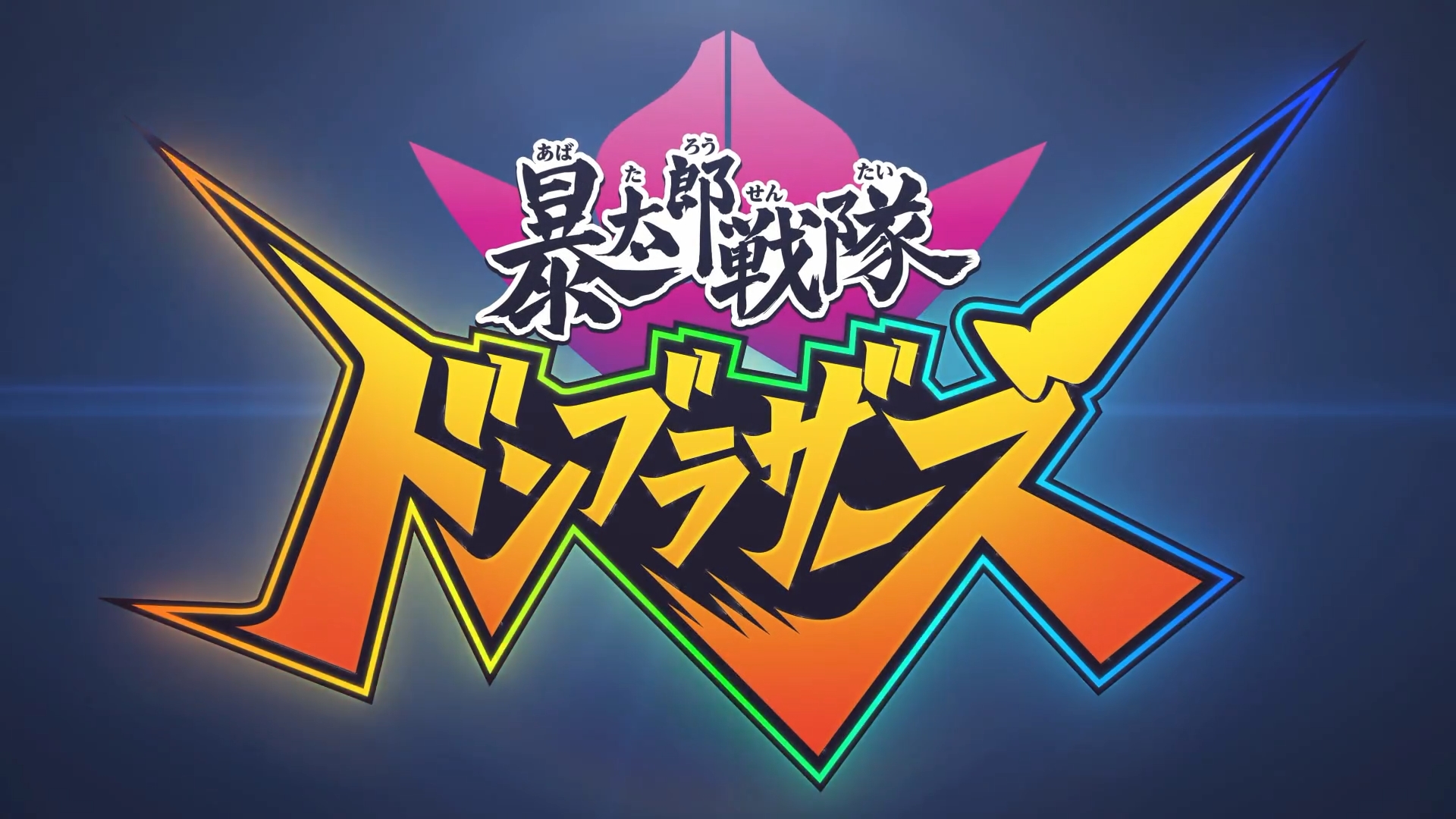 High school student Haruka Kito is having a hell of a week. Attacked by a monster, she’s rescued by an enigmatic hero figure, before a pair of sunglasses give her the ability to see a mysterious world beyond everyday illusions. They also mean she can transform and fight alongside other Momotaro-themed heroes as the Avataro Sentai, Donbrothers!

Put simply, Donbrothers is a mess. It’s also kind of a fascinating indictment of how Toei has treated the Super Sentai franchise over the past couple of years, and where that’s ultimately lead them.

While Sentai is easily the most recognisable tokusatsu franchise to us viewers outside of Japan, thanks to the influence of Power Rangers, in its home territory its status is a little less secure. That’s not to deny its place as a national icon – 46 years of continuous airing and countless parodies and homages ensure that – but it doesn’t possess the ‘favoured son’ status of Kamen Rider, nor the pioneering reputation of Ultraman. Crucially, it doesn’t possess anywhere near their financial muscle either. Bandai Namco’s latest earnings statement, for example, showed Kamen Rider predicted to bring in ¥30 billion in the 2022 financial year, with Sentai only managing a sixth of that at ¥5 billion.

Perhaps more importantly, there’s also the cultural shift to consider. As in the West, Japanese children have more entertainment options than ever before. Video games, especially on mobile, are a huge draw, while flashy Hollywood TV shows and movies boast budgets and special-effects that homegrown tokusatsu can only dream of. TV viewership in general is on a rapid decline, and Sentai is no exception to that, gradually losing audience share over the past couple of decades. This has led Toei to cut budgets and ramp up merchandising in an attempt to extract more money per viewer, while targeting younger audiences who are more likely to buy toys and generally more likely to forgive the lower quality of production. The audience drift has also meant that the tone of the franchise has generally lightened and moved towards pure comedy as its audience gets younger and younger.

So how is all of this relevant to Donbrothers in particular? Well, this show feels like it may be the tipping point where all of those pressures have finally combined to torpedo the show before it even starts. The past couple of Sentai series, Kiramager and Zenkaiger, have clearly been deeply compromised productions on miniscule budgets, but they rose above bargain basement status through goofy comedy and dumb-but-fun antics (and in Zenkaiger‘s case liberal helpings of continuity fanservice). I’m not getting that from Donbrothers, though it’s hard to make the call given how extraordinarily rapid and jumbled this premiere is. There’s barely a second that isn’t filled with flashy effects, explosions or garish graphics and it’s all rather overwhelming, even by the standards of hyperactive Sentai debut episodes.

More worrying are the large cracks already showing in production. A great deal of the prerelease debate about the show was focused on the decision to make two of the Rangers, Inu Brother & Kiji Brother, all-CGI creations, and I’m afraid everything that we feared about that decision looks to have come to pass. We only see Kiji Brother here but he’s simply awful, the lousy PS2-quality CGI instantly taking you out of the scene and the appallingly jerky, stuttery animation killing any momentum the fight scenes might have. It’s just a completely unforgivable decision that has almost no creative justification, and which one suspects was driven purely by an attempt to cut costs. Perhaps even more disappointing is the loss of the traditional man-in-a-suit giant robot, again replaced by lacklustre computer graphics that have none of the charm or character that made the old style of battles such fun. 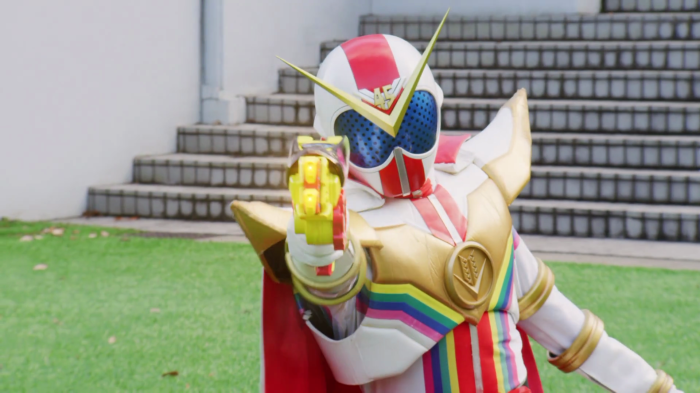 One of the more bizarre aspects of the storytelling here is the moves made to position Donbrothers as a direct, canonical sequel to Zenkaiger, complete with a returning character and many shared motifs, gimmicks, and bits of imagery. For the most part, and bar the inevitable crossover movies and DVDs, each Sentai show has been set in its own universe and told an independent story, so this move to a more unified continuous continuity is interesting at least and provides a hook for those of us rolling over from the previous series. The idea of starting the story from the ‘normal’ perspective of Haruka isn’t bad, but honestly there’s so little character stuff and so much whizz-bang action in the opener it’s really hard to get a grasp on if they’re really going to build her out as a character or just use the framing for novelty and easy jokes. One concerning issue is that Donbrothers‘s head writer is the infamous Kamen Rider scribe Toshiki Inoue, who has become something of a meme in the tokusatsu fandom for his complete inability to write characters communicating with each other. That’s not great for a team based show frankly, although his resume also includes the much loved Chōjin Sentai Jetman, so the jury is still out on his involvement at least.

It might seem like I’m being excessively harsh on Donbrothers, which is why I’ve tried to give as much context as possible. The criticisms I’ve expressed aren’t ones which have just popped up fully formed with this show, but rather stuff that’s been building gradually over several years with the franchise. That’s unfortunate for Donbrothers but at the same time Toei has made their bed and now they have to sleep in it. I’m truly rooting for the show to prove me wrong and become great, because I love Super Sentai and would like nothing more than for a new classic to emerge, but for now I think my scepticism is well justified on the available evidence. 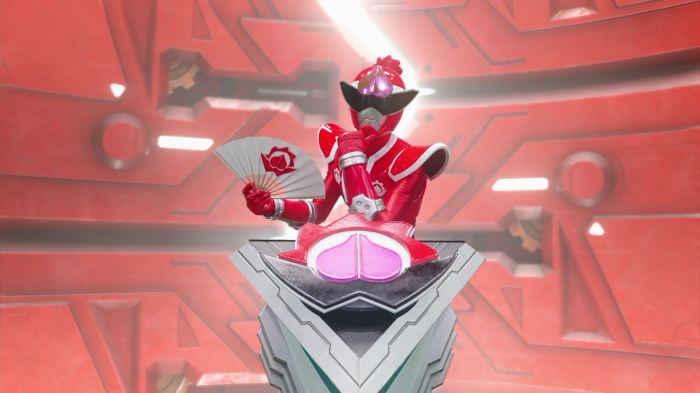 Euri’s verdict: Waiting For Someone to Drink a Refreshing Beverage

Zigg had warned me before going into this that it was a lot, but boy that sure seems like an understatement looking back. The show moves at a blazing-fast pace as it attempts to hit two or three episodes’ worth of story and character introductions.

There was a moment around the half-way point where it really dawned on me just how nuts this is. Without exaggeration, I would more closely compare this to Japanese commercials than to a sentai show – it literally just needed someone to start drinking a bottle of Fanta at the end. The determination to slam as much story as you can into what little time you have is very familiar.

I don’t know that I would outright call this a terrible show, but it’s undeniable just how much of a downgrade in budget and quality there is between this and the previous show, Zenkaiger. Having two entirely-CG characters is genuinely hilarious, but it’s not good, and it’s certainly not a positive sign for the franchise either.