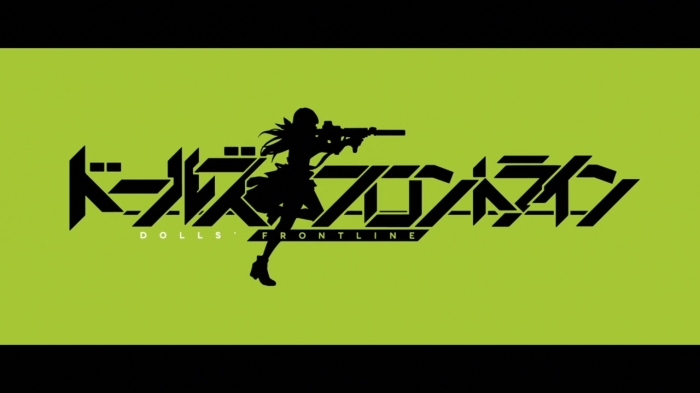 In the aftermath of World War III, Tactical Dolls (T-Dolls) are humanoid androids utilized in combat operations against Sangvis Ferri, a militant group of rampant AI that have declared war on mankind. 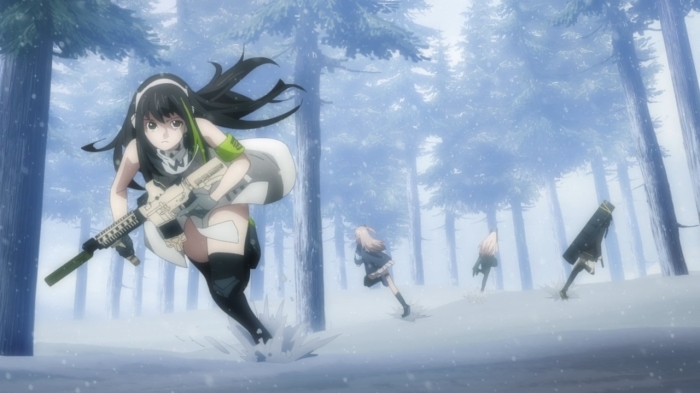 Girls Frontline commits the sin of every bad gacha anime adaptation of having a slavish adherence to its source material that leads to a situation of having both too much and too little to say. As a former fan of the mobile game this anime is based off, I could follow the events because I’d already played them in the original. The problem is that’s basically all the anime does. It especially doesn’t help that the early story segments of Girls Frontline are not very good. Like many gacha games, Girls Frontline suffers from some early installment missteps as the game struggled to find its voice. As a result, the anime’s choice to adapt the earliest and weakest material without any flair just isn’t a very compelling proposition. If the anime at least had some jaw dropping production values or its own sense of style, I could see it being worth watching for the tacticool anime girl spectacle, but so far, the animation has been workmanlike at best. Honestly, unless you’re a die hard fan who really wants to see your favorite gun waifus animated, I can’t see this being a good time. 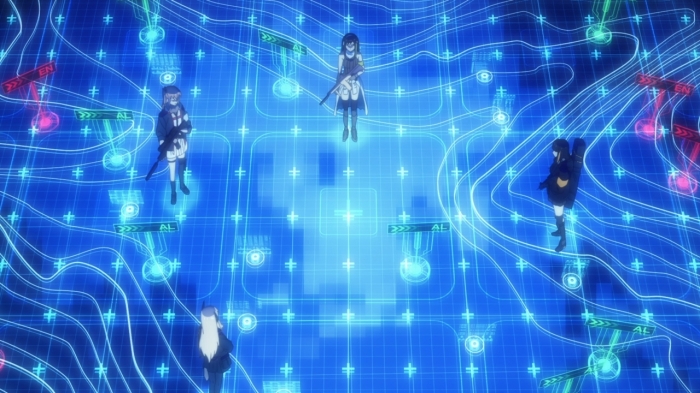 As someone who played a lot of the Girls’ Frontline game when it first came out, I must admit there was a fun novelty to seeing this animated. There’s are a couple of choices I liked, including choosing to make the player character from the game a woman. Beyond that though, this was a pretty average, by the book adaptation that does nothing to elevate the material. I don’t think the story is strong enough to carry an entire series. It would need to be a real technical spectacle, with fantastic animation and cool fight scenes. That’s not the case in this first episode, which does not bode well for what’s to come. To echo Gee’s thoughts, you’d have to be a real die hard fan to stick this one out. I don’t think I can do it, not even for M16 onee-san. 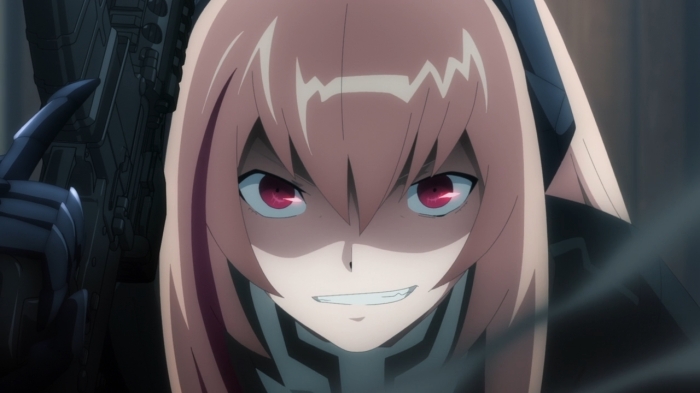 In post-World War III, continuous biological warfare apparently means that private military companies are now defending the land and its people (it’s unclear what people, exactly) from enemy android armies using androids of their own. Girl androids. Girl gun androids. Girl gun androids armed with guns, and also wearing mini-skirts and knee-high boots and maid outfits and stuff. Because of course they are – I mean, what else would you want your anthropomorphic gun girls carrying guns to wear?

Look, if you’ve seen Kantai Collection, in which the main characters are all moe chicks and also anthropomorphic battleships, you’ll know the kind of thing you’re signing up for here. In fact, as far as I understand it, the Chinese game that Girls Frontline is based on was itself heavily inspired by KanColle, so negative points for originality. Essentially, this show is here to glorify war and/or extremely specific weaponry while simultaneously allowing its viewers to ogle at said weaponry. No doubt there’s a target market out there for that, but I’m clearly not it. Next.