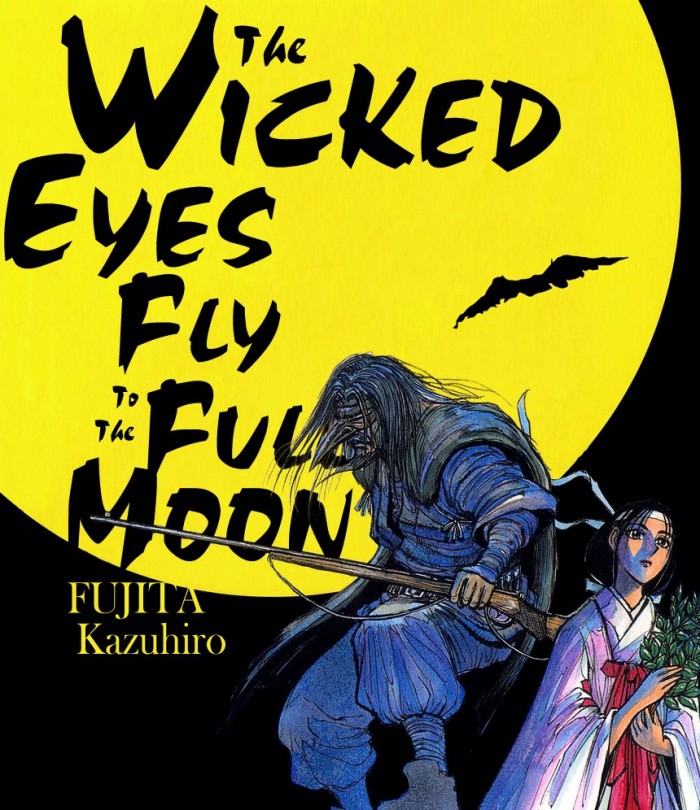 Sometimes I think that Random Manga Theatre is a fool’s errand, doomed to bad harem and romance manga and a bunch of mediocre one shots. Then I find stuff as amazingly odd as this thing, and all is forgiven. At least until next week…

Where to begin with this one? It can be summed up rather succinctly, at least: a demon owl has descended on the world for reasons unknown, and anything it looks upon dies. Rather messily, too – their eyes explode and blood streams down their face and everything. Thirteen years ago, a local master hunter managed to shoot it down, but before he could finish the owl off for good the American military showed up and took the creature into custody. Because it’s not anime unless America is run by a bunch of assholes.

So, now this crazy demon owl has escaped the military and is just flying around and murdering the hell out of everyone in Tokyo (by just having its eyes open, it’s not pecking anybody or anything like that), and the military higher-ups have put together a crack team of the world’s best sharpshooters and snipers to kill it. And the last person they need is our curmudgeonly old hunter, the only man to ever harm the owl, who now spends his time wandering the mountains, plotting to one day reclaim his prey…

Verdict: Amusingly Bizarre
This is just… plain weird, yet somehow incredibly entertaining. The very idea of this horrifying demon owl with giant death eyes manages to be hilarious, even as the manga itself plays it with incredible gravitas. Not that the incident wouldn’t be a massive crisis in reality, of course, and some of those aspects are dealt with accordingly. For example, they can’t just carpet bomb the seemingly-empty Tokyo, because there are still millions of citizens holed up in their homes and hospitals. It’s just that the premise is so odd I couldn’t help but be in a fascinated stupor as I read this manga. Shit like this and Crimsons are why I do Random Manga Theatre.