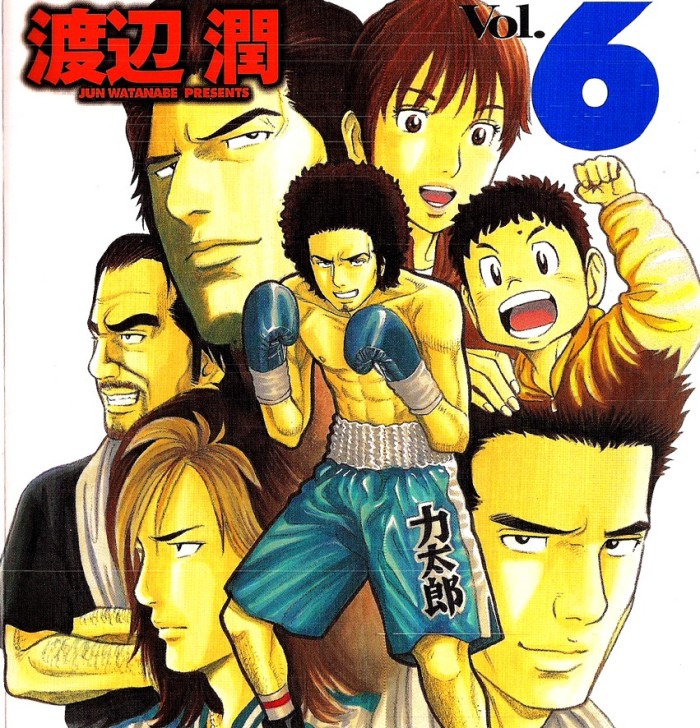 It’s weeks like these where I’m glad I do this feature. Sure, most of the time I stumble across a bunch of stupid and lame harem manga or something, but occasionally something like this shows up. Also, I write this same shpiel every time we feature a halfway decent manga on RMT. You’d think I’d have learned to write something new by now.

The real star of RRR (in both the sense that he is the main character and the element that pushes the manga to be greater than merely average) is Rikitarou, a hapless 27-year-old wannabe rocker. He’s good-hearted but lacks drive, sort of just lounging around his girlfriend’s apartment and playing in his garage band with a couple buddies. Of course, 27 is a special age for a rocker – Jimi Hendrix and Jim Morrison both died at that age, leaving the legacies of their music behind, and Ricky feels like he needs to do something equally dramatic with his life. 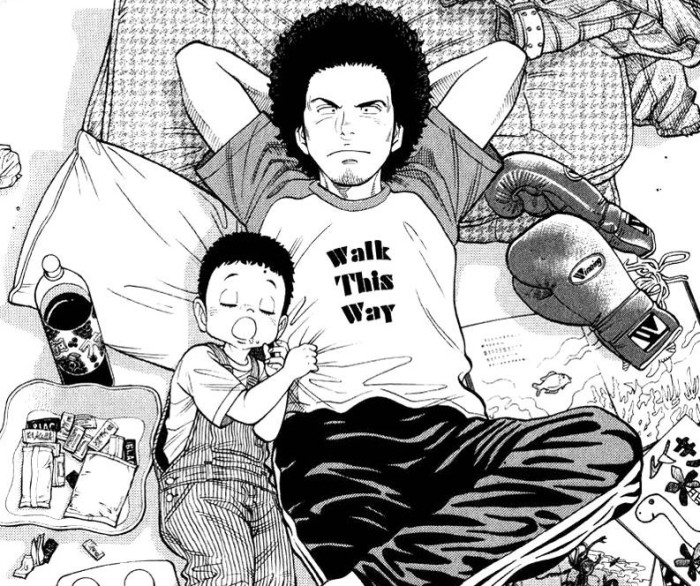 But, just as his band gets a shot at a record deal, a bunch of shit happens to Ricky all at once, turning his life around completely. With no real job prospects and a new young mouth to feed, our hero takes the only chance possibly open to him: reality TV. Rikitarou is recruited by the former boxing champion of Japan to be one of the stars on a new television show, where a couple of guys with potential are put through training from hell to see if they can pass the pro boxer exam. But 27 is considered quite old for a boxer, and Ricky has no previous training. Will he succeed?

Well, of course he will, since he’s the hero. But his struggles are what really make RRR good. Perhaps more than any other manga protagonist I’ve seen (and certainly more than your average harem hero), Ricky is an everyman. I’m one of the youngest members of the Glorio Crew, and already I have that feeling that my life has been wasted, that I’m not doing anything of value. True or not, it’s still something that I think about, and Rikitarou’s drive to care for his loved ones and finally accomplish something worthwhile is both an inspiring and relatable goal. You want to see him succeed and defeat every obstacle in his way. 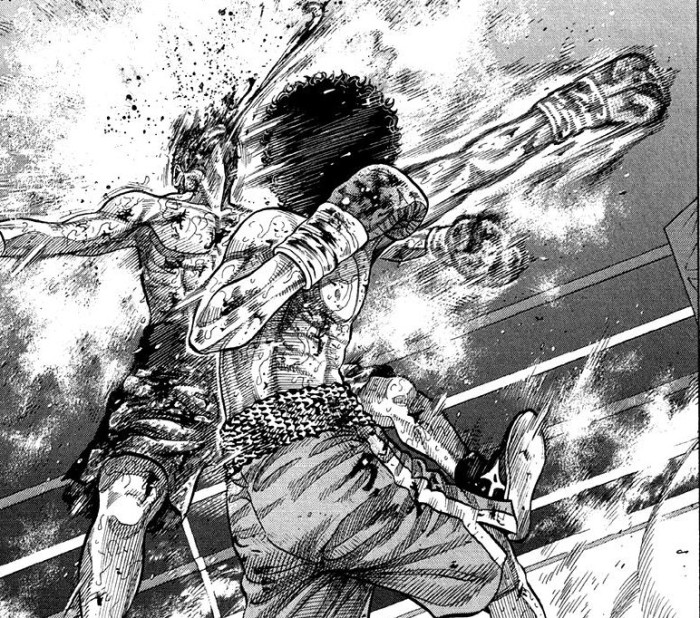 Verdict: Endearing
Honestly, if Ricky weren’t such a good protagonist, I’d see this as mostly average. The problem being, many of the plot elements that make Ricky such a good protagonist fall out of focus around halfway through, at which point it becomes a pretty straightforward boxing manga, and falls into all the same pitfalls as those. That isn’t necessarily a bad thing, but after the great first half about our everyman-rocker-boxer-single dad, it felt like a step downwards.

Even so, I gladly read RRR all the way through, enjoying it to some degree every step of the way. If you want something that can be described as the super abridged version of Hajime no Ippo meets Bunny Drop, then you’ll probably enjoy Rock n’ Roll Ricky.