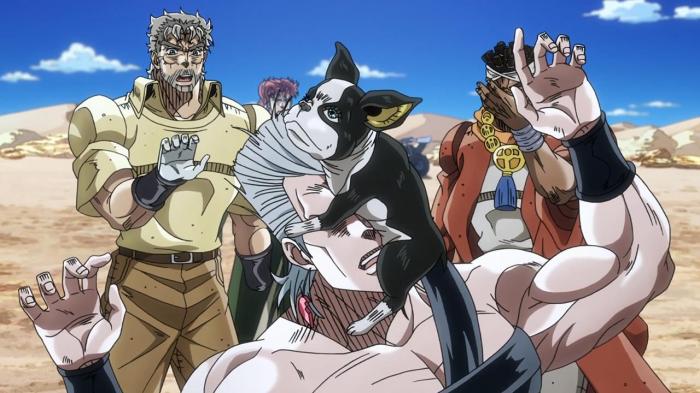 Aaaand we’re back! Iggy joins the party just as they’re attacked by N’doul and his Stand, Geb.

I feel like this battle marks the point where JoJo‘s fights start to become more interesting. The Stands up until now have all been relatively simple: Dark Blue Moon was strong in the water, Empress attached to your arm, and High Priestess transformed into minerals. The powers were varied, to be sure, but most of them could be defeated with judicious application of ORA ORA ORA. Starting with Geb, our heroes have to start thinking harder about what enemy Stands are capable of and how they can exploit their weaknesses, much like they did during the battle with Hol Horse and J. Geil. They get to fight smarter instead of harder, and that’s the real strength of Stands as a narrative device. Monster of the week just plain isn’t that entertaining if it’s always solved with a punch to the face, and as we go forward JoJo mixes up the formula so that ORA ORA is more of a reward for being intelligent than as a means to an end. 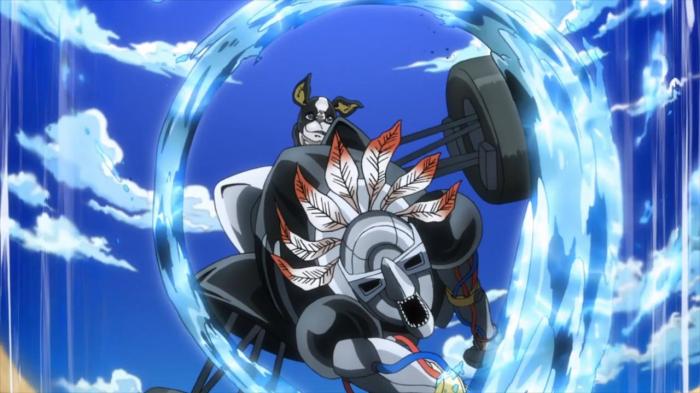 This battle also introduces Iggy, the Stand-wielding dog, which isn’t that strange after Strength and its orangutan user. I’m fairly certain there’s at least one Stand-wielding animal in every single JoJo arc that has Stands at all. The Fool controls sand, which is pretty convenient for a show set in the middle of the desert, and allows for all manner of versatile uses. Considering that Jotaro tends to be stoic more often than not, Iggy’s basically fulfilling the role of the team asshole, chewing bubblegum and taking names. I’ve always liked Iggy partly for this reason, as being a tiny animal lets him get away with dickish behavior that would be completely insufferable if he was human. But instead he gets to troll Polnareff and fart in his face. Everybody wins!

Next week carries the promise of the Oingo Boingo brothers, which is one of the sillier fights in Stardust Crusaders (and considering some of the other stuff we have coming up, that’s saying something). Look forward to it.