“Two Geniuses? No Thank you!”

Emu is surprised to find that CR already has a Kamen Rider onboard, namely the Director’s son Hiiro Kagami. A brilliant but cold and unfeeling surgeon, he takes to the field as Kamen Rider Brave.

After the flaming car-crash that was episode 1, Ex-Aid needed to improve fast to avoid collapsing into total worthlessness. I’m glad to say that this second episode is vastly better than the first, albeit often dogged by the same problems. Still, by leaning away from hyperactive gimmick introduction and into character development and interaction, Ex-Aid shows that it may have a chance yet. 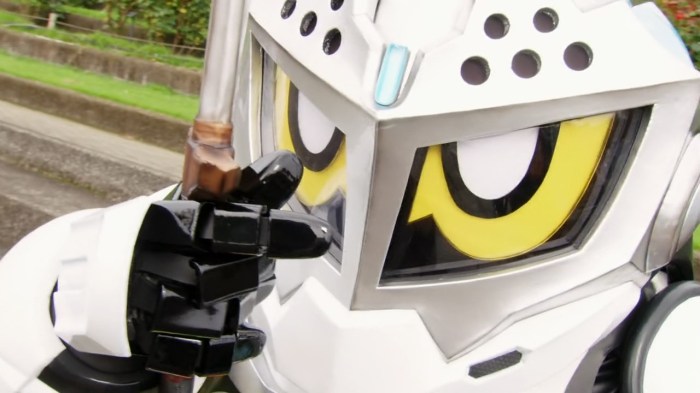 The way it does this is by falling back on one of the oldest and most battle tested of all Kamen Rider tropes – the hyper-competent rival who is also a massive jerk. Hiiro fits the trope to a T, but he’s also a pretty great example of that archetype, and an important foil for the ultra goody-goody Emu. With a (not unexpected) lack of villains this early in the story, it’s important to have some sort of antagonistic force and the ideological clash between the two promises some sold character development for both. Hiiro being the director’s son is an interesting wrinkle which may or may not play a big role. I’d like it to but I’m not sure Kamen Rider is the show to go into an in-depth treatise on nepotism (especially given how complex the parent-child relationship is in Japan).

Elsewhere, many of the problems from the first episode persist. The fights are slightly less hyper-kinetic this time and Brave having a cool sword helps a lot. But it’s still way too dependent on flashy special effects and crazed camera moves to be very satisfying. It’s very disappointing that they confirm the ‘chibi’ level 1 forms are plot necessary, as I was hoping that they would hawk them for a few weeks then just start ignoring them. Even the weird poop-monster looks a bit better this week, though that’s hardly a high bar to clear.

Overall, Ex-Aid became far more watchable as of this episode, but it’s still far from compelling television. We’re going to have to see another leap in quality next week if it’s to become a favourite round here. 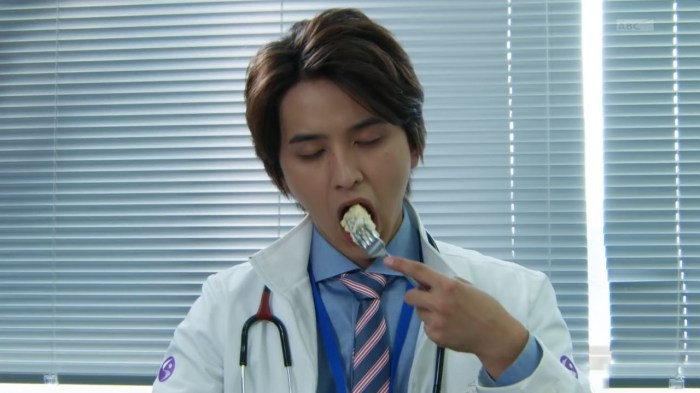