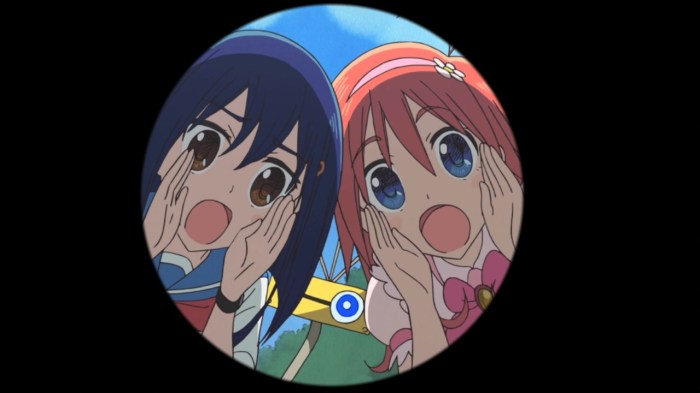 Thursdays 9:00AM EDT on Crunchyroll

Papika shows up at Cocona’s school and attempts to integrate herself as a transfer student. Cocona is initially sceptical but when her pet rabbit(?) Uexkull falls through a portal to Pure Illusion, the girls are forced to team up and chase after him. 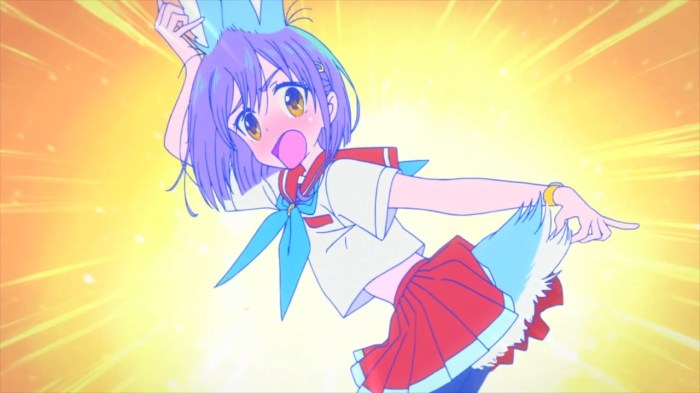 Any fear that Flip Flappers might somehow lose its bizarre and surreal edge after the opening episode should be rapidly assuaged – if anything this second installment is even weirder than the first, and more obviously plays into the psychedelic trappings which many people ascribed to the show almost immediately. What’s good though is that this episode also spends a significant chunk of its runtime on ‘real-world’ happenings that both serve to develop the characters and give a little more context to what’s actually happening. Only a little mind you.

Almost the entire first half of the episode is set in what passes for the ‘normal’ world in this universe, with the opening minutes even obviously paralleling the shots form episode 1, all the better to play into the ‘was it a dream’ narrative? It’s also useful for establishing that Cocona has actual friends and some semblance of a normal life, which makes her fear of the danger Papika lands her in that much more resonant. A lot of ‘magical journey’ narratives rely on a protagonist who has nothing to lose, but here Cocona has an (admittedly limited) family and a group of friends to come home to. Throwing Papika directly into the mundanity of a very stereotypical school setup just highlights her craziness that much more, which the show plays for great comic effect. Her insane stalker vibes become even stronger in this episode, but to Flip Flappers’s credit it seems to know this and uses that both for humour and to further emphasise her alien nature. 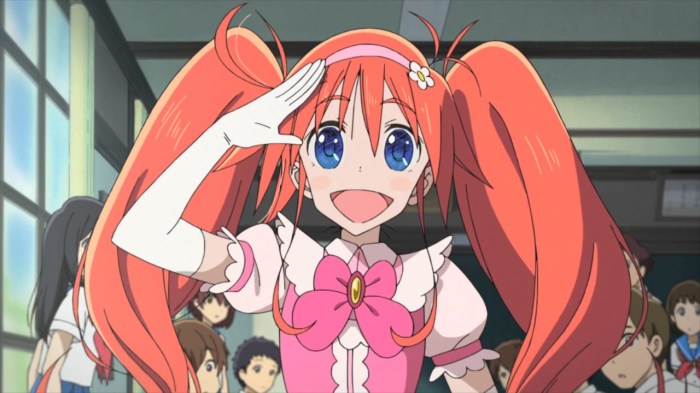 If the first half of the episode is all about grounding characters though, the second half goes even further into rainbow drug-trip psychedelia. We made quite a few Alice in Wonderland comparisons last week but the comparison is even more explicit this time, what with the tumbling down a hole and the rabbit imagery everywhere. Papika transforming from a giant multicoloured strobing bunny-blob….thing is perhaps the most LSD trippy the show has gotten yet, and the rolling pastel backgrounds are straight out of a children’s book or a 60s album cover.

In contrast, once the danger begins the show shifts to a very rough, industrial style, with lots of machinery and dark, colour-drained environments. It’s a classic marriage of thematic and artistic styles, heavily used by Studio Ghibli among others – the natural world is a warm, inviting paradise of bright colours and soft art, whereas the evils of industrialisation are represented as a dark, dangerous and encroaching force. I’m not really sure if Flip Flappers will pursue that as a theme, but it works very well in this isolated instance. 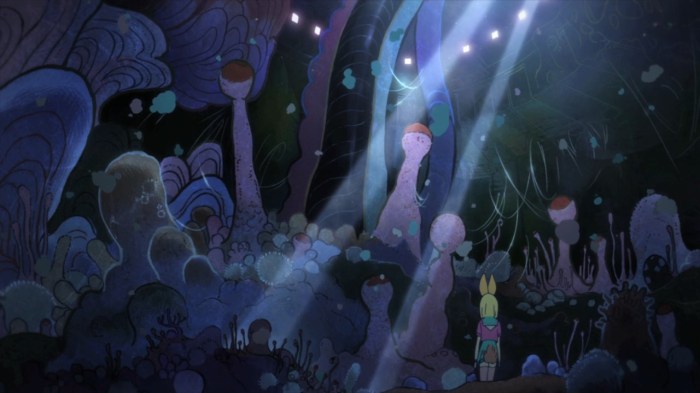 The last key element of this episode is the formal introduction of ‘Flip Flap’, the secret agency that appears to behind Papika’s mission. The setup is presented as equal parts crazy spy-fi (the secret base), quirky anime ‘For science!’ insanity (the bizarre travel methods, the proper nouns for everything) and actual genuine menace (Dr Salt). The script is deliberately vague on what their precise motives are – ‘liberating’ Pure Illusion could mean any number of things, not all of them altruistic. It’s a good way of maintaining the air of mystery that has cloaked the show so far while at the same time pushing forward a bit, and that ominous cliffhanger is just fantastically terrifying. Flip Flappers continues to be top notch TV and I’m more intrigued than ever as to where it’s going to go. 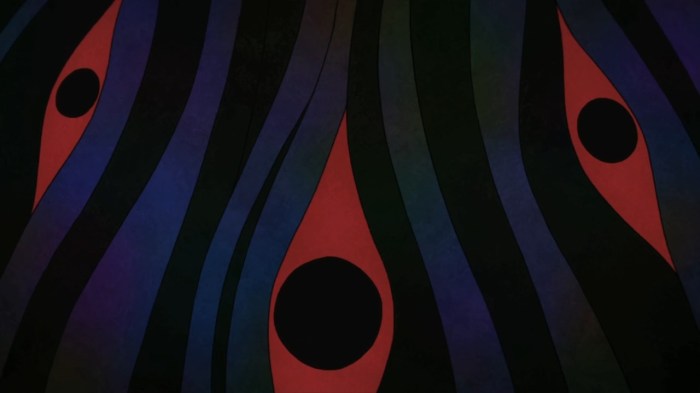