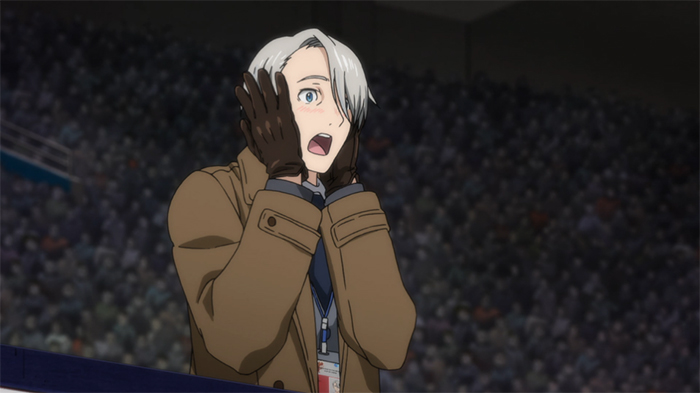 This weeks shows were good blah blah OK enough of that… Yuri On Ice episode 7. Wow. No spoilers but I guess it was, in fact, born to make history?

Jel: This came a little too close to being an actual beach episode. Yes, we were reminded that Kuzu-P is deplorable human garbage, but the director seemed to enjoy lingering on the girls’ photo shoot for longer than we needed. Fortunately the latter half of the episode got pretty real, raising some pretty big questions beyond pursuing voice acting. You could insert any difficult to pursue career into that tough decision everyone has to make in their 20s – do you pursue your dream, or do you find something more stable and settle down? Seeing the effort the older girls put forth despite the pressure from their family makes it all the more heartbreaking when it’s wasted on a dud project like KuuSure. It’s a harsh reality, but the most relatable one we’ve seen in Girlish Number yet. 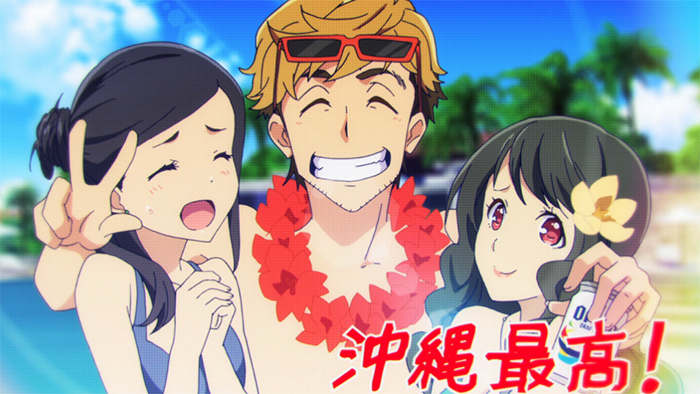 Artemis: Before going on to talk about the magnificent second half of this episode, I want to dispense with the first – which, in all honestly, I think fell a little flat. I have the same sorts of complaints as I had the previous episode, only with the addition of the humour by this point seeming repetitive (I get it, everyone laugh at the over-the-top and angsty, heartbroken Russian). I’m betting Christophe’s voice actor was having a ball with his own sexed-up performances (and so he should!), but by and large these side-characters are necessary yet comparatively bland distractions for the real heart of the show. But hey, if Yuri’s humour and more serious moments seemed at odds this week rather than seamlessly integrated as usual, how about that climax, huh? Can we all just take a minute to appreciate that this relationship is now canon, on a mainstream, non-BL television anime? That’s not just cool – that’s rare and wonderful in more ways than I can possibly write about here. So while I’m more than okay with criticizing this show where I think it ought to be criticized, holy crap you guys. Talk about making history.

Aqua: Well, this episode sure was a lot to take in, huh? Hot springs, pillow fights, boat trips, shrine visits, anime sicknesses and supernatural battles against actual ghosts all in a single episode? All the clichés get a lot more manageable when you blaze through them at the speed with which Kiss Him, Not Me shreds through its source material – and besides, as long as they only keep the jokes and cut all the fluff, I’ll happily take it. Amidst all the wackiness, the best parts of this episode worked because they tapped jokes out of a barrel many other anime about otaku characters tend to ignore: anime’s tendency to reinterpret real-life locations, people and events in a way that is often at best cursory and at worst blasphemous. Want an example? Look no further than the show being discussed directly below. Anyway, the boys’ (and locals’) reaction to Kae’s sudden interest in local history makes for some clever laughs – especially when actual historophile Mutsumi gets involved. While his maturity and genuine, unconditional care for Kae already make him my favourite of her (male) suitors by a pretty wide margin, his classiness pretty much saved the episode’s entire second half from being a bizarre, ill-advised shift in tone and genre. It won’t be the last time Kiss Him, Not Me takes a trip off the beaten path, but I wonder if this adaptation will stick around for long enough to bring us the next one. 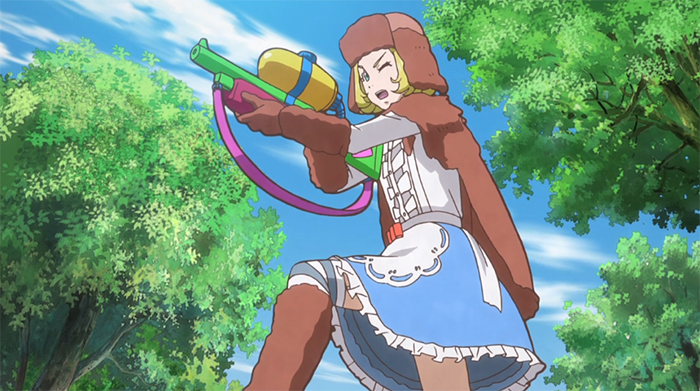 Jel: Motes’ little stunt this episode dragged on for way too long, to the point where I was getting extremely irritated and impatient around the halfway mark of the episode. On paper escalating the situation was a good joke, but man it felt like it took forever to get to the point. The pay off was worth it though as Motes’ second Musik might have been the most impressive one yet. It was rather amusing to see someone so carefree and harmless turn into something so dark and threatening, yet they never take it so far that it felt out of place with the show’s weird and silly tone. It was also just good to have an episode that wasn’t about Kanae trying to collect rent for a change, and I hope it stays that way. With enough episodes to give the rest of our weirdos a second Musik sequence, I’m looking forward to seeing where we go next.

Jel: So many good things happened in this episode that my brain is swirling trying to decide where to start. Takahashi is the most notable new element, and I love that he’s a real thoughtful guy and not a stereotypical meathead jock. He also makes a nice catalyst to get Rei to open up and highlight how close he’s become to the sisters. Maybe I missed it early or maybe we just weren’t supposed to know yet, but I had no clue he had been keeping his Shogi career a secret. The reveal was pretty amusing, but I think my favorite moment (besides the cat ED, just watch it) was Rei’s spot on observations about Hina’s personality. Funny disembodied heads aside, his thoughts show how much depth and strength the girls have. It makes the cast really endearing, and the show in general a joy to watch.