Sentou, Banjou and Kasumi fight their way deeper into Pandora’s tower, while Sawa and Misora uncover some shocking truths about Banjou’s past.

This episode kind of goes some way towards calming down and explaining the madness of the last few weeks, then takes a hard lurch into even more craziness by the end. With that said, there’s definitely more intrigue, and fewer wacky reveals, and so for those reasons I liked this episode a fair bit more structurally than some of the stuff the show has been serving up recently. 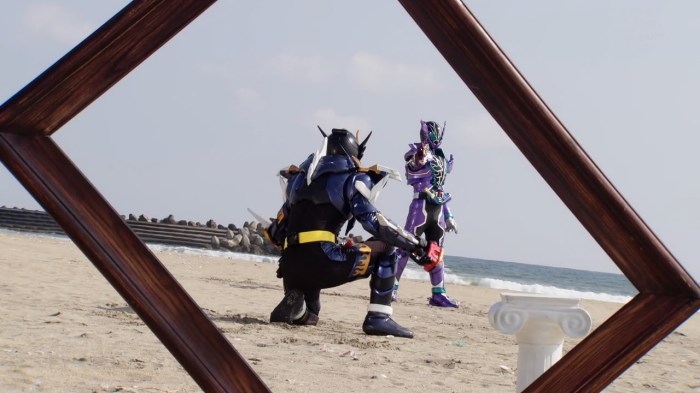 I think the main reason for this is the return of Stark to prominence, and the foregrounding of his Banjou-centred plot that has been ticking away for quite a while in the background. As ever, Tetsuo Kanao does a great job at voicing Stark, really playing up his grandstanding and psychological torment of Banjou, and the script backs him up with some decent lines and a scenario which walks the line between convoluted and realistic well. I don’t even mind that we go back to the ‘dead girlfriend’ well one more time, since it’s thematically appropriate here and ties in well to the situation that our heroes find themselves in. Consequently I think this is the most psyched for a powerup I’ve been in the whole run of Build up to this point – it really feels like Cross-Z Magma is earned rather than arbitrarily thrown in like the earlier super forms have been. Sure, that giant bucket is kind of dumb, but it’s charmingly so and the form itself is cool looking to my eyes. It just goes to show the old Kamen Rider axiom that anything, no matter how silly, can feel great if you take the time to build up to it properly. 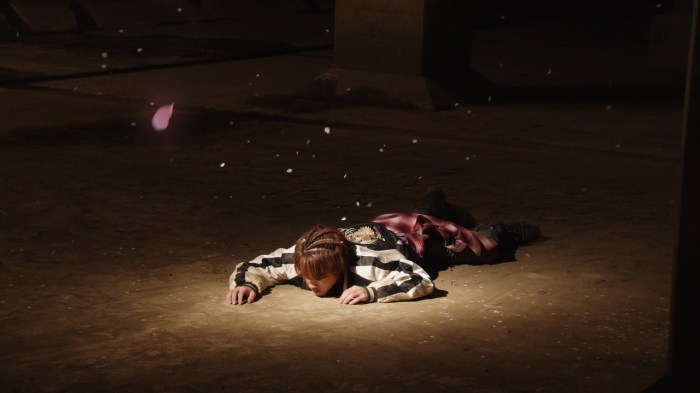 Unfortunately, I can’t really say the same thing about this episodes ‘B’ plot, which continues the series of insane revelations around the alien storyline which has come to dominate the show in recent weeks. Some sort of alien parasite hitching a lift to earth and then infecting a woman and her unborn baby is already deeply pulpy bordering on ridiculous, but then a bunch of extremely dubious coincidences – the Nanba connection, Banjou’s convenient amnesia etc – just conspire to make it feel like an extremely forced and inorganic plot development. Again, if we’d seen some foreshadowing for this, and if these details had been seeded into the story earlier on, this twist might be more palatable. But instead it’s all dumped in a few minutes and that makes the artifice of it that much more apparent. The idea isn’t bad but the execution is sloppy and amateurish, something which has been a repeated problem for Build from the get go.

The ultimate example of this is the revelation that the scientist who experimented on Banjou is none other than Sentou’s dad, Shinobu Katsuragi, a revelation that had me instantly rolling my eyes in disbelief. There seems to be a persistent belief, especially in genre fiction, that having everything tie into everything else is super important for making your world coherent. That’s true to a certain extent, especially in a conspiracy thriller like Build is trying to be. But overuse just makes your universe seem small and restricted, and reliant on increasingly improbable contrivances to hang together, and that’s definitely the feeling I got here. We’ve heard neither hide nor hair of Sentou’s dad before this precise moment, and that’s even taking into account we had an entire two parter focused on Katsuragi’s family! That’s not even mentioning the fact that the ‘evil dad’ storyline is just so impossibly overused, particularly in Japanese fiction, that seeing it crop up again here causes nothing but exasperation. Maybe Build can do something interesting with it, but for me personally it was a worrying note to end on.