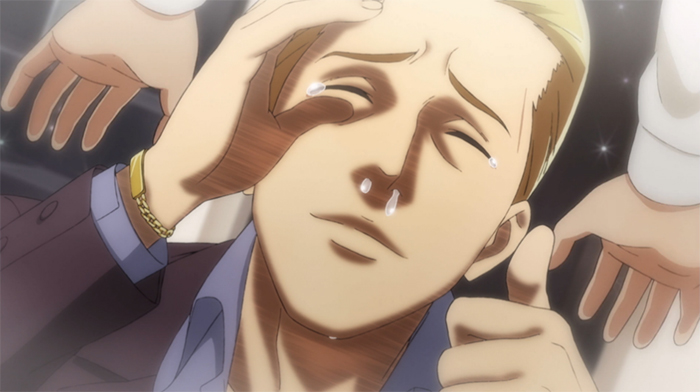 Jel: ​My concern after the first episode was whether or not this show would correct the main characters’ flawed thinking and poor life choices and, to their credit, so far they have. As frustrating as it may be to watch Tsutsui’s nerd persecution complex and Igarashi’s possessive jealousy, the point is they realize their mistakes and try to be better people. That was probably more evident than ever in episode 3, introducing a new classmate to test their relationship. I wanted to punch my monitor in the first half but by the end I was kind of happy they found a new friend. Hopefully they can keep that up. 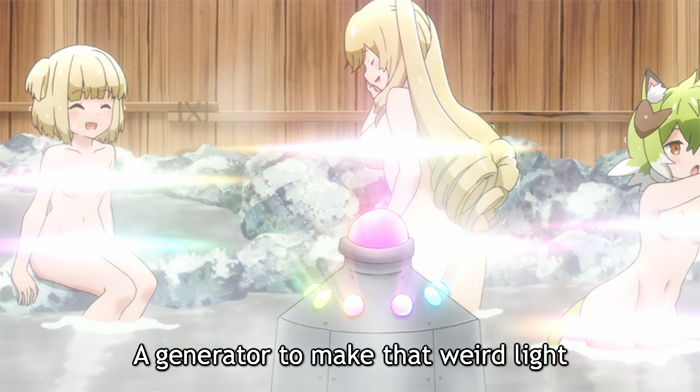 Last Period – So THAT’S how it works!

Jel: ​I was wondering where this show was going to get enough joke material to fill an entire series and I guess expanding from gacha parody to anime in general opens up a lot of possibilities. Sure I rolled my eyes a bit at playing the hot springs card in episode 2, but that was the entire point. The show just has a good sense of humor in general, and in this episode I particularly liked the recurring jokes with the mayor and rolling the 1-star monk. That’s the kind of dumb comedy I can get behind. Throw in WISEMAN’s antics and Last Period might be able to stay fun for another 10 episodes.

Jel: ​Moving away from the time travel angle is a smart move. While AI is certainly not a new and fresh topic either, it has a lot less mileage on it as far as science fiction stories are concerned. More importantly, it feels like a fresh story for Steins:Gate. It will be interesting to see how Okabe can pick Kurisu’s AI brain to presumably save her since right now I have no clue where they’re going to go. I’m not super crazy about the new scientist girl as a potential love interest, but other than that I kind of like what I’m seeing so far.

Marlin: Steins;Gate 0 has found the best way to capitalize on the story development from the original series: cashing in Okabe’s relationship with Kurisu as the driving force for his involvement in this new story. The idea of him bonding with Maho over their shared experience of friendship and grief was moving and realistic. In the scientific world, geared highly towards connections, what better way for Okabe to find out what he wants than getting to know the scientists personally? I was also surprised and impressed by the depiction of A.I. here. Maho never makes any illusions to the idea this could be a real person. Kurisu is dead, in this timeline at least, and no attempt to fake her will bring her back. Okabe breaking down crying when it has the same mannerisms and spunk as Kurisu really got me. Still, I wonder how long Okabe will be able to handle communicating with Amadeus before some part of him breaking. I’m also looking forward to seeing where the A.I. works into the overall story. Steins;Gate is back, and quickly proving that its place as “the good semicolon show” is not unwarranted. 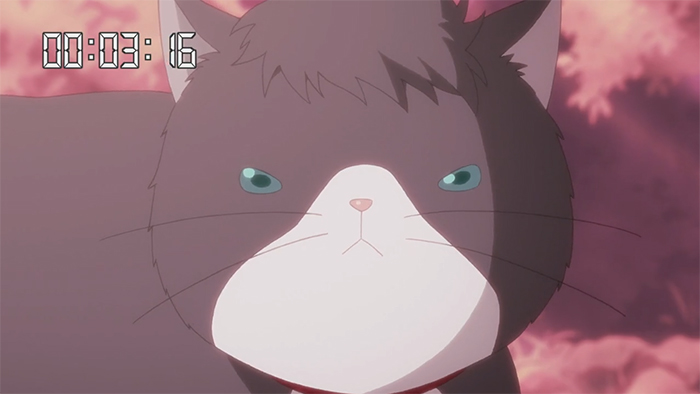 Jel: ​This show is much better with Nyanko Big as the main character. Viewing this pretty, conflict-free romantic comedy through the eyes of a grizzled, middle-aged cat was pretty entertaining. I’m sure things will be back to normal next week, but I’ll take what I can get. Looking at the big picture it seems like they’re going for an EXTREMELY slow burn on the romance angle as we get our first few hints there might be something going on with our main couple. I appreciated they left Teresa’s impure thoughts about Tada to our imagination and conveyed them entirely through directing, but at this rate they’re going to need at least 24 episodes to get these kids together – or maybe set us up for a follow up movie with a big confession and I can draw yet another comparison between this show and Tamako Market. We’ll save that discussion for another time.

Jel: ​I was hoping this show would be more unique since it’s about adults but aside from getting the characters together faster, I don’t know if it’s really making much of a difference. All that comfortable, honest dialogue from the first episode went out the window, and the supporting cast/couple is kind of insufferable with their outdated ideas on men, women, and dating. If Hirotaka wasn’t so smooth, I’d almost consider dropping it. His cool confidence and genuine love for Narumi are enough to carry the show for now, but I hope things improve going forward. 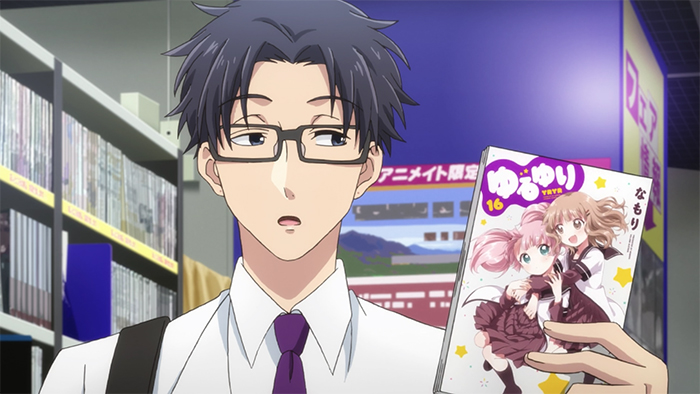 Wotakoi – Shout out to Yuru Yuri I guess?

Jel: ​This was the first time Hinamaturi did some things I didn’t like, or at least that raised some flags. Forcing Hitomi to work at the bar felt pretty uncomfortable. I kept waiting for a sweet, gentle moment to diffuse the situation the way the show has done several times already, and it just never came. Utako’s willingness to put Hitomi’s school career in danger for a quick buck feels out of place with the tone of the show. The other bit may be me reading too far into things, but Hina’s dream where she frames her jealously toward Anzu in the context of a date just… look, I’m not saying they’re going to go anywhere with that but stranger things have happened. Anzu’s homeless adventure and the last joke cutting off Nitta’s reaction to Hina’s “housecleaning” were good though, I still have faith in this show.

Marlin: I understand that this show is going for a darker kind of comedy, but I have to agree with Jel that Hitomi’s scene took me out of it a bit. Thankfully, the rest of the episode is great, with some life lessons in the tough reality of trying to make it as homeless person. It honestly gives the darkest jokes of the show, and emphasizes the ridiculous nature of such a young girl being on her own. Stay in school, kids!

Jel: ​I had trouble finding things to write about every week with the first season of Amanchu! so I was on the fence about covering it again. I decided to stick with it because I just don’t want the world to forget about this lovely show. Fortunately it looks like they’re willing to throw in some curve balls like Pikari making a new friend and the fact that it’s going to be autumn soon. I’m curious to see what the crew will be up to while it’s too cold for diving. So long as it stays as sweet and positive and encouraging as it always is, I’m sure everything will be fine. Episode 3 particularly delivered on that front, so we’re probably good.